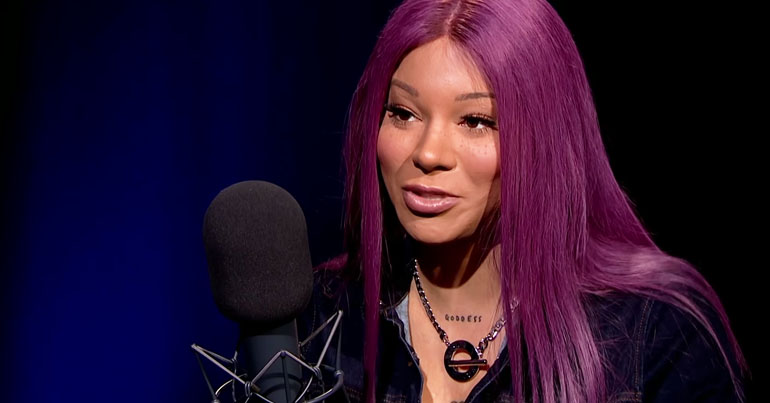 The National Society for the Prevention of Cruelty to Children (NSPCC) “cut ties” with trans activist Munroe Bergdorf on 8 June. Three days earlier, Bergdorf announced that the charity’s phone support service Childline had appointed her as its first LGBTQI+ campaigner. But a Twitter campaign led by a Times journalist resulted in Childline dropping Bergdorf. And one person explained exactly why the campaign was so effective.

Bergdorf said she was “unbelievably sad” about the U-turn, and also pointed out that:

She also pointed to Turner and transphobia as reasons for the charity’s move.

While the NSPCC hasn’t announced its reasons publicly, another trans activist explained how just a few people can have a big impact via social media.

Twitter user Helen explained that Twitter can amplify a message because “all ‘likes’ and ‘retweets’ are created equal”. The effect is to make a single tweet seem like “wave upon wave of negativity”. And when backed up by an apparently reputable source, the tweet may cause someone “like NSPCC CEO Peter Wanless” to “freak-out and scramble”:

It’s no wonder they freak-out and scramble to respond without considering WHO is behind such activity- especially when seemingly ‘endorsed’ by a Times journalist! pic.twitter.com/T27kxzR4NN

As a result, it took only a few individuals to have a big impact. Helen pinpointed the source of the claims about Bergdorf to a Twitter account called the Safe Schools Alliance. And its message was repeated by Turner: 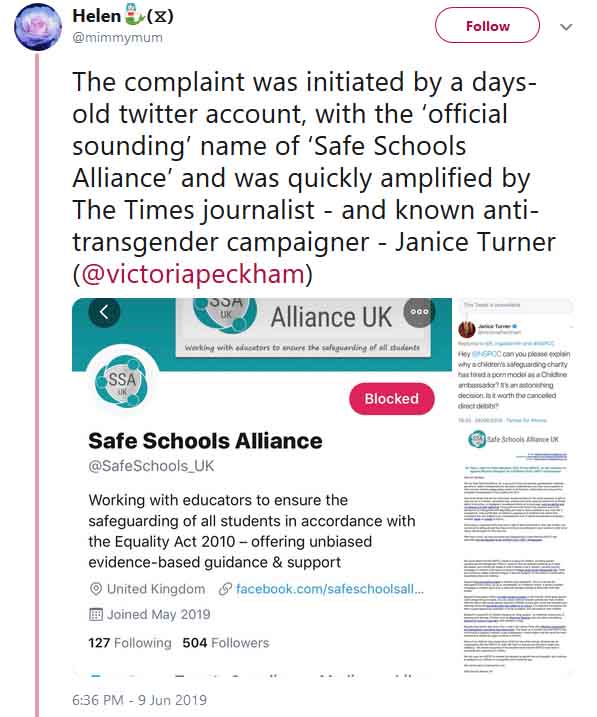 The Safe Schools Alliance account was set up in May 2019. At the time of publishing it had just 11 tweets and a few hundred followers. Despite this, Helen explained, the group had a direct line to thousands of people through Turner: 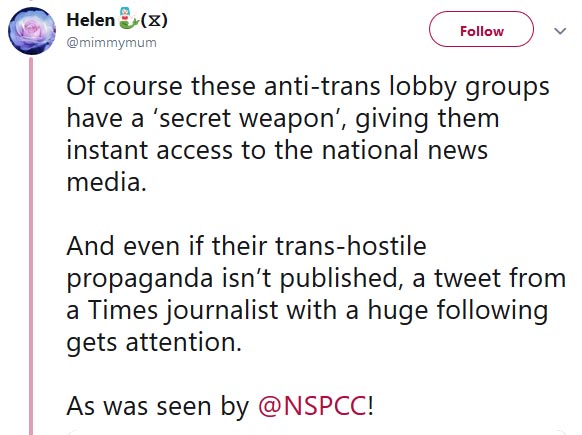 Helen estimated the trio brings together a few thousand “hard core” anti-trans activists with a wider circle ready to participate in online attacks: 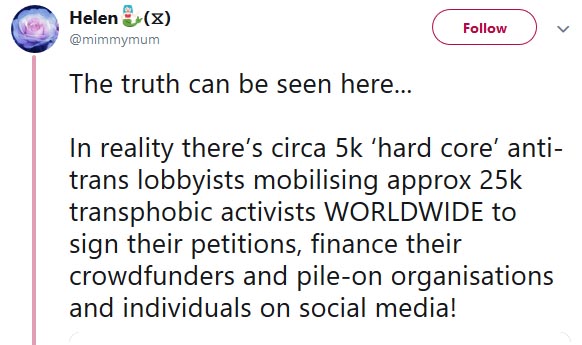 However, combined with the reach of a high-profile person such as Turner, it created an attack with “laser focus“. And that could have made the target feel as though it was facing a “tsunami”: 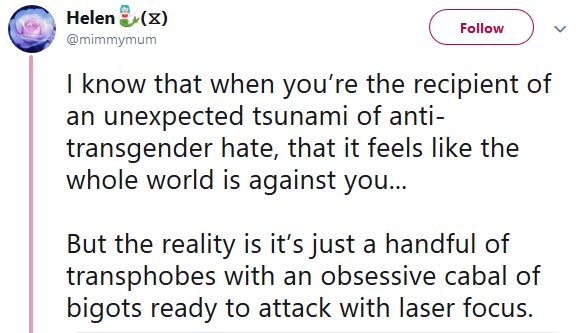 And Helen says the result is a small “cabal of bigots” with the potential to make a major charity like the NSPCC drop one of its ambassadors.

It’s not the first time the Safe Schools Alliance has made news. In April, the group pressured two councils to withdraw a trans ‘toolkit’ from schools over alleged health concerns. With a second successful campaign again targeting trans issues, the group has a clear agenda. And it’s found an easy way of magnifying that agenda’s impact.

In the end, Bergdorf’s removal is about more than just who represents a charity. As London-based LGBTQI+ magazine QX explained, it emboldens anti-trans attitudes:

Twitter users see people like Turner taking part and assume that, because they’re prominent in media, it’s the correct view to have. They’re directly creating and encouraging hate and as a result of that, are putting people in direct physical harm.

That’s the real concern. Campaigns like the one led by Turner and the Safe Schools Alliance could end in injury or worse for trans people across the country. And knowing how they operate is one step towards making them powerless.