The Lib Dems want the UK's most marginal seat, but Michael Gove's prediction is way off - Canary 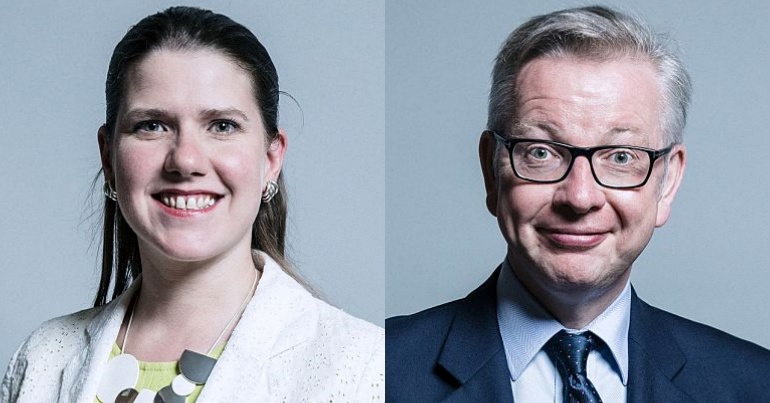 On 12 December, voters across the four nations of the UK will go to the polls. In the UK’s most marginal Westminster seat of North East Fife in Scotland, Michael Gove believes the Scottish Conservatives are in with a chance in this “three-way marginal”. Gove has made some outlandish claims, but this takes the piss. And much as Jo Swinson thinks the Lib Dems can win this seat, she really shouldn’t be complacent.

This marginal seat had just two votes between the winner and second place in 2017. It really displays just how important each individual vote is – particularly in marginal seats.

As the Courier reported in September 2019, Gove’s ‘bold claims’ have even been backed by local Tory members. But the voters in North East Fife have rejected the Tories since 1987. And in the 2017 general election, the Tories came a “distant” third, as they were 3,653 votes behind the nearest rival.

Most noteworthy, the polls suggest broader support for Scottish Conservatives has dropped from 29% at the last election to just 22%. The chances of a Tory win in North East Fife looks highly unlikely.

So this seat actually is a two-horse race between the Scottish National Party (SNP) and the Liberal Democrats.

The constituency of North East Fife

For context, North East Fife is just across the River Tay from the City of Dundee which has become two of the safest Westminster seats for the SNP. The constituency has many wealthy areas and includes the golfing town of St Andrews which is home to the University of St Andrews. According to Fife Council data collected in 2018, North East Fife also has a claimant rate for unemployment support of 1.5% which is well below the Scottish average of 2.7%. So North East Fife is generally quite affluent.

In a political sense, North East Fife was won from the Tories by the SDP-Liberal Alliance in 1987. After nearly 30 years of Lib Dems holding the seat, Stephen Gethins won the seat for the SNP in 2015. In the 2017 general election, the SNP hung onto the seat by just two votes.

In the upcoming general election, the Scottish Green Party (SGP) has stood aside in North East Fife to help the SNP’s chances. The SGP is entirely autonomous of the Green Party of England and Wales – which entered into the Unite to Remain alliance with Plaid Cymru and the Lib Dems.

Taking to Twitter on 12 November, Gethins showed his appreciation to SGP members campaigning for the SNP:

To be fair Green Party members have already been out delivering leaflets and chapping doors with me. Appreciate their efforts and those of all of our volunteers in North East Fife https://t.co/Gzi9XhThgI

But the SGP also stood aside in 2017 to help the SNP, which still resulted in near defeat.

The Lib Dems want to win this seat back on 12 December. According to polls in Scotland, Lib Dem support has increased from 6.8% at the 2017 general election to 13%. But the SNP is also looking for a significant increase in support in the upcoming election. Across Scotland, the SNP secured nearly 37% of the vote in 2017 and is now polling at 42%. But 42% is significantly lower than the 50% of the Scottish vote the SNP won in 2015. However, it is expected the SNP will remain the largest party in Scotland. That said, It really is going to be a very close one in North East Fife.

But things look positive. In recent Scottish council by-elections, the SNP won all three seats up for grabs. On 15 November, The first minister of Scotland and SNP leader Nicola Sturgeon shared the news on Twitter:

Huge congratulations to @Emma_Roddick, new @theSNP councillor in Inverness – what a result! That’s 3 out of 3 SNP victories in yesterday’s by-elections. https://t.co/Lj83xby8zA

In the Inverness and Fife by-elections, both the SNP and Lib Dems saw increases to their vote share. And if the voting in these Scottish by-elections were to reflect trends in the upcoming general election across Scotland, North East Fife could be held by the SNP. But more generally across Scotland, it seems certain the SNP will make significant gains – and it’s already Scotland’s largest party at Westminster.

In the general election, both the SNP and the Lib Dems are standing on a pro-Remain ticket. In June 2016, Scotland voted 62% to Remain in the EU.

As the Courier reported, Swinson has already visited North East Fife. She said “absolutely not” to another vote on Scottish independence. Swinson claimed Indyref2 would add to the “chaos” brought on by Brexit. But judging by the polls, it looks unlikely that Swinson will play a major part in granting a second vote on Scotland’s constitution.

Swinson’s party was flying high in the polls in September topping Labour. But now support has dwindled to 15% in the latest UK-wide poll – 15 points behind Labour. Swinson claims she could be and is “standing” to be the next prime minister, but that pipe dream will remain just that – a dream.

As prime minister, Swinson would be a nightmare for workers. When minister for employment relations in the Conservative-Lib Dem coalition, Swinson talked up zero-hours and oversaw the introduction of fees up to £1,200 on employment tribunals. As reported in the Guardian in July 2017, these fees were deemed to be so brutal that the Supreme Court ruled them “inconsistent with the access to justice”.

So North East Fife will be a seat worth keeping an eye on during the count coverage. In the 2019 general election, nothing is certain. And this may well be true for the outcome in the UK’s closest marginal. But one thing we can be sure of is Gove’s analysis is way off. And let’s hope voters don’t forget Swinson’s track record working with the Conservative-led coalition government either.