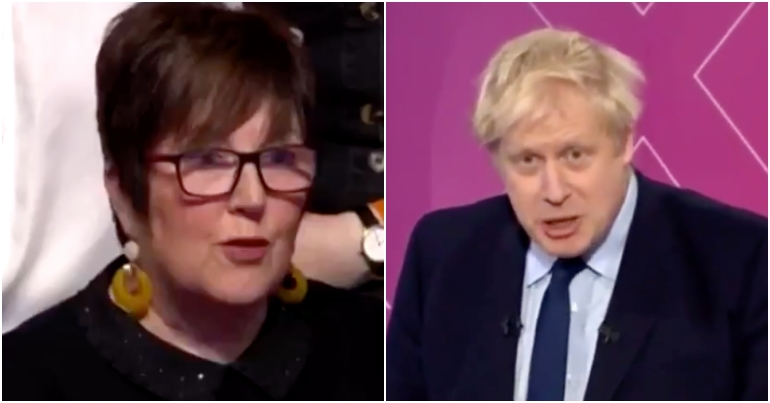 Boris Johnson’s appearance on the BBC Question Time (BBCQT) Leaders Debate didn’t exactly go well. From having to sneak into the studio while Jeremy Corbyn was greeted by crowds of supporters to refusing to apologise for his previous racist and homophobic comments, the PM was on the back foot.

But it was on the issue of trust that the audience really showed how much they despise Johnson. And their reaction explicitly showed the contempt they have for him on this issue.

This was, seemingly, too much for BBC News. Because it apparently edited the clip, removing the full audience response and editing it to only show applause for Johnson.

Novara Media‘s Aaron Bastani tweeted the two clips side-by-side, showing the BBC had edited out the audience laughing at Johnson:

This is utterly extraordinary. @BBCNews has edited out the audience laughing at Boris Johnson being questioned on trust.

The first part is from last night’s debate, the second is from BBC News at 1pm today. #ge2019 pic.twitter.com/PjhAQsWLoH

And as one Twitter user pointed out, the actual debate was reasonably fair with all the leaders asked tough questions by the audience:

The @bbcquestiontime leaders’ debate was surprisingly well done, but the reporting of it since then has been pro Tory biased, trying to keep the election focussed on #brexit

But there was only one comment that really made sense of this – “What the ACTUAL fuck!?”:

What the ACTUAL fuck!?

BBC News edited out the audience laughing at Boris Johnson on the topic of ‘telling the truth’ (and instead shows them clapping wildly him).#LabourForHope #GetJohnsonOut pic.twitter.com/fZyww5LzEY

The BBC claims it is:

committed to achieving due impartiality in all its output.

According to its charter, meanwhile, it should:

provide impartial news and information to help people understand and engage with the world around them: the BBC should provide duly accurate and impartial news, current affairs and factual programming to build people’s understanding of all parts of the United Kingdom and of the wider world.

But bias can also be nuanced. As The Canary previously reported, this was recently highlighted in the way it treated two stories on the Today programme about MPs saying they wouldn’t vote for their former political parties. And it was shown in the pitiful excuses it gave for showing the wrong footage of Johnson on Remembrance Day.

Quite simply, this isn’t good enough. The leadership debate might have been one of the more balanced pieces of BBC coverage. But this is lost if what’s reported on the news doesn’t reflect what actually happened during the debate. We deserve better from our public service broadcaster.

The Canary contacted the BBC for comment but had not received a reply at the time of publication.