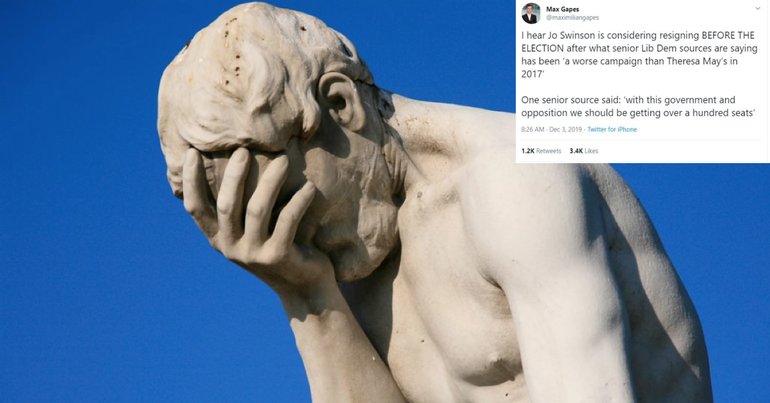 A parody account has mocked the dire state of the UK press so successfully that Twitter has suspended it. The bizarre decision came amid a wave of outcry from UK journalists who found the unflattering portrayal too much to bear. The suspension has only served to highlight the increasing lack of accountability of the UK media. After all, even feudal monarchs tolerated the court jester.

Maximilian Gapes was a parody Twitter account mercilessly ribbing the centrist pundits of our time. ‘He’ made waves with a satirical tweet about Lib Dem leader Jo Swinson. The tweet reported the claim of an unnamed source that Swinson’s campaign had been so catastrophic she might stand down before the general election. ‘Gapes’ not only poked fun at the former braggadocio of the Lib Dem leader, but also the mainstream press. It’s become commonplace for pundits to cite unnamed sources with the most tenuous claims against Labour leader Jeremy Corbyn and the left in general. 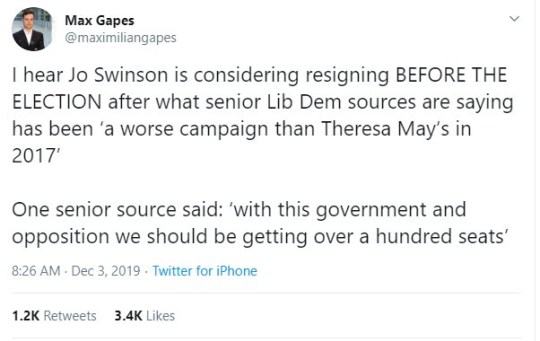 Neither group saw the funny side. Instead, they went into a fit of the conniptions, branding the account a purveyor of fake news. And by Thursday 5 December, Twitter suspended the account. 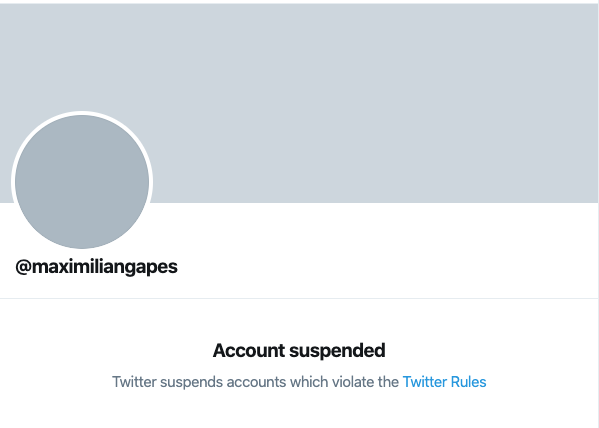 The action led many people to question Twitter’s suspension policy. The platform shut down a parody account satirising fake news, yet leaves in place the accounts of the fake news producing pundits being satirised.

That Max Gapes tweet is going far and wide – probably because its entirely believable. Seeing that it's entered the world of blue ticks, surely the ban hammer will be out soon? Anyway, fantastic work from everyone in the St Petersburg troll factory.

The gags on accounts like that are about as useful as the quotes from "anonymous labour source" that litter the timeline from supposedly serious journalists. You'd think the situation would make journos self-reflect, but they'd rather be thin-skinned and ignore their own mistakes

because it was a well-executed parody of low-level journalists who tweet source quotes all day with a semi-professional profile picture. Yes, I am self-aware.

In the past four years, the British press seems to have become increasingly unmoored from reality. Pundits have declared Jeremy Corbyn everything from a communist spy, to an “existential threat” to British Jews. And the Liberal Democrats are also on dodgy ground when it comes to fake news.

The party has misled voters several times during this election. First, it claimed Tory / Labour marginals were actually Lib Dem / Tory marginals in an effort to gain votes. Then, it disguised its own campaign literature as local newspapers. And, most disturbingly, the party was forced to suspend its head of media for faking an email to openDemocracy to prevent the site publishing a scandal-generating story.

While independent media has worked to debunk each piece of fake news, the Twitter accounts of the pundits spreading it remain live. Yet a parody account with 2,000 followers is deemed too dangerous to democracy to exist? Come on.