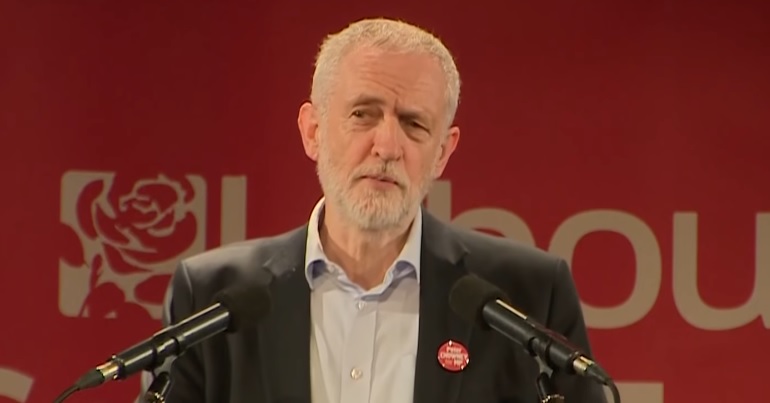 Jeremy Corbyn’s Labour has proposed a stunning change to parliamentary rules. The party has pledged to ban MPs from having second jobs if elected to government. It has also said it will bring in “sweeping” changes to rules on lobbying and donations, among other things.

These plans could fix British politics for good. Here’s why.

Currently, British politicians are allowed to earn from other work. Opaque donations and lobbying are rife. And it’s not uncommon for politicians to ‘coincidentally’ find work with industries or companies they’ve had dealings with in parliament once they leave. In short, politicians, business and, indeed, the media are often as thick as thieves. As Owen Jones described in his 2014 book, they are The Establishment. He explained:

the establishment is cemented by financial links and a “revolving door”: that is, powerful individuals gliding between the political, corporate and media worlds – or who manage to inhabit these various worlds at the same time.

Practically, we can see where this system has got us. To be clear, MPs and ministers are bound to a code of conduct which dictates that they must not “act as a paid advocate” for anyone other than the public in their work in parliament. But, for example, the Guardian recently reported:

Oil companies, petrostates and climate contrarian thinktanks, businessmen and unions have given at least £5m to MPs over the past 10 years in the form of donations, expenses-paid trips, salaries and gifts.

It found that “Conservative politicians are far more likely to accept support from such sources”. Meanwhile, scientists and climate advisers have found that the Conservatives have a shocking record on tackling the climate crisis.

By law, these two things aren’t allowed to be connected. By logic, it’s hard not to suspect that they are.

So Labour is proposing a shake-up. Among other things, it will:

Require political parties to publish the names of any donors that donate over £7,500 in a calendar year that also attend events organised by that party in that same calendar year, when a purpose of that event is to engage donors

The party will also scrap the 2014 Lobbying Act, which has faced criticism for “stifling” campaigning by charities but doing little to shed light on corporate lobbying. Labour will replace it with a new register that it promises will:

Cover the millions of pounds worth of corporate lobbying conducted by in-house lobbyists and think-tanks, which is currently not captured by existing legislation, as well as by consultant lobbyists

Require lobbyists to declare the specific nature of the lobbying engagement, who is being targeted, what policy areas are under discussion, on behalf of whom, and the estimated value of the lobbying activity registered

Furthermore, it will ban MPs from holding second jobs, with limited exemptions for those who need to keep up their professional registrations, like nurses.

“A playground for the rich and powerful”

Under the Tories politics and government is in serious danger of becoming a playground for the rich and powerful, with decisions often made behind closed doors in the interests of a small few, at the expense of the many. This is very worrying for our democracy.

But it’s not just policy-making that’s at risk of being ‘for the few, not the many’ under the current system. It’s the narrative fed to the country, particularly in critical times. As Jones wrote in The Establishment:

The terms of political debate are, in large part, dictated by a media controlled by a small number of exceptionally rich owners, while thinktanks and political parties are funded by wealthy individuals and corporate interests.

We’re seeing that play out right now. When the big players in media, politics and business are so closely knit together – financially, professionally and socially – they control what conversation the country can, and cannot, have. They set the parameters of debate. Currently, this system doing a great disservice to the British public by not honestly presenting the choice they have at the upcoming election.

Labour’s plans put a professional and financial barrier between politicians and vested interests. That would go a long way towards fixing British politics for good.