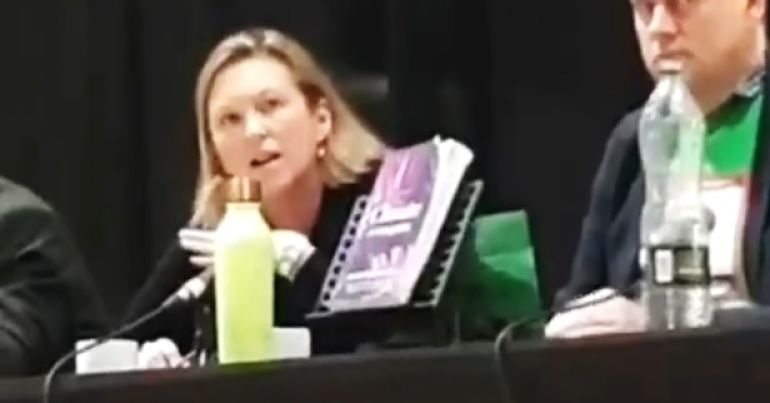 Sally-Ann Hart is the Conservative candidate for Amber Rudd’s former seat of Hastings and Rye. During a recent hustings, however, the candidate gave people a massive reason not to vote for her. Given she’s vying for a seat the Conservatives won by just 346 votes in 2017, it’s the last thing the party needs.

An attendee asked Hart about an article she shared on Facebook:

A Tory candidate reveals her utter contempt for disabled people, who she believes don’t deserve the minimum wage.
If you consider yourself an ally to disable people, this is the 1,000,001st reason you could not vote Tory.#VoteLabour

The article concerned pay for disabled people, seemingly arguing that they could work for less than the minimum wage. The attendee asked Hart whether she “would care to defend that?”. She replied:

Did you read the article?. … It was about people with learning difficulties, about them being given the opportunity to work because it’s to do with the happiness they have about working.

But the idea that the “happiness” disabled people get from work could allow for financial discrimination against them provoked ire from the crowd. Nonetheless, she doubled down, saying:

Some people with learning disabilities, they don’t understand about money.

This idea met with the same dismay from the people listening. They clearly thought it wasn’t okay to exploit any lack of ‘understanding’ some disabled people may have of money by paying them less.

Hart went on to argue that “it is about having a therapeutic exemption”. This led the Metro to conclude she was referring to a 2017 article from the Spectator where a mother of a girl with Down’s Syndrome made a similar case. In contrast, during the hustings, one man shouted out:

I’m autistic, I want to get fucking paid for what I do.

Hart is by no means the only Tory candidate to face criticism for their opinions during this campaign. Lee Anderson, who is the Conservative hopeful in the marginal seat of Ashfield, came under fire in November after calling for forced labour camps.

Meanwhile, a number of candidates are effectively ignoring their constituents by not turning up to hustings. In fact, Hart didn’t show up for an earlier hustings on the climate crisis. Boris Johnson is among the others who’ve failed to let people confront them on their proposals:

Tonight we had our local hustings. That empty chair is where @BorisJohnson was meant to be.

Those who come from the ‘born to rule’ political class believe they are above accountability.

My challenge, similar to @afneil: there is time. Any time, any place, show up and debate me. https://t.co/Z2VjeyXDeu pic.twitter.com/SAKZtiqsJN

Similarly the Tory candidate in @wrexham didn’t show for our hustings. Politicians should be accountable to those who elect them #Mary4Wrexham https://t.co/XDE64jqsho

No wonder Johnson is now worried his party could lose this election. That’s what happens when parties treat voters with total contempt.