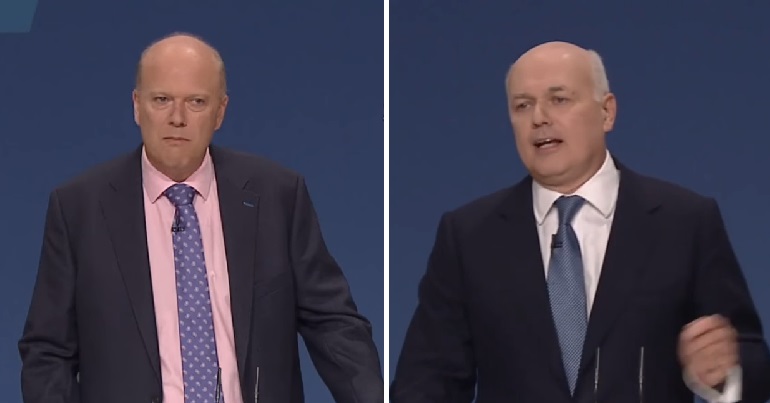 A recent report has linked at least six deaths, and potentially many others, to failings of the Work Capability Assessment (WCA) process introduced by the Conservative government.

The report has led shadow chancellor John McDonnell to back a call for a criminal investigation into senior Tories including Iain Duncan Smith and Chris Grayling.

Tory ministers and senior civil servants allegedly ignored concerns a coroner raised in a letter to the Department of Work and Pensions (DWP) in relation to a suicide in 2010. Lack of action in response to the letter is reportedly to blame for the deaths of people claiming disability benefits. And it appears that those with mental health issues were particularly affected.

The report, published by the Disability News Service (DNS), makes the case for a criminal investigation into ‘misconduct in public office‘. Researcher Anita Bellows, who works for charity Disabled People Against Cuts, said:

[DNS] has built a very strong and compelling case for prosecuting the ministers involved in concealing vital information, namely Iain Duncan Smith and Chris Grayling, which, if it had been acted upon, would have saved lives.

Their action and failure to act meet the four criteria defining ‘misconduct in public office’.

All the facts stated in the article are shocking, but maybe one of the most shocking is the response drafted by [the] DWP in 2010 in response to a coroner’s report, reaffirming that the ‘fit for work’ decision was the right one when an appeal tribunal found after the claimant’s death that he should have been entitled to ESA.

It not only shows a dysfunctional and flawed system, but also the unwillingness of ministers to take responsibility for its failures under their watch.

The DNS report addresses deaths by suicide as well as other causes. In response to the allegations, a DWP spokesperson said:

Suicide is a tragic, complex issue and we take the death of any claimant very seriously. That’s why we work with and listen to families and a wide range of experts, including charities and coroners, so lessons are learnt when needed. We commissioned five independent reviews of the work capability assessment, and implemented the vast majority of recommendations. Improvements include introducing mental health training for all staff dealing directly with claimants, appointing mental health champions to advise assessors, and allowing for further evidence to be requested when considering mandatory reconsiderations.”

But McDonnell has backed DNS’s call for a criminal investigation. He also announced that a Labour government will launch an official inquiry into deaths caused by the DWP.

Meanwhile, Labour’s manifesto has promised to abolish the DWP from “day one”:

The cruelty and heartlessness of the Tories has made the Department for Work and Pensions (DWP) a symbol of fear. When people feel the DWP is more about harassment than a helping hand, something has gone seriously wrong. Labour will completely change this culture, replacing the DWP on day one with a Department for Social Security, which will be there to help and support people, not punish and police them.