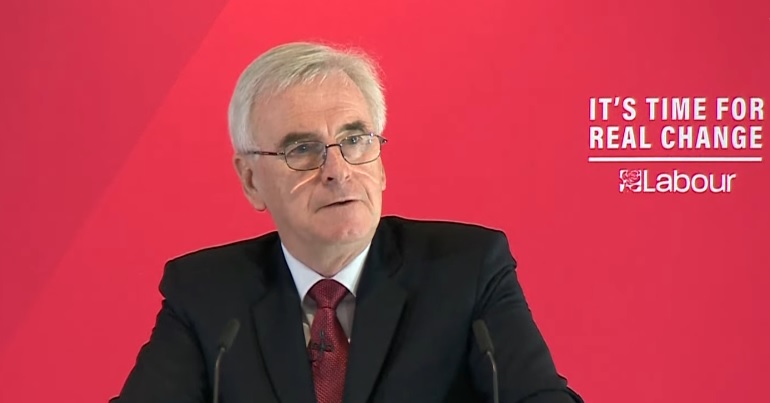 The Labour Party has come out fighting against the Tories’ lies regarding its economic plans. Boris Johnson’s party has been ruthlessly trying to persuade voters that Labour’s popular proposals will cost them dearly, even setting up a website called “Cost of Corbyn” to spread its bogus claims.

Now Labour has released a detailed breakdown which it says shows that, far from costing people money, its plans could save an average household over £6,000 per year.

Putting money back in people’s pockets

Jeremy Corbyn’s party has calculated that the Conservatives’ austerity and billionaire-friendly policies have cost average British households almost £6,000 a year since 2010. Labour says this figure is comprised of extra rent (£1,924), the increase in cost of childcare per child (£1,916), and the hike in season ticket prices for two people (£1,740).

The party says voting Labour at the election could save a typical household £6,716 per year. This calculation is based in part on the reductions in price people will have once the party takes essential utilities into public ownership. Labour says households will save £559 per year on energy bills, £113 on water bills, and £2,194 on a pair of season rail tickets. It also promises a big reduction in childcare costs of £2,941 through its plan to increase free childcare. The costs of medicines, broadband, and free school meals are included in the calculation too.

You know it makes sense

Numerous economists have already publicly endorsed Labour’s economic plans. 163 economists signed an open letter published in the Financial Times on 25 November. They analysed the manifestos from political parties and concluded:

It seems clear to us that the Labour party has not only understood the deep problems we face, but has devised serious proposals for dealing with them. We believe it deserves to form the next government.

None of this is rocket science, it’s basic very common sense economics. And if you look at the proposals we’ve put forward, each of them detailed research and objectively assessed…

This is not about Father Christmas or make believe, this is about hard-nosed economic policy making.

The Tories will no doubt try to rubbish Labour’s claims – and Britain’s media will probably aid them in doing so. But Labour has now firmly laid out why it’s common sense for people to vote it into government on 12 December – because it will boost their personal finances.