Despite the Tory lies, leading economists say Labour should 'form the next government' - Canary 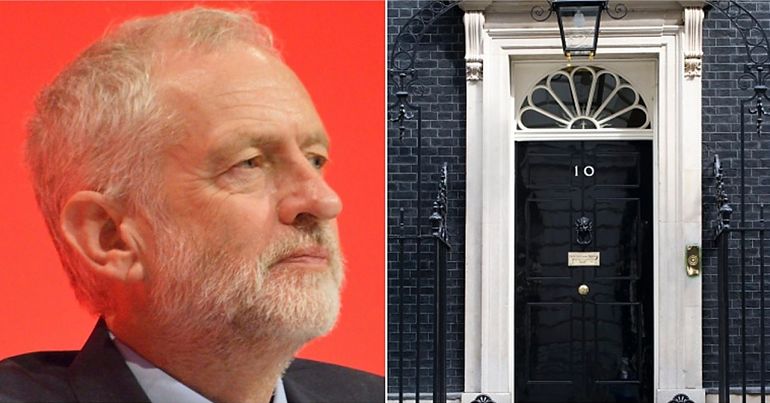 Leading economists have backed Jeremy Corbyn’s manifesto and said Labour should form the next government.

In an open letter published in the Financial Times on 25 November, 163 economists highlighted that the “UK economy needs reform”. Signatories include David Blanchflower, who was formerly on the Bank of England Monetary Policy Committee. They stressed:

For too long [the economy] has prioritised consumption over investment, short-term financial returns over long-term innovation, rising asset values over rising wages, and deficit reduction over the quality of public services.

The letter emphasised that as a result of poor economic investment under consecutive Conservative-led governments:

We have had ten years of near zero productivity growth. Corporate investment has stagnated. Average earnings are still lower than in 2008. A gulf has arisen between London and the South East and the rest of the country. And public services are under intolerable strain — which the economic costs of a hard Brexit would only make worse. We now moreover face the urgent imperative of acting on the climate and environmental crisis.

Labour “deserves to form the next government”

After analysing manifestos from all the political parties, the economists concluded:

It seems clear to us that the Labour party has not only understood the deep problems we face, but has devised serious proposals for dealing with them. We believe it deserves to form the next government.

The UK needs “a serious injection of public investment”

According to these economists, the UK economy needs “a serious injection of public investment”. This principle underpins Labour’s 2019 manifesto. The economists support the idea, as proposed in Labour’s manifesto, of investment in green technology where it will help transform the “energy, transport, housing, industry and farming” sectors. Labour’s Green Industrial Revolution proposes exactly this.

The letter also supports the need to increase the minimum wage and to regulate “the worst practices in the gig economy”. It furthermore supports increased taxes on multinationals.

The letter comes as an investigation by campaign group We Own It established that “ownership of rail, water, energy, buses, Royal Mail, broadband and the NHS would save the UK nearly £13billion every year”. We Own It noted that this would fund vital public services:

And the letter also notes that the IMF acknowledged that “public debt is sustainable” because of the current low interest rates.

The Financial Times reported that the letter’s co-ordinator Michael Jacobs, a professor of political economy at Sheffield University, insisted it was “surprisingly easy to find economists willing to sign”. Jacobs said:

The easiest thing for academic economists to do is sit on the fence… although academics generally do not go out on a limb, most had been willing to say that the UK faced a big choice and that enough of Labour’s programme accords with their own views.