No one's buying the BBC's latest claims of impartiality - The Canary 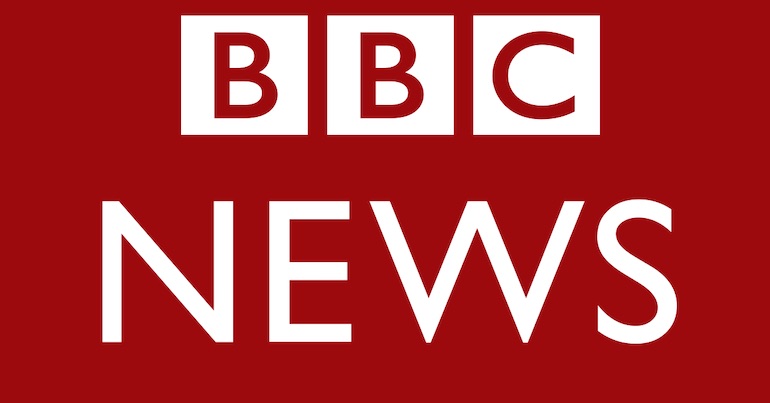 According to Fran Unsworth, the BBC director of news and current affairs: ‘At the BBC, impartiality is precious. We will protect it.’

Writing in the Guardian, she insists that challenging the broadcaster’s impartiality amounts to conspiracy. Apparently “a couple of editorial mistakes” mean nothing. Really?

Unsworth is utterly dismissive. In fact, she says many people who challenge the BBC don’t even watch it. Apparently most criticism comes from “those simply consuming others’ impressions of it”.

On 25 November, the BBC admitted it made “a mistake” after editing out audience members laughing at Boris Johnson during the leaders’ debate. This came two weeks after so-called ‘wreathgate‘ when it used footage of Johnson from 2016 and failed to show him laying a wreath upside down on Remembrance Day.

But according to Unsworth, too many people have:

focused instead on a couple of editorial mistakes that they suggest are either emblematic of all our election coverage, or damning evidence of an editorial agenda that favours the Conservative party.

Conspiracy theories are much in vogue these days.

However, what Unsworth and presenter Nick Robinson seem to miss is the distinction between ‘conspiracy’ and charges of bias.

It’s not a ‘conspiracy theory’, it’s an accusation of bias. As pointed out by many people, the structure of the BBC means that an active conspiracy is not needed for the bias to operate

The BBC is having a terrible election. Everything I warned about the #BrexitBroadcastingCorporation a year ago has got worse, especially the biased coverage of Johnson & the failure to subject him to the same scrutiny as the other party leaders

The BBC isn’t alone. Corbyn’s been described as the most “smeared politician in history”. One 2016 study found that 75% of all press coverage factually “misrepresents” the Labour leader. And, perhaps coincidentally, most BBC ‘mistakes’ seem to favour Johnson, never Corbyn:

Significantly, this isn’t any ‘ordinary’ election. The Conservatives and Lib Dems have pushed “disinformation tactics” into new realms. From the Conservative Campaign Headquarters press office tweeting as a fake fact check site during the leaders’ debate, to Jo Swinson defending “misleading” graphs, we’re in new territory. Unsworth does acknowledge that:

This campaign has been unlike any before it. Information is routinely weaponised.

But, as Media Reform Coalition academic Justin Schlosberg said, this should be “THE story of the election”:

The extent of disinformation tactics used by both Tories and Lib Dems in this election has far surpassed anything in the EU referendum.

If we had a more responsible and democratic media this would be THE story of the electionhttps://t.co/Y1TirCpaEy

As some noted, Unsworth also failed to answer some crucial questions:

In which Fran Unsworth answers the questions not being asked, and doesn’t answer the questions that have been asked. https://t.co/DgEySmt4gk

Unsworth fails properly to acknowledge viewers’ concern that while Corbyn faced Andrew Neil’s harsh interview, Johnson has yet to agree to it. The BBC briefly stood its ground by refusing to let him go on the Andrew Marr show if he wouldn’t face Neil. But then it backed down, a decision that many branded “wrong” and “shameful”.

As former BBC journalist Paul Mason noted, Unsworth’s ‘explanation’ is “classic management brush-off”. And the Neil interview is crucial if the BBC wants to claim impartiality:

If @BBCPolitics does not empty chair Johnson for this it will demonstrate nothing less than utter capitulation and gross unfairness at such a crucial moment in British political history. For me, and I suspect many others, it will be the final straw 1/ https://t.co/PxquITW8jT

Unsworth claims that “we’ve ramped up our Reality Check service, fact-checking campaign claims”. But as The Canary‘s Steve Topple demonstrated, she forgot to mention that even BBC fact checks seem to be selective:

Fran Unsworth claims in her Grauniad piece that the BBC has "ramped up" its @BBCRealityCheck service.

Yet in its "fact check" of Johnson's #Marr interview, it fails to correct the child poverty claim:https://t.co/V6bc9I8a0e

Despite Unsworth’s defence of impartiality, few people bought it:

Oh patronize us do! Frans Unsworth defends BBC news lack of impartiality by implying in this condescending piece that us little people who pay her salary btw just don't see the big picture! #UpYoursBBC https://t.co/JW71uyMbW0

Has Fran Unsworth at the BBC ever actually watched any of the @BBC @BBCPolitics output?

It doesn't appear so. 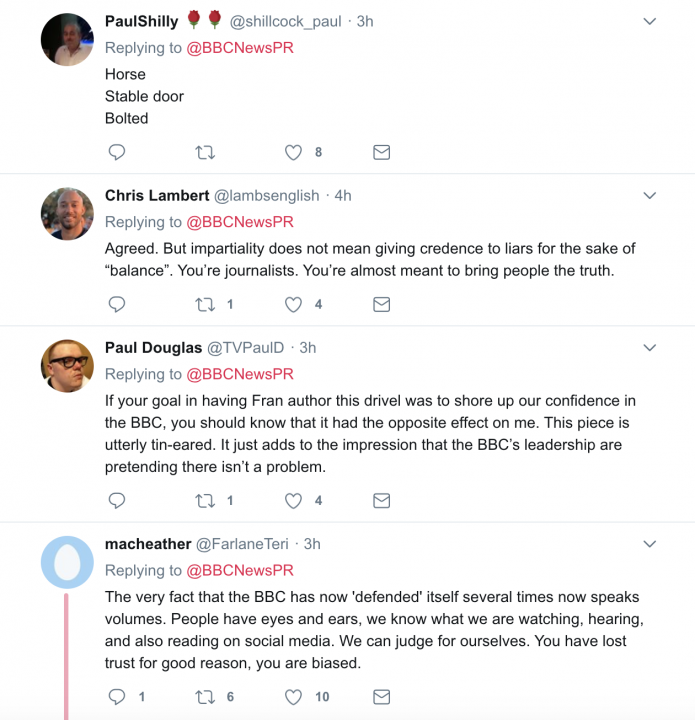 Unsworth may claim the BBC gives “fair and proportionate coverage” to all parties and leaders. But many watching disagree. And while her plea may pacify some centrist Guardian readers who oppose Corbyn’s leadership, it certainly isn’t fooling many viewers and voters.