If you only watch one video before voting, make it this one - Canary 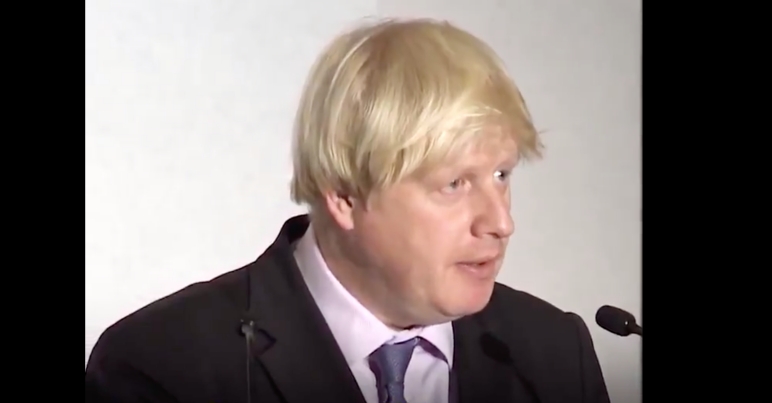 There’s been a lot of incredible video content this election. But if there’s one video everyone should watch and share before voting, it’s this one. Because it lays bare the choice we’re facing:

If you're not sure who to vote for, watch this. pic.twitter.com/rBCBLzfoRp

The video captures some key moments of both Johnson and the Tories’ ten years in power. And it’s a reminder of what his real views are when he’s not spouting crowd-pleasing lies about hospitals and nurses to try and win votes.

It starts with a speech Johnson made where he said:

some measure of inequality is essential for the spirit of envy

The video continues with information about the cuts the Tories made to bail out the bankers that affected all our lives. And Johnson promises to be no different, given that he said:

I’m an exuberant defender of the banks.

Can you think of anybody who stuck up for the bankers as much as I did?

The video points out that this is exactly what the Tories did:

A record number of children from working families in the UK are living in poverty.

At the same time, the number of billionaires in the UK grew to a record 151.

The video also highlights the heartbreaking reality of life in Britain. From children going hungry to the Grenfell Tower disaster and homeless people, the gross inequality is laid bare. Corporation tax has been slashed while homeless people die on the streets. As the video concludes:

The Conservatives have been in power for 10 years. We can’t survive another five.

Today is our opportunity to start rebuilding a broken country; a country ravaged by cuts; a country where bankers pocket huge bonuses while children go hungry.

This is what today’s vote is about. It’s not about whether or not you personally like Jeremy Corbyn. The choice facing this country is stark. Let’s hope people watch videos like this one and make the right decision.