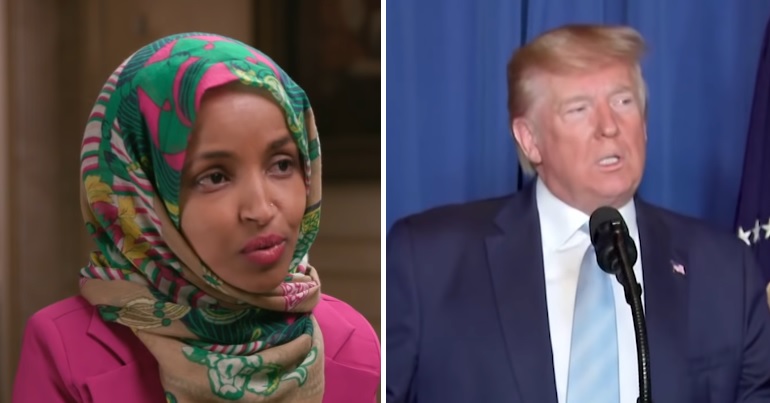 Donald Trump effectively started a war with Iran on 3 January by assassinating one of the country’s top generals. As would be the case with virtually any other regional power, Iran has vowed to respond.

Congresswoman Ilhan Omar took to Twitter on 6 January and pointed out one sobering, maddening, and obscene detail about what could now follow.

Trump has a few presidential quirks that differ from his predecessors. One of them – the fact he refused to divest from his businesses when taking office – is the subject of Omar’s tweet:

Trump needs to immediately divest from his businesses and comply with the emoluments clause. Iran could threaten Trump hotels *worldwide* and he could provoke war over the loss of revenue from skittish guests.

His business interests should not be driving military decisions.

The congresswoman asserts that, in response to the murder of its general Qasem Soleimani, Iran could “threaten” Trump’s businesses around the world. She names hotels in particular, but Trump has held onto much more than that. Hotels, condos and golf resorts all make up the Trump portfolio. As the Guardian reported in July 2019, revenues from the president’s real estate businesses stood at over $886m during the first two years of his presidency.

The reason incoming presidents usually divest their assets, or put them into a blind trust, is to avoid potential conflicts of interest. Trump is mired in accusations of conflicts due to retaining his assets in office. But, as Omar suggests, that’s not the only problem with him choosing not to divest. What he might do if those assets are indeed targeted is another.

Since Soleimani’s assassination, numerous world leaders and officials have called for calm and restraint:

But as the general’s murder itself showed, restraint isn’t something Trump exercises often. This is the guy who threatens nuclear war on Twitter.

North Korean Leader Kim Jong Un just stated that the “Nuclear Button is on his desk at all times.” Will someone from his depleted and food starved regime please inform him that I too have a Nuclear Button, but it is a much bigger & more powerful one than his, and my Button works!

One can only imagine how he’d respond if his personal bottom line was under threat. Could a full-scale war break out over a hotel or a golf course? Most of the western wars against the Middle East over the last few decades have been about oil (Iran recently found a new oil field containing 50bn barrels of the environment-destroying stuff), but a hotel?

Let’s hope not. But the fact that’s even a remote possibility under Trump’s presidency speaks volumes about how unfit he is for leadership.