In the wake of Brexit, turns out racism is a very British thing - Canary 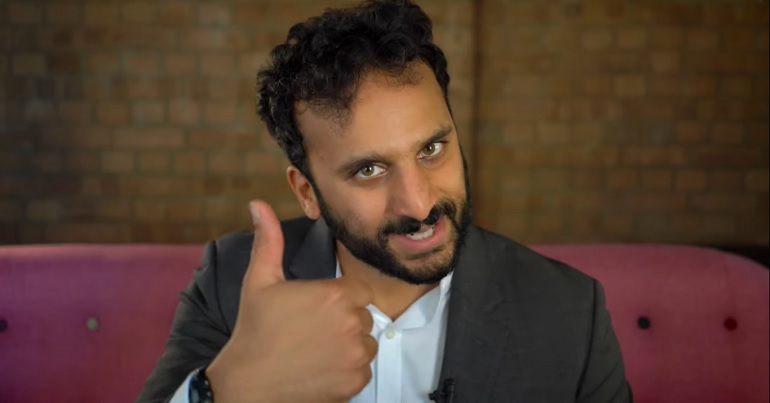 On Brexit day, CBBC shared a video clip from its Horrible Histories programme on Twitter. Comedian Nish Kumar introduced the clip, which was intended to be a lighthearted history of “British things” aimed at children.

Unfortunately, some flag-waving Brexit fans didn’t respond too well to being told that tea, sugar, and cotton aren’t really British. Kumar received a racist backlash from people who clearly aren’t big on history:

*a tsunami of gammon washes through the screen

English supremacists are literally losing their shit at Nish for telling them where tea, sugar & cotton actually come from.

Even the likes of BBC presenter Andrew Neil joined in the pile-on. Meanwhile, blame for the video’s “anti-British” message fell squarely on Kumar, despite the fact that Kumar only introduced the clip. In fact, the clip itself has been around for a while and wasn’t even made for Brexit:

Interesting that nobody had an issue with this song when it was first shown in 2009… It's almost as if they have a problem with Nish Kumar, not the message? 🧐 https://t.co/TZ2tieyXlX

Your racism is showing

Much as many people at Brexit Day celebrations might argue that they aren’t racist, just proud of being British, their true colours keep showing. And they are, quite frankly, disgusting:

Nish Kumar was born in Wandsworth.

it only ended slavery by spending a king's ransome by buying off slave owners, learn some history before opening yer cake 'ole https://t.co/10fp91wnRT #bloodyknowalls

Clearly, Brexit has emboldened those with racist views, which is obvious from the spike in racially-motivated hate crime in recent years. So the far-right leanings of some celebrating Brexit Day come as no surprise:

this is moment we left the EU last night from within parliament square. amongst 1000s of ppl there were sizeable pockets of far-right. lads with swastika neck tattoos, ppl singing “oh tommy tommy”+deification of nigel farage. a big moment that felt a little like a tipping point. pic.twitter.com/eX8jGyqiYm

The nationalist lines of ‘getting our country back’ and ‘making Britain great again’ has an eerie echo of the Trump-supporting MAGA crowd in the US:

Sadly, Kumar’s experience of racism in the wake of Brexit isn’t the only one. It’s just more visible because of its public nature. Meanwhile, everyday experiences of racism for People of Colour carry on in Brexit Britain:

A friend posted this on another social media platform, left overnight in her neighbourhood. pic.twitter.com/CuFHgr7uTn

Those celebrating Brexit are doing so because they got what they wanted. But if they want me or Kumar to go back to where we came from, there’s bad news. Britain may have left the EU, but people like us aren’t going anywhere.