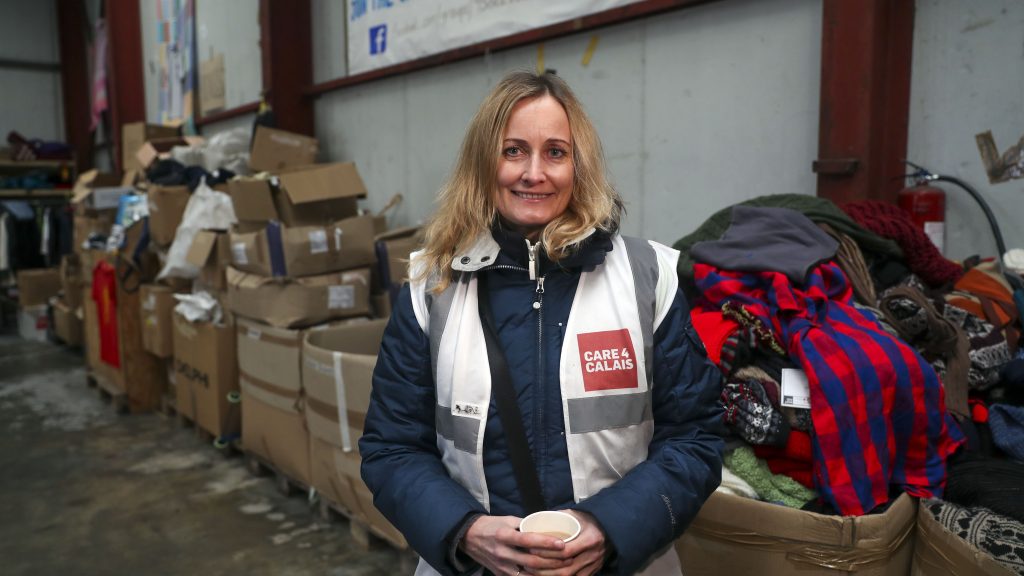 There was an increase in police clearances of Calais refugee camps in the days leading up to Brexit, according to the head of one of the area’s aid organisations.

Authorities were clearing people out of tents and fencing off larger areas in the French port town in recent weeks, said Clare Moseley, founder of Care4Calais, a charity committed to helping people in the camps.

Many people stay near the port and Eurotunnel stations in the hope of being able to cross to the UK, but Moseley described the last week as “horrible”.

Before a visit to one of the sites on 1 February, she told the PA news agency: “As always the authorities’ response here is always to do with security and deterrent, so in the run-up to Brexit we’ve seen extra clearances, we’ve seen more brutal attempts to get people out of here.

“Taking away their tents, moving people away from areas, fencing off even more of the areas where they stay.

“It’s been a horrible week, it’s been very rough for a lot of the people here, spirits are very low and unfortunately that’s always the political response.”

Care4Calais has provided for refugees in Calais and other towns across northern France and Belgium since 2016, the same year that the infamous “Jungle Camp” was evicted.

As well as food and shelter, the charity also tries to assist with mental wellbeing, to prevent suicide and self-harm.

However, Moseley believes conditions could worsen, as the post-Brexit political climate will make authorities even keener to evict people from the areas.

She explained: “Now Brexit has arrived I can only see things getting worse.

“Not so much because of Brexit, because the agreements here between France and the UK are just direct agreements, but in the political climate that we’re in now, all they want to do is get rid of the refugees.

“It’s the same policy they’ve been following for the last 10 years.

“It doesn’t work, but what they believe is that if they make conditions hard enough, people will stop coming, so that’s what they do, they make it as hard as they possibly can.”

Moseley still believes that the only way to solve the issues is to provide means for people to cross to the UK safely.

She added: “The crux of the problem is that there is no safe and legal way for people to make an asylum claim in the UK.

“To make an asylum claim in the UK, you have to physically be there, but there’s no way to do that, so people have to keep trying illegally.”