Old footage of Boris Johnson has emerged. The timing is damning. - Canary 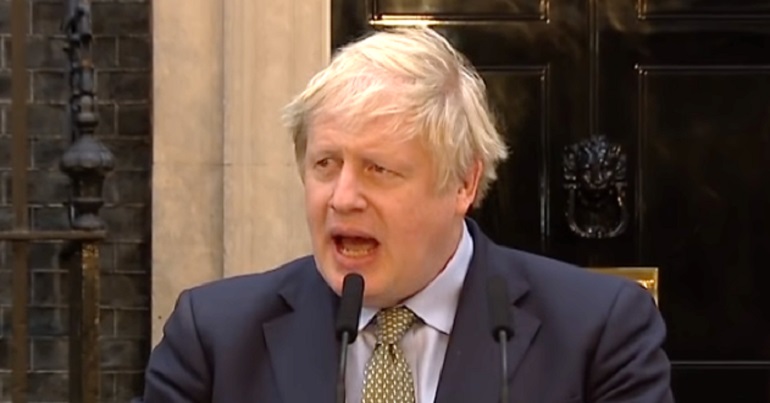 Footage from Boris Johnson’s time as London mayor has come to light. It shows the public anger towards him even in 2014. But the timing couldn’t be more appropriate. Nor could it be more damning for him. Because it sums up the dire emergency currently facing thousands of people across the UK.

The footage that shames the PM

Rachael Swindon shared a video clip of Johnson when he was London mayor. It shows homelessness campaigners and members of the public angrily calling him out over the city’s housing crisis and rough sleeping:

I didn’t know this incredible footage even existed.

Here’s Boris Johnson facing a roasting from a group of protestors, including homeless people, in London. pic.twitter.com/1fGgPNa1HU

The footage is from 2014. Some of the people speaking were from campaign group Beat on the Street. It was raising awareness about homeless people “criminalised”. But the anger of these people was probably justified. Because Johnson failed to do anything about homelessness while he was mayor. In 2009, he promised to end rough sleeping in London by 2012. But as Channel 4 News reported:

by his final autumn in office (2015), there were an estimated 940 people sleeping rough in the capital.

Over his tenure, rough sleeping rose by 130 per cent, although the nature of these stats means that even this could understate the true extent of the problem.

Fast-forward to Johnson’s time as prime minister, and his party’s record in government is no better.

So, it seems that the Tories’ record on homelessness is no better than Johnson’s as London mayor. But why does this matter now?

As The Canary reported, the Met Office has put amber weather warnings in place across much of the UK. This is because Storm Ciara is coming:

High #winds expected for Wales and most of England due to #StormCiaًra, with an amber warning valid from 0800 to 2100 on Sunday

To get ready for this, many charities are already making provisions for rough sleepers. As Manchester Evening News reported:

The Salvation Army is responding to a the Severe Weather Emergency Protocol – which is triggered when temperatures drop to dangerous levels or weather conditions deteriorate drastically.

When the cold or extreme weather hits, there are more than 250 SWEP spaces available in churches and Salvation Army Lifehouses for rough sleepers across the UK.

There are reports of the Salvation Army doing this in Birmingham, Blackburn, and Coventry.

This is, of course, to be welcomed. But there’s a bigger issue here.

The fact that in over a decade of government the Tories have still not solved the homelessness crisis is damning. Last Christmas, around 135,000 children were probably homeless. 87,740 households were in emergency accommodation in March 2019. And while Johnson could previously hide behind other government ministers, he’s now PM. So, the perpetual homelessness scandal that blights the UK is directly on his watch. He was a failure for thousands of people as London mayor. Now he’s becoming an abject failure for hundreds of thousands as prime minister.