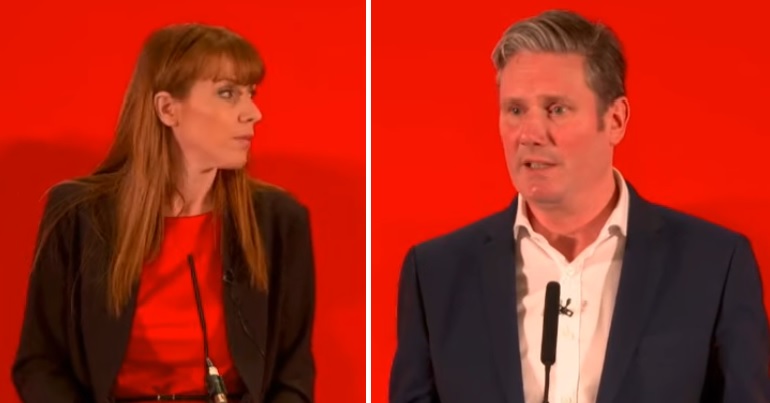 The election of Jeremy Corbyn in 2015 brought about a change in the Labour Party. It became a party of left-wing thinking and policy-making based on principles such as equality, justice, and unity. It was change for the better.

The rhetoric coming from some of the party’s supposed left-wingers now, though, shows another change is coming. And this time, it looks to be a ghastly shift for Labour.

Durham hosted a deputy leadership hustings on 23 February. One of the questions in the event was on nuclear power and whether candidates envisage it to be “a huge factor in the need for green energy”.

In her response, Angela Rayner – one of Corbyn’s allies during his leadership – spoke about the party’s manifesto plan for tackling the climate crisis. She raised the importance of “massively investing in our skills and in our infrastructure” so the country can “build” what’s necessary for a clean energy future. She then said:

Let’s not open up our borders for everyone to come in to give our skills. Why don’t we give our kids those skills as well and open up our education system and our regions and unlock [and] harness our own skills here

The cynicism and anti-immigrant sentiment in Rayner’s point was not lost on people, who were also confounded as to how Rayner managed to wedge anti-internationalist sentiments into an answer on green energy:

That Rayner used a question about the climate crisis to engage in such a talking point makes the “nonsensical speak” even worse. Because people in the global south are suffering the consequences of the climate crisis to a much greater degree than people, like Britons, in the global north (who have played a greater role in creating the crisis). So to argue against letting immigrants into Britain, many of whom will increasingly be escaping the environmental catastrophe in their home countries, betrays a complete lack of understanding of the situation or empathy for it.

Embrace what broke the camel’s back

Meanwhile, one of Corbyn’s high-profile supporters – Paul Mason – has now announced who his preferred candidate for the Labour leader’s successor is. Given that Keir Starmer is widely considered the establishment choice for successor, his endorsement drew some criticism:

you're voting for a right-wing coup to install a guy who looks acts and is an establishment bureaucrat and I will put any subsequent Labour defeats entirely at your feet. I have lost all respect for you, Paul. We are no longer on the same side.

But Mason doubled down:

The right are backing Nandy, the Stalinists who destroyed Corbynism are backing RLB – it's a no brainier for an anti-capitalist to vote #KeirForLeader

So Mason is apparently blaming Corbyn’s general election defeat on unspecified ‘Stalinists’, claiming they now support Rebecca Long-Bailey. This is a ludicrous statement on two levels. First, ‘Stalinists’ didn’t destroy Corbynism – backing a second referendum with a Remain option did (along with endless anti-Corbyn propaganda in the mainstream media). And Mason himself was one of the people calling for an anti-Brexit stance. Second, who are these ‘Stalinists’? Does Mason mean the mass of Corbyn supporters who are throwing their weight behind Long-Bailey (the very people Mason himself was championing until recently)?

I don’t get the strategy of abusing the same members you were courting not long ago @paulmasonnews.
The use of fallacious right-wing slurs against people in the party who don’t want a return to Centrism isn’t helping anyone. Please stop it. You’re better than this (I hope).

So there we have it. Cynical and divisive rhetoric about immigration. Calling establishment candidates ‘left wing’ and left-wingers ‘Stalinists’. If this is where Labour is heading now in its post-Corbyn era, the party really is going nowhere good – for it or the country.