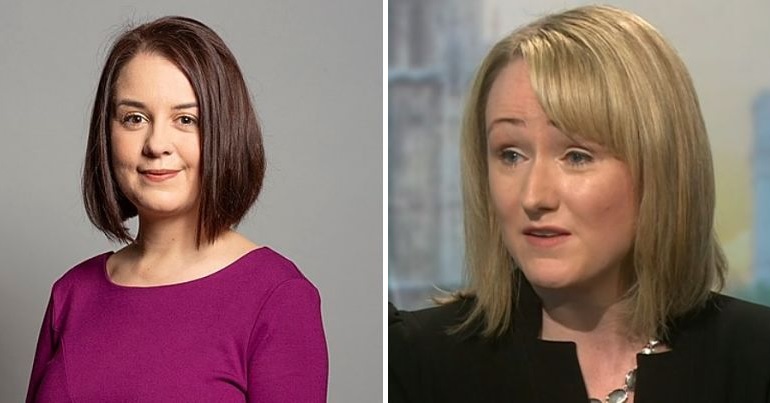 As the candidate most towards the left of Labour, leadership hopeful Rebecca Long-Bailey hasn’t received a warm welcome from the British press.

If Rebecca Long-Bailey was a REAL feminist, she’d call her beloved son “dickhead” and use his head as a Vileda mop. pic.twitter.com/iTJm4x7jEG

In an interview with Andrew Neil on 4 March, the BBC host launched an attack on the leadership candidate over her past (sound familiar?). Promptly, a Labour MP then jumped on the attack bandwagon (still familiar?).

The ludicrous attack, however, did not pass unchallenged.

Enemy of the NHS?

In the interview, Neil targeted Long-Bailey over her past work at a law firm. He cited a leaflet from her 2015 election campaign, in which Long-Bailey said she was previously “a solicitor for the NHS to help defend our health service”. She clarified that she was employed in a specific department in a legal firm, which only worked with the NHS.

Neil then brought up the fact that the leadership hopeful worked on Private Finance Initiative (PFI) contracts within her role. Long-Bailey confirmed this, explaining that – because all NHS property contracts at that time involved PFI – “you couldn’t not work on PFI”.

Rebecca Long-Bailey on her work as a solicitor: “You couldn’t not work on PFI” as it was “the only game in town” @afneil asks how was she defending the NHS, as she claimed, while working on private finance initiative (PFI) deals#AndrewNeilShow https://t.co/8XcBz7ltqz pic.twitter.com/CFz2h8R1GP

A Conservative government introduced PFI and then it spiralled under Tony Blair’s Labour government. It’s a deeply controversial scheme. It involved the private funding of infrastructure, such as hospitals, for public services; and the government then using public money to pay back that investment via leases and repayments to the private entities at exorbitant rates.

As such, Neil used Long-Bailey’s work on them (for the NHS, at a time when PFI schemes were compulsory) as a stick to beat her with. Essentially, his questioning painted her as someone who, rather than ‘defending’ the NHS, was complicit in selling the NHS to the highest bidder. In reality, of course, she worked for a legal firm implementing a scheme dreamed up by a government that was merrily selling the NHS to the highest bidder. There’s a difference.

This fact didn’t pass others by, however:

PFI was talked up as the best thing since sliced bread at the time, and she's correct in saying it was the only game in town. It was the Tories and New Labour's swivel-eyed dedication to neoliberal economics that made it impossible to avoid. They're accountable. Not RLB.

Very clear answer. It was her job to see those deals through: she didn't make the decisions to grant those PFI deals or work on PFI bids! People are grasping at straws here.

Labour MP Stephanie Peacock then jumped on board, taking a swipe at Long-Bailey’s defence of her work at the law firm:

But this met with swipes back in Peacock’s direction:

This is beneath you.

Not only that, it's just not relevant.

She clearly explained that was part of her motivation to become an MP and to change the way the system is ran.

Why's that so hard to understand?

Very petty from Andrew Neil, and even worse for a fellow Labour MP to start a pile-on.

Indeed, some tested how far the complicity line can go for those who aren’t responsible for making policies but interact with them in their daily lives:

I took my children to a PFI hospital, I played that game too.#Unity

I think landlords are exploiting a system that allows them to profit out of a multi-generation housing crisis, but I still worked for one for over a year because I would have otherwise been destitute.

It's disingenuous to attack someone that far down the chain of responsibility.

I work in mental health. Am I complicit in the chronic underfunding of services?

I work in Transport. Does this make me responsible for the global climate crisis?

How far do you want to go?

Poor form from @afneil on this one I'm afraid.

Not for the first time…

Politicians should be accountable. And their choices before entering politics are often relevant. But it appears that the BBC and Peacock are taking aim at Long-Bailey for a policy she didn’t invent or vote for. Nor did she choose to work for the blood-sucking private entities making a mint out of PFIs. She chose to represent the NHS instead.

This attack is flimsy, and Peacock jumped right on it. A poor show from both the public broadcaster and the Parliamentary Labour Party member. No change there, then.