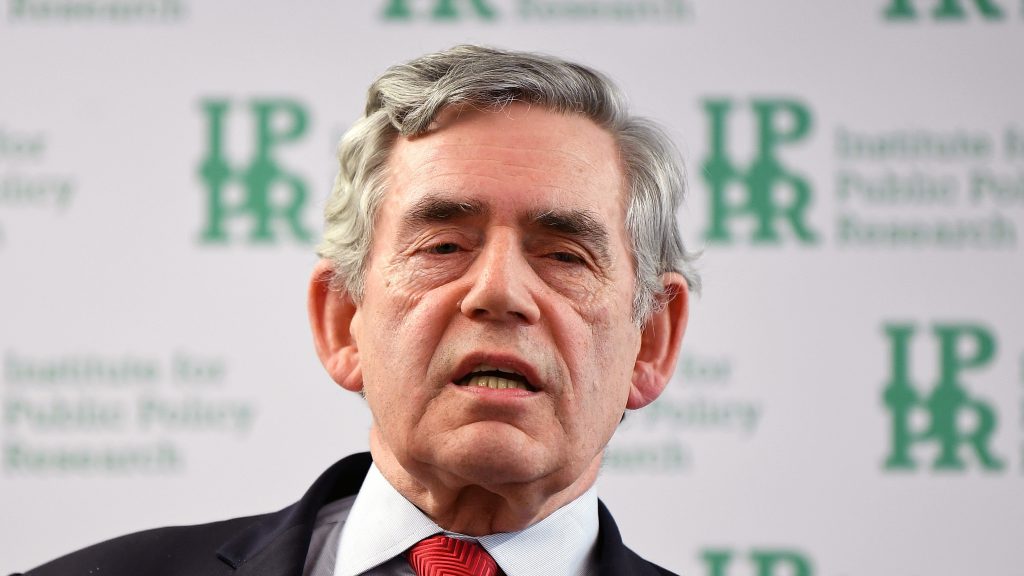 Gordon Brown has backed Keir Starmer’s bid for the Labour leadership, saying Starmer “has all the qualifications that are necessary for a Prime Minister of the future”.

Not quite the “ringing endorsement”

The former prime minister previously admitted making a “big mistake” regarding financial regulation leading up to the capitalist financial crisis of 2008. As the Guardian reported:

Brown had been prime minister for less than two months when the financial crisis began in the summer of 2007, but had been chancellor during the previous decade when the problems in the global banking system had gone unnoticed and unchecked.

Brown oversaw a multi-billion-pound bailout of the banks. And when Iceland let its banks fail, prosecuted bankers, and bailed out its citizens instead (actions leading to a strong economic recovery), Brown put its government on the UK’s terrorism list.

It’s perhaps this record that led many people to be unimpressed by Brown’s endorsement of Starmer:

Gordon Brown was the PM who decided – overnight – that investment banks needed to be bailed out, and that working people would pay it back.

Even Gordon Brown didn't have the qualifications necessary, unfortunately, so I'm not sure this is the ringing endorsement the pundit brigade are going to pretend it is

Gordon Brown is not a good example of Labour governments doing incredible things.