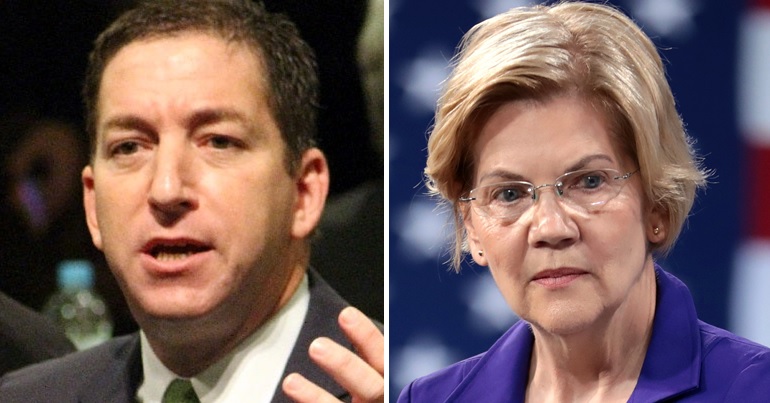 Elizabeth Warren has left the Democratic Party primary contest in the US, meaning it’s now essentially a two-horse race between progressive Bernie Sanders and elitist Joe Biden. But for now, Warren isn’t endorsing either. And one apparent reason for not backing Sanders is the “online nastiness” from some of his alleged supporters.

Award-winning journalist Glenn Greenwald gave a wonderfully sarcastic and poignant response to this kind of logic:

But one of his anonymous voters cursed me today on Twitter so now I’m with Joe.

Those who think the next President – the person in charge of the world’s most dangerous nuclear arsenal, the health of the planet & the welfare of millions – should be determined by emojis from random Twitter users are the world’s pettiest & smallest people.

Others clearly thought the same:

Rich people care so much about Twitter because it's the only place poor people can talk back to them.

In reality, Sanders himself has long called for civility from his supporters and has been remarkably restrained even when Warren has attacked him:

The speaker says that "Bernie doesn’t deserve" Warren’s endorsement: "He treat her like gum on his shoe much of the time. He never paid attention to her." I'm not sure about his attention, but I don't recall him saying a single negative thing about Warren. pic.twitter.com/gXdkROwFd8

He has also given strong praise for Warren despite the tensions between them.

The choice for any real progressive is clear

In the online age, the opponents of progress have sought to magnify the importance of internet debates. Some people treat nasty Twitter comments as somehow more important or offensive than people actually suffering and dying as a result of decisions that politicians make. There have even been cases of right-wingers apparently creating fake supporter accounts online to try and smear progressive politicians by association. Indeed, it’s difficult in many cases to prove that allegedly ‘left-wing’ trolls are actually real people and not just bots.

In short, the important life-or-death political issues at stake should be at the forefront of political debate; not what some random person says online under the shield of near-anonymity. And in terms of the real issues, the choice for any real progressive in the US should be crystal clear:

What fundamentally separates Bernie most starkly then is that, if he’s elected, so many more people at home & around the world will not die.

The question in this election is simple: which side are you on?

The side of Wall Street or working people? https://t.co/aRUdFd7UBw

“Let me just say this: I plead guilty to, throughout my adult life, doing everything that I can to prevent war and destruction. That is my view, and I make no apologies for it.” @BernieSanders