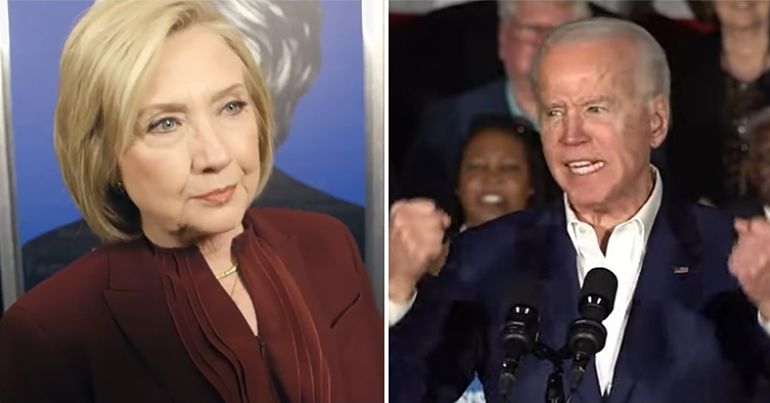 On 9 March, correspondent and producer at the Young Turks Emma Vigeland discussed the upcoming US presidential election. And in particular, she took aim at Democrat candidate Joe Biden and former candidate Elizabeth Warren. She was candid and didn’t pull any punches on either.

Firstly, she commented on Biden’s chances of beating Trump. She didn’t rate these very highly, saying:

But Vigeland didn’t just leave it at that. She backed it up saying Biden’s:

lack of vision, his mental decline, I think that’s going to spread like wildfire.

Former Green Party candidate Dr Jill Stein also believes Biden’s “obvious cognitive decline” is a concern. So of course, this would make him wholly unsuitable to take on Trump in this campaign should he get the Democrat nomination.

Meanwhile, some were wondering what happened to Elizabeth Warren now that she’s no longer in the campaign for the Democrat nomination:

if Elizabeth Warren believes in everything that she says she believes in, it’s crazy not to back Bernie Sanders unless, (and I don’t think enough people are talking about this) she’s setting herself up for a run in 2024. …

she’s trying to be someone who’s straddles both the establishment line and the progressive line, but that leaves you in no-man’s land, and that’s why she lost.

But despite – or maybe even because of – a Hillary Clinton interview on 8 March, people online still couldn’t back Biden. They see them as being too close and therefore fear a rerun of 2016. In that interview, Clinton said Joe Biden’s path to the Democrat nomination looked similar to hers in 2016. Clinton said, “he is building the kind of coalition that I had basically”.

And that was enough to send shivers down people’s spines.

One person shared a picture to make their feelings clear and that we could be in for a rerun of 2016 should he get the nomination:

So while on the one hand that may look like good news for Biden supporters, because Clinton won that Democrat nomination, it’s actually bad news. Because as we know, Clinton lost the campaign for the White House to a racist, sexist, Islamophobic, and homophobic candidate. And Clinton’s record didn’t exactly make her the ideal choice either.

Not the kind of endorsement you’d think

North Star journalist Shaun King also reacted to this endorsement, and he did so somewhat tongue in cheek:

If that wasn’t enough

Any comparison to Clinton should send shock waves throughout the Democrat Party and beyond. Because even if she had won that election, her position on foreign policy, market regulation, and the justice system would have made her unsuitable for office also.

And Biden’s position on immigration, foreign policy, and crime highlights a disturbing similarity to Clinton. They are two sides of the same coin. Clinton lost to Trump in 2016. So if Biden loses in 2020, this would subject the US to four more years of Trump.

And although today they’re rivals during the 2016 campaign, Biden said of Sanders:

Bernie is speaking to a yearning that is deep and real, and he has credibility on it. And that is, the absolute enormous concentration of wealth with a small group of people with the middle class now being able to be shown being left out.

But Joe Biden also thought Bernie was the better Candidate against Trump in 2016 🤷🏾‍♂️ pic.twitter.com/bNY4vN3hPc

So to avoid a failed rerun of 2016, Democrat supporters should actually listen to Clinton and Biden’s words very closely. Because if they are the same – and according to Clinton there are similarities – the campaign is doomed. Democrats should heed her warning. And if Biden stands by his interview prior to the 2016 campaign, then even he recognised Sanders’ genuine “credibility”.

Let’s hope the lessons of 2016 are properly learned.