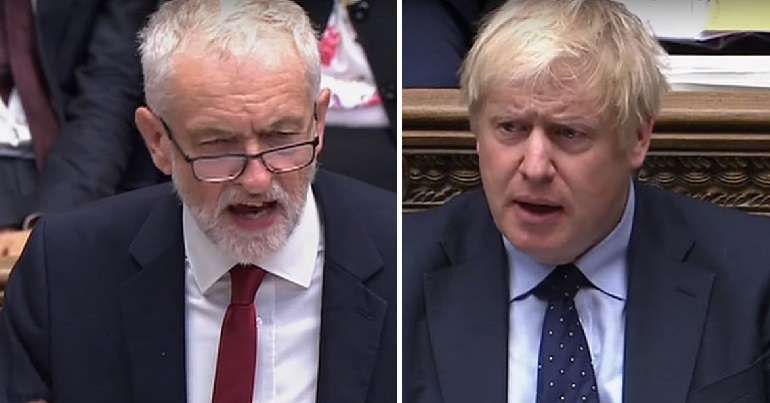 On Saturday 14 March, Jeremy Corbyn wrote to Boris Johnson regarding the coronavirus pandemic. The Labour leader urged the PM to introduce a series of measures to help stave-off the worst effects of the situation. But Corbyn’s measured and sensible response stands in stark contrast to the government’s.

As of 4pm on Sunday 15 March, there had been another 14 deaths related to coronavirus in the UK, taking the total to 35:

14 more people have died in the UK after testing positive for coronavirus, bringing the total deaths to 35 https://t.co/7HRjoAukCv pic.twitter.com/uyqYdpheZq

I've written to Boris Johnson calling for emergency support for people affected by the coronavirus epidemic, including rent deferrals and mortgage holidays, higher statutory sick pay from day one, and income protection for insecure, low-paid and self-employed workers. pic.twitter.com/7PDyZN6OiT

Perhaps the most important was the Labour leader’s proposed measures.

These measures should, in theory, be crucial. Not least because around 14 million people in the UK already live in poverty. So, aside from the immediate health risks, the government should be shielding the financially precarious from being plunged into even further destitution. That’s a catastrophe that could last well after the effects of coronavirus have left the UK.

The Labour leader also urged the PM to consult his party on new legislation. He said in the letter:

I am now writing to request a meeting with you to discuss the crisis and for urgent sight of the draft legislation, so that the Opposition, in the public interest can feed in proposals or amendments in advance of the parliamentary process

There have been media reports that the Tories are planning to bring in sweeping new powers to tackle coronavirus. These include:

But the move has already sparked controversy.

Again, the government has been criticised for not giving regular updates and allowing the corporate press to relay its messages for it. As writer Charlie Brooker tweeted:

That such life-or-death stuff is being passed to lobby journalists with no scientific background, rather than explained directly to the public by the govt is bewildering and obscene. https://t.co/Hjt9wd3HE1

Right, time to call time on this bullshit.

The government needs to start hosting regular press conferences that go out to everyone and not just publishing an occasional update in their mates newspapers. https://t.co/OoibcZN76p

Corbyn then moved on to the people most at risk in society. He said:

Any legislation introduced should be rigorously tested by an equality impact assessment and include a financial care package for those groups who are forced into self-isolation and during a period of illness and self-isolation.

On 15 March, people from around the world were sharing their stories about the impact they could face using #HighRiskCOVID-19:

Hi, I’m 27 years old and have end stage Kidney Failure and also a kidney transplant patient. I have to take immunosuppressive medication for the rest of my life to keep my donated kidney from rejecting. Please lets stay safe and healthy in this difficult time ❤️ #HighRiskCovid19 pic.twitter.com/51Q9eila3c

I have Grave's disease, fibro, cfs, and asthma. Just because YOU are healthy does not mean the rest of us are. Think about more than yourself. I am a single mom. I'd like to see my son graduate college. #HighRiskCovid19 pic.twitter.com/nQyjuyMZI3

But so far, the UK government has only said that people aged 70 and over may have to self-isolate. It has not factored in any other high-risk groups.

Moreover, the Tories have previously been unconcerned by impact assessments of their policies. For example, if the government can’t do them for social security – can Corbyn expect them for coronavirus?

The Labour leader’s call-to-action is strong. But will the government listen? The World Health Organisation (WHO) has already slammed the Tories’ response to coronavirus. So far, it appears to have fallen on deaf ears.

Corbyn’s plan seems measured, timely, and moreover supports those in society most at risk; not only from coronavirus but the economic impact of it as well. Labour’s stance should shame the Tories into action. But given their ‘fingers-in-their-ears’ approach to coronavirus so far – that’s a highly unlikely scenario.