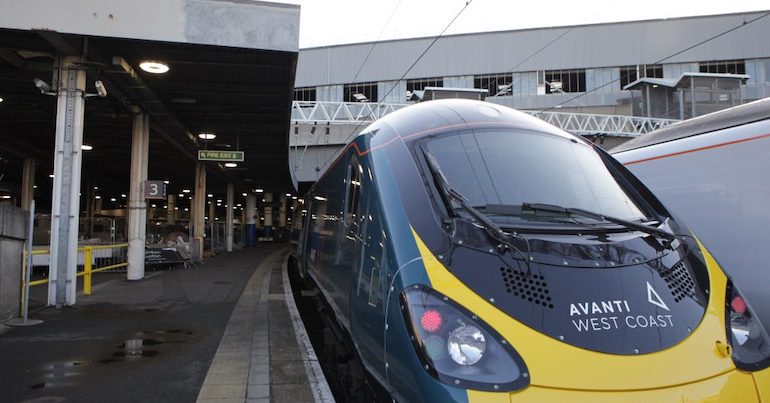 On 23 March, the Department for Transport (DfT) announced the suspension of some rail franchise agreements. This is to avoid train companies collapsing due to the coronavirus (Covid-19) crisis. And while this is good news to keep a rail service running, it also highlights some stark truths about our profit-led privatised rail system.

Train operators can now transfer all revenue and cost risk to the government. In return, they’ll be paid a small management fee to run services. These emergency measures will be in place for an initial period of six months.

According to the DfT, passenger numbers have fallen by up to 70%, while ticket sales are down by two thirds. Rail timetables around the UK have been slashed because of coronavirus. Yet train services remain vital, especially for key workers.

Advance ticket holders can now get a refund free of charge. Meanwhile, administrative fees have been waived for season ticket refunds.

Allowing operators to enter insolvency would cause “significantly more disruption to passengers and higher costs to the taxpayer”, the DfT said.

In its 2019 manifesto, Labour pledged to:

deliver improvements for rail passengers by bringing our railways back into public ownership… This will enable us to make fares simpler and more affordable, rebuild the fragmented railways as a nationally integrated public service, [and] cut the wastage of private profit

But at the time, Confederation of British Industry (CBI) chief Carolyn Fairbairn accused party leader Jeremy Corbyn of clinging to “outdated ideologies”. The Independent reported he was forced to dismiss:

allegations that he is anti-business as “complete nonsense” [and] said he would not apologise for planning the renationalisation of key sectors of the economy.

Indeed, according to the Telegraph, investors argued that Corbyn’s nationalisation plans would amount to a “blatant breach of human rights”.

And yet, just months later, here we are. Without government investment during this crisis, it seems likely trains might stop running. In times of crisis, years of profiteering from essential public services unravels. Had the trains already been under national ownership, we wouldn’t be here.

That private train companies are already asking for bailouts to continue operating shows why it is so irresponsible to privatise vital public services like the railway. There should be no bailouts or renegotiations. These services should be nationalised. https://t.co/L1CKJToZfD

A momentous day 🚆✊ 'Britain’s trains have effectively been nationalised' amidst the coronavirus crisis. This proves what we've been saying all along – public transport is an essential public service, not a cashcow for private operators. https://t.co/T4aqgIjcBt

Rail tickets, including season tickets, will be refunded.

I see that they've nationalised the train system for the duration. Tories learning the lesson the hard way. When push comes to shove the free market sucks. Only Socialism can save us.

Trains have been effectively nationalised in the UK. The same goes for private health in Spain. The things that the ideologues of neoliberalism told us were impossible are quickly happened, driven by the urgency of the moment.

protect the key workers who depend on our railways to carry on their vital roles, the hardworking commuters who have radically altered their lives to combat the spread of coronavirus, and the frontline rail staff who are keeping the country moving.

People deserve certainty that the services they need will run or that their job is not at risk in these unprecedented times.

The DfT also acknowledged that, during this time, companies should expect “far less than recent profits earned by train operators”.

So this action, triggered by the current crisis, highlights a crucial fact. Trains can, and should, run without fat-cat profiteering. Despite the ongoing tragedy of the pandemic, we need to insist that this is one change that remains in place afterwards.