In one sentence, Jeremy Corbyn sums up why the coronavirus has changed politics - Canary 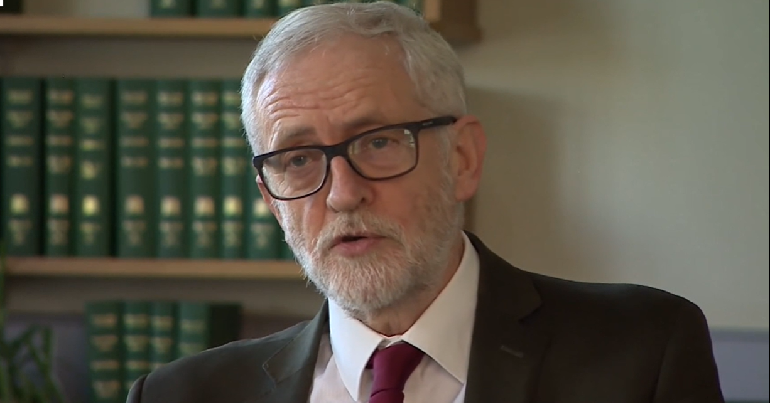 In an interview with the BBC on 27 March, Jeremy Corbyn highlighted how the coronavirus (Covid-19) has changed politics “in every country in the world”.

But one sentence, in particular, summed exactly why it has changed. Corbyn stated:

There’s suddenly a realisation that we’re only as healthy as the safety of our neighbour.

“A change in our politics”

Corbyn highlighted the fact that his policies have been vindicated by the government’s response to the pandemic:

I was denounced as somebody that wanted to spend more money than we could possibly afford, in order to right the social wrongs of this country.

Chancellor Rishi Sunak has announced that the government will pay 80% of workers’ wages during the pandemic to encourage employers to keep them on payroll. He’s also announced an aid plan for self-employed people. This will be alongside some increases in housing benefit and Universal Credit (UC).

Of course, holes in the system still remain. UC does still not pay enough to live on. And new UC claimants who aren’t privileged enough to have a passport, driving license, or bank card still need to visit job centres in person with proof of ID. There’s still a five-week wait before the first UC payment, creating considerable hardship for people who’ve been laid off because of the pandemic. Plans to support small businesses may create more problems than they solve. And the aid package for the self-employed is of no immediate benefit because it doesn’t come into effect until June 2020.

The immediate introduction of a Universal Basic Income would help prevent people from falling through the cracks, but the government’s still resisting this.

Meanwhile, the mainstream media seems to be working overtime to cover up the Tory government’s incompetence during the pandemic. Whereas Corbyn still remains the one showing stronger leadership amid the chaos. It just goes to show that Corbyn may not have won the election, but he’s still the best leader this country’s seen in a very long time.