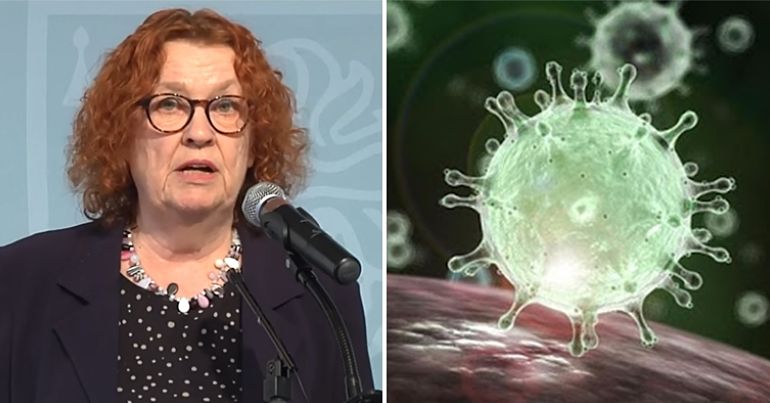 As people struggle to come to terms with the new coronavirus (Covid-19) pandemic, lives are lost daily across the globe. And it seems that too many elderly people, people who are chronically ill, and poor people have little to no support.

The death toll in the UK at the time of writing stands at 5,373. But according to freelance writer Ruth Dudley Edwards, we’re doing too much to protect vulnerable people. She wrote this in a cruel and ignorant opinion piece:

It’s for public to decide if we’re to wreck our economies to stop more old and sick dying https://t.co/3Urb9eFY1q pic.twitter.com/FbMaTUISZ1

‘Knowing nothing’ but pressing ahead regardless…

Writing in the Belfast Telegraph on 6 April, the writer claimed to “know nothing” about the coronavirus. She should have stopped there. But she didn’t. She wrote:

I’m sick of know-all know-nothing journalists who claim to be seeking the truth and speaking it to power, but are in fact simply scoring points and bullying and mocking politicians who face terrible choices.

I had a lot of sympathy with the British Government’s adoption of the herd mentality policy, which seemed rational to me, but was booed and laughed off stage after a campaign of unremitting media alarmism.

And by classifying herself as “old”, she thought that gave her a licence to be callous. She continued:

Like many other old people, I’m pleased that the present epidemic seems to endanger the old rather than the young. If I’m taken into hospital with coronavirus, if there is a shortage of ventilators I’ll be requesting medics to pass them to younger people, and I’ve already made it clear to my intimates that I do not wish to be resuscitated.

I may not know much, but if the lockdown hasn’t seen off the worst threats to the NHS, I know that in the next couple of weeks we should face this grim choice coolly, realistically and bravely.

There’s a valid argument for ignoring garbage like this in the hope nobody notices it. But that’s a careless strategy. So thankfully, several people took to social media to express their revulsion:

Absolutely disgusting to see this published @BelTel, the economy can recover families and communities can’t. pic.twitter.com/Wr5ub4qznR

Callous, irresponsible and simply cruel. And being in the aforementioned category does not give you a free hand to drool out this piss.

Thankfully you have no audience and zero credibility

Ruth – Wasn’t it the Nazis who selected the old and infirm to die first and they kept the strongest to protect and develop their economy? Is that where you got the idea for this article?

This isn’t the first time the writer has posted something callous, though. On 21 May 2019, when Sinn Féin’s John Finucane became Lord Mayor of Belfast, she posted something sickening about his father. The terrorist Ulster Defence Association (UDA) murdered Finucane’s father. His family is still fighting for justice:

Like his father. An apologist for the IRA. https://t.co/TIiS2mjrm3

Shame on the Belfast Telegraph

To be frank, an article like this would be more at home in a far-right publication. So it must be called out. Because in such worrying and stressful times, it’s important that an opinion like this never gains acceptability.