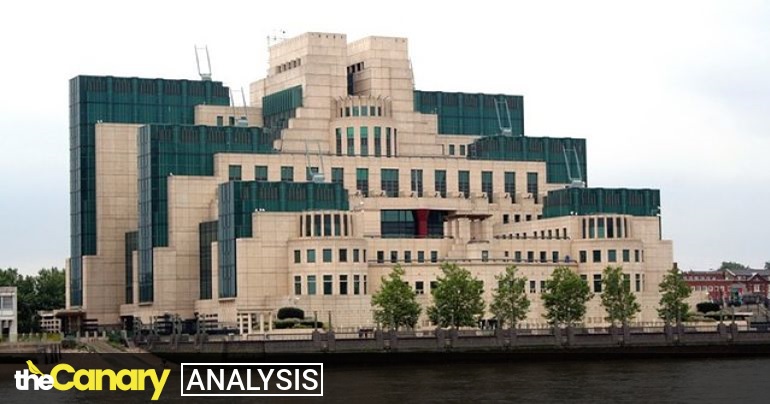 On 17 March 2020, Hashem Abedi was convicted of the murder of 22 people at the Manchester Arena. They died as a result of a bombing carried out by his brother, Salman Abedi, who died at the scene. Hashem Abedi was found guilty of aiding his brother in this heinous act, which also saw 237 people injured.

Following the trial, the corporate media rightly focused on the coronavirus (Covid-19) outbreak. Perhaps this explained why there was little mention in the press of how MI5 failed to monitor Libyan jihadists properly in the part of Manchester where the Abedis lived; or of how MI6 may have helped radicalise the jihadist group that the Abedi brothers, via their father, were linked to.

While a number of factors operate to contribute to an individual’s radicalisation, it is difficult to avoid the conclusion that one of these contributory factors is British direct and covert action in Iraq, Libya and Syria. Without these actions – by Britain and its close allies – it is conceivable that [Salman] Abedi might well not have had the opportunity to become radicalised in the way he did.

MI6 was responsible for covert action in Libya. Monitoring of exiled Libyans in Britain was down to MI5.

MI5 and the LIFG

In the wake of terror attacks in London and Manchester, a former senior policy adviser to David Cameron commented on how Theresa May should accept responsibility, tweeting:

Theresa May responsible for security failures of London Bridge, Manchester, Westminster Bridge. Should be resigning not seeking re-election pic.twitter.com/2o0odey2BQ

Indeed, under May’s watch there was an apparent catalogue of failures by both MI5 and the police to follow through on warnings and intelligence.

An official report into the attack, conducted by David Anderson QC, noted that: “On two separate occasions in the months prior to the attack, intelligence was received by MI5 whose significance was not fully appreciated at the time. It was assessed at the time not to be [related to] terrorism but to possible non-nefarious activity or to criminality on the part of Salman Abedi.

“In retrospect, the intelligence can be seen to have been highly relevant to the planned attack.”

In particular, it was under May that MI5 reportedly conducted an ‘open door’ policy for the Manchester-based LIFG (Libyan Islamic Fighting Group). One LIFG fighter told Middle East Eye that MI5 had inspected but returned their passports and that counter-terrorism police at Heathrow Airport were told to let them board their flights. As for Salman Abedi, Middle East Eye reported that:

after his father returned to Libya in 2011 to fight for LIFG, Abedi reportedly travelled back and forth between his home and Manchester and Tripoli, and fought alongside his father during the school holidays.

As the Guardian reported, many LIFG members had escaped Libya and arrived in the UK after a plot to assassinate Libyan leader Muammar Gaddafi failed:

When that plot – which some claim was backed by MI6 – failed, the LIFG was pursued by Gaddafi’s security forces. A large number fled to the UK, where they were granted asylum on the grounds that as opponents of Gaddafi “our enemy’s enemy is our friend”, and many went to Birmingham and Manchester – home to established Arab communities that had found work in the cities’ engineering industries.

A leaked top-secret CX (MI6) document – with the title LIBYA: PLANS TO OVERTHROW QADAHFI IN EARLY 1996 ARE WELL ADVANCED – shows details of that plot. According to the document, an agent referred to as ‘Tunworth’ admitted contacts between the assassination plotters and extremists. They were described as “Libya veterans who served in Afghanistan”, i.e. people with connections to groups like al-Qaeda. Explanatory notes to that document suggest that the permanent under secretary’s department, GCHQ, MI5, the Ministry of Defence, and MI6 stations in Tunis, Cairo, and Washington all knew of the assassination attempt in advance.

The plot went ahead in February 1996 in Sirte, Qadafi’s home city, but a bomb was detonated under the wrong car. Six innocent bystanders were killed, and Qadafi escaped unscathed.

MI6 also played a pivotal role in the alleged rendition of LIFG leader Abdel Hakim Belhaj, who was subsequently tortured by Libyan intelligence. Several incriminating documents retrieved by Human Rights Watch showed the extent to which MI6 head Mark Allen personally intervened and assisted the Libyan authorities in the matter.

Libya is currently one of the most unstable countries in north Africa. There are now reports of Syrian jihadists allied to Turkey providing support to the Tripoli-based government of national accord.

Covert intelligence operations can lead to unforeseen results, and it’s impossible to predict how events would have panned out had Britain not interfered in the geo-politics of that region. But while politicians who oversaw those operations appear to have emerged relatively unscathed, the same can’t be said for the ordinary folk who merely wanted to attend an Ariana Grande concert at the Manchester Arena.