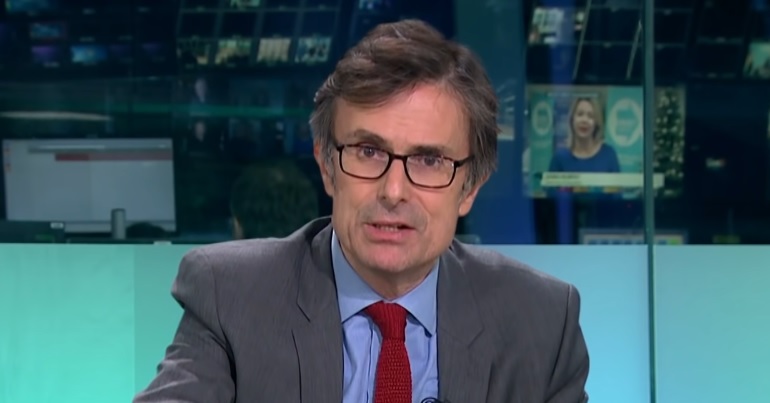 ITV‘s Robert Peston put out a plea to the British public on 7 May. He asked people to support an “important campaign” which is “aimed at celebrating the role of journalists from all sectors” during the coronavirus (Covid-19) pandemic.

No one can quite believe the plea, however. Not because a campaign celebrating journalism is necessarily wrong. On the contrary, good journalism is fundamental to a functioning society and should be celebrated. But as people pointed out, Britain’s mainstream press doesn’t generally do good journalism. In fact, its output is often detrimental to society because it arms people with propaganda rather than fact.

So having one of the major players in what passes as news in Britain making a plea to celebrate his ilk met with some consternation.

Let us know when…

The campaign is the brainchild of the Journalists’ Charity, an organisation Charles Dickens set up in 1864. The charity’s CEO James Brindle said at the launch of the campaign:

For millions of people in this country, the idea of living through lockdown without journalism is simply unthinkable. Journalists have been working tirelessly to serve their audiences at a time when their normal working lives have been turned upside down, and many are facing an uncertain future.

Peston threw his weight behind the endeavour in a tweet, where he urged people to support the initiative. But many just couldn’t believe what they were reading (given the messenger): 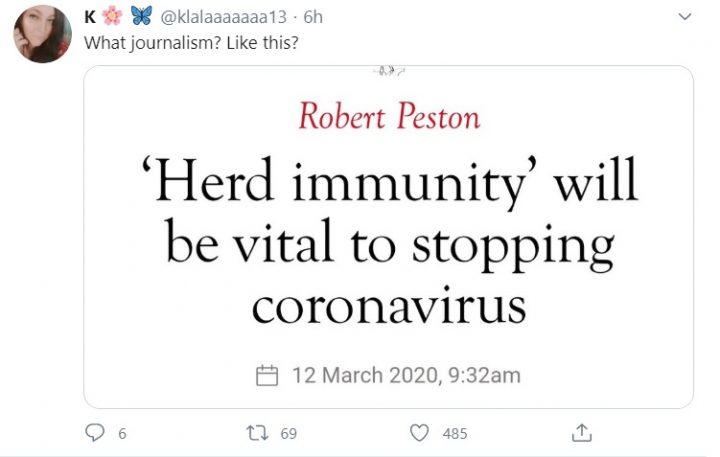 Rather than instantly offering their backing, meanwhile, some people laid down some conditions for it:

When journalists start fearlessly going after the powerful and corrupt, instead of reinforcing their rancid narratives then we’ll support you. 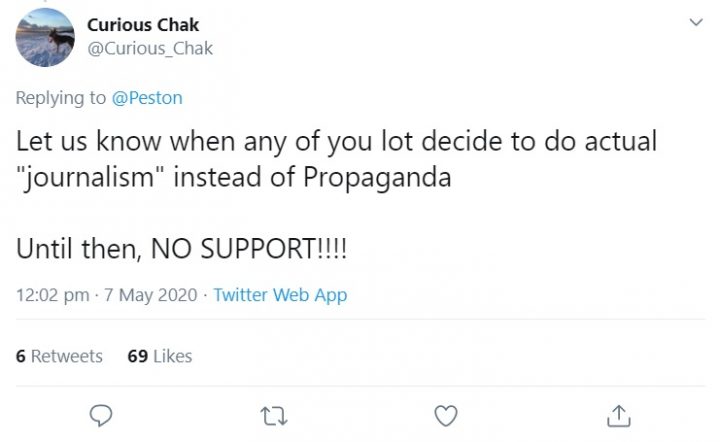 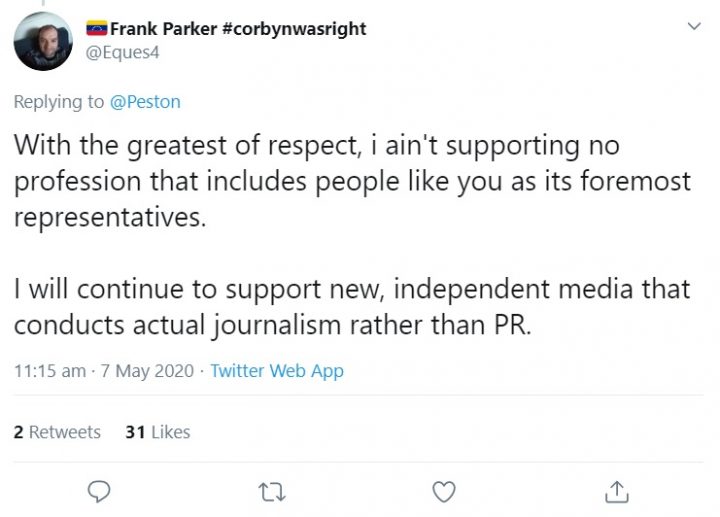 In relation to media outlets’ output during the pandemic, one response came through loud and clear:

Throughout this crisis I've asked myself many times how much worse it would be were it not for British political journalism.

The answer, every time, was not remotely worse in any way whatsoever. 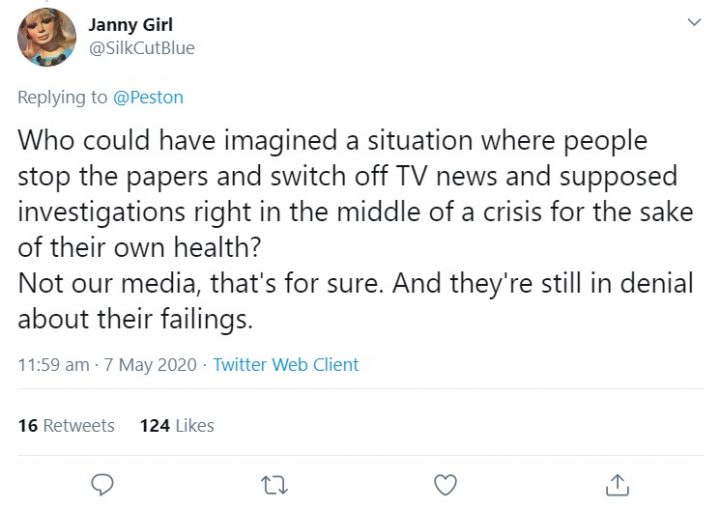 The responses to Peston’s plea highlight how low trust in the media is among the British public. This shouldn’t be news to the ITV political editor, though. A poll in April revealed that only 24% of people surveyed trusted TV journalists. Newspaper journalists fared even worse, with only 17% of people saying they had trust in them. As The Canary‘s Ed Sykes recently wrote:

Trust in the mainstream media has been falling for years, and people have long viewed the British press as one of the most ‘right-wing’ and ‘biased’ in Europe. That perhaps has something to do with most outlets belonging to and serving the interests of billionaires.

Serving the interests of billionaires, rather than the public, was key in the media’s years-long vilification campaign against Jeremy Corbyn. Its role in backing up billionaires has been less than subtle at times too:

I see the BBC is now taking the ‘aspiration’ discourse to defending… billionaires. Embarrassing. #GE2019 #GE19

In 1855, Dickens chided a British government from his recent past for its actions. Referencing its miserly conduct in disposing of wooden tally sticks which led to a fire that destroyed much of the Houses of Parliament in 1834, he said:

The sticks were housed at Westminster, and it would naturally occur to any intelligent person that nothing could be easier than to allow them to be carried away for fire-wood by the miserable people who live in that neighbourhood. However, they never had been useful, and official routine required that they never should be, and so the order went forth that they were to be privately and confidentially burnt.

Dickens’s instinct to criticise political decision-making for not considering the needs and welfare of citizens appears to be distinctly lacking in today’s media bigwigs.

Modern-day Brits, meanwhile, have cottoned on to this. They know, through the corporate media’s words and actions, that it’s not looking after their interests. So no wonder they scoff when people like Peston put out a plea to celebrate it.