More suspected refugees have been spotted at Dover in Kent on 9 May as the huge increase in English channel crossings since lockdown was imposed continues.

Pictures taken at the busy trade port show people wearing face masks being processed by officials. They follow reports of another influx of refugees to Britain on 8 May.

A humanitarian charity said it’s “little wonder” that so many people are risking their lives to cross the dangerous Dover straits because of “awful conditions” in French refugee camps.

The Home Office has yet to confirm how many refugees were brought to the UK on either day. The department has only confirmed on 9 May: 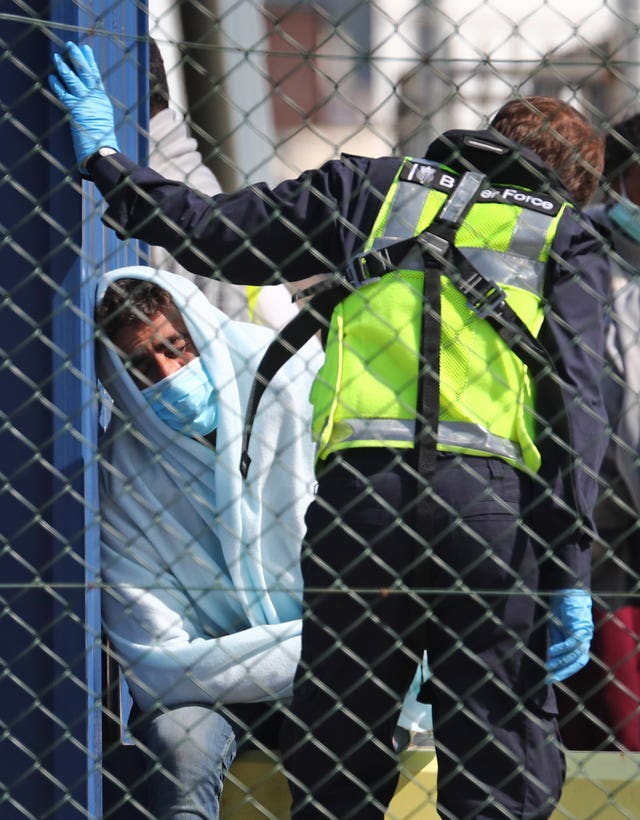 Earlier this week, home secretary Priti Patel acknowledged that a recent increase in the number of boats making the dangerous crossing of the English Channel is linked to the coronavirus (Covid-19) lockdown.

Since lockdown was announced in Britain on 23 March, at least 609 refugees have been intercepted by UK authorities and brought ashore, according to data gathered by the PA news agency. This is more than half of the entire total for 2020, which stands at at least 987.

These figures do not include crossings on 8-9 May, which the Home Office has so far refused to disclose.

It’s little wonder people living in France’s refugee camps are desperate to make this dangerous crossing, given the awful conditions they face there.

Coronavirus has made a bad situation life-threateningly worse. People are squeezed into tiny areas, they can’t social distance, and the support they relied on for survival is drastically reduced.

These people are fleeing terrifying situations in some of the most dangerous parts of the world. They aim for the UK because they want to be safe.

Many have family or other connections, and others know our language and want to integrate and contribute. Now more than ever, we need to give them a safe and humane way to have their requests for asylum fairly heard, that’s the way to end chaotic and dangerous channel crossings once and for all.