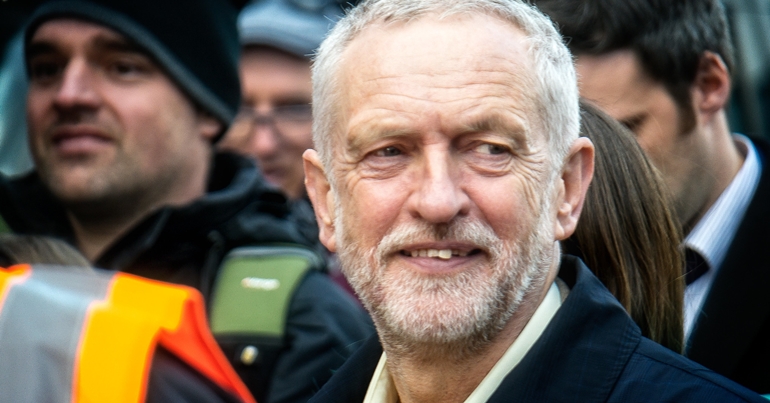 On the 75th anniversary of VE Day, Jeremy Corbyn remembered those who died fighting fascism as well as “the millions murdered in the Nazi genocide”:

75 years on from #VEDay, we remember all those who gave their lives in the fight against fascism, and the millions murdered in the Nazi genocide.

The defeat of Nazism was a victory for the whole of humanity.

And that’s not all he did. Because he took time to deliver food to those most in need, as a result of coronavirus (Covid-19) restrictions:

Across the country this bank holiday volunteers are helping with food banks, food deliveries and other forms of mutual aid.

At the end of this crisis, let’s learn the lesson of how we came together to support each other. pic.twitter.com/JdzE6YCr11

And through these actions, Corbyn reminded us of the kind of leadership we so badly need at this time of crisis.

Corbyn took a battering from a mainstream media smear campaign while he was leader of the Labour Party. This was especially heightened during the 2019 election campaign. Yet none of it reflected his record as an anti-racist campaigner nor the sorry racist record of his rival Boris Johnson.

That experience might lead many to throw in the towel. But this has never been Corbyn’s way throughout his political career. And it didn’t go unnoticed online. Lots of people voiced their support and thanks for Corbyn given “the battering he’s had”:

Given the battering he's had many would forgive Jeremy Corbyn for giving up on it all. But no here he is, as ever, putting his money where his mouth is (as my mum would say), not just praising keyworkers but joining them. Much ❤ and #Solidarity JC 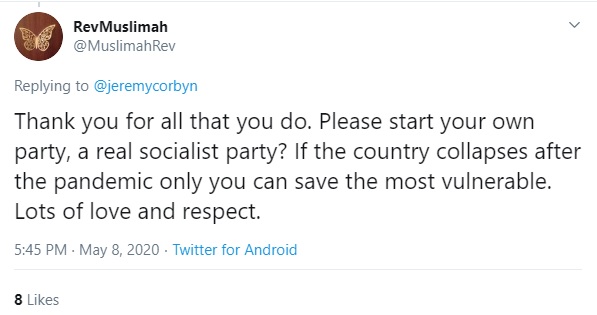 Yet nobody put it quite as well as this person:

Corbyn has been showing people what a real leader looks like for some time. When Johnson was nowhere to be seen during the February floods, Corbyn visited people affected to show solidarity. Johnson, meanwhile, was accused of hampering relief efforts by not calling a meeting of Cobra which would have helped the government respond to the emergency.

And it’s something that’s proven to be a habit for Johnson. The Sunday Times revealed he missed five meetings of Cobra between January and March as coronavirus grew globally.

Frontline workers are going without the necessary equipment to fight the coronavirus. And Jeremy Corbyn was clear in telling Johnson that these workers need greater support and proper personal protective equipment (PPE). He’s also been vocal on the need for testing as stressed by the World Health Organisation (WHO) and supporting better workers’ pay and conditions.

For the many not the few

So when Corbyn brought food to those who need it, he was continuing as he’d always done, leading through example – something that’s woefully lacking in this government. Because Corbyn is today as he was in the past – someone who stands for the many not the few.