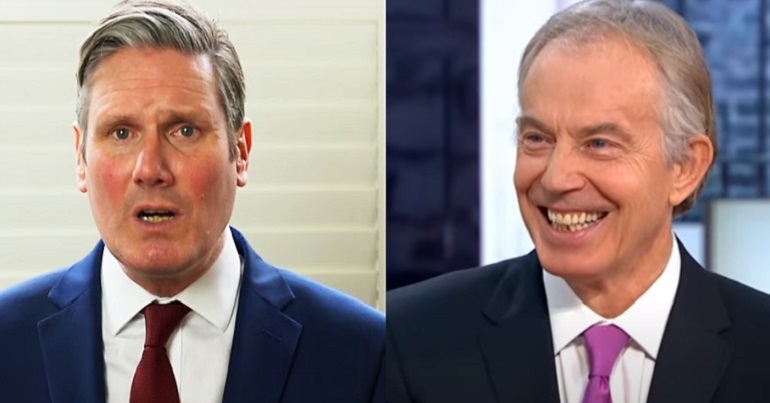 Keir Starmer’s Labour Party has just formalised a coronavirus (Covid-19) pledge for millions of private renters that hasn’t gone down too well with some people. The ideas, though, are not new. But moreover, does this shift away from Jeremy Corbyn’s stance actually represent something deeper with Starmer? Like “Blue Labour“?

The Labour Party tweeted on Saturday 9 May:

BREAKING: Renters, Labour's got your back.
Here's how we can protect renters during the #coronavirus crisis 🏠
🚫 Ban evictions
🤝 Make getting financial help from the Government easier
🗓️ Give people more time to pay
❌ Stop renters being made bankrupt pic.twitter.com/3ZKsk0zFZP

Some people on social media were not happy with this policy. The Canary‘s editor-at-large Kerry-Anne Mendoza warned about the impact of the policy:

Labour Party or Landlord Party? People in poverty don’t have the funds to “pay back” months of sky-high rents they could barely afford *before* a global pandemic, pay cuts & job losses. In abandoning working class needs, Labour is handing this country to the far right.

Ashamed of Labour’s announcement on rent. And it really hurts me to say it. We need rent cancellations, now.

And Amanda summed up the situation by tabling a wider idea for the left. A new party, perhaps?

Thatcher, as much as I despise her, tapped into the mood of the boomer generation; who've stayed loyal to her ideas since. Corbyn, similarly understood millennials, everything Starmer's doing is turning those voters away; there's a real opportunity for a new left party to emerge!

But the reality is Labour is actually only confirming a policy it announced last month.

On Wednesday [22 April], whilst Keir Starmer received near-unanimous congratulations from the professional pundit class for his ‘grown-up’ and ‘forensic’ debut performance at Prime Ministers Questions, the Labour Party quietly confirmed that they had watered-down their position on renter’s rights during the COVID-19 crisis.

The policy has now changed from rent suspension to rent deferment i.e. Labour’s new policy is that renters should have to pay rent for their time spent occupying their homes during the crisis but not until a later date, with Starmer’s team calling upon the Government to “legislate for a further, manageable period for renters to pay back deferred rent”.

Where necessary rent payments should be suspended for a three-month period to enable people to feed themselves and their loved ones, and to avoid driving people into destitution; at a time of widespread job losses and wage cuts of at least 20%, it is not unreasonable for landlords – many benefiting from a mortgage holiday – to prepare for small declines in their regular income.

In other words, private renters should get three months rent-free from landlords. Now, Starmer’s Labour has gone distinctly pro-landlord in their approach. But should we expect anything else?

Tony Blair and Bill Clinton were the masters of so-called “triangulation“. It’s where you take the best bits from both left-wing and right-wing politics, remove the nasty stuff, and end up with something that will please swing voters and also hopefully people nearer the centre-ground. Blair and Clinton’s approach was called the “Third Way”. It married left-wing social values with more right-wing market economics. The approach has faced criticism, not least for ignoring class divides in society.

So, after Corbyn’s decidedly left-wing tenure as Labour leader, it appears Starmer is back to triangulation again. The party’s rent policy is the perfect example: appearing to give poorer people a little help, while not making the richer ones feel hard done by.

But Starmer is not the biggest socially left-wing liberal going: his muted support for trans rights has been criticised, and during the leadership election he didn’t sign a pledge card committing to expel “transphobic” members. Moreover, he’s come out recently and said Labour should be “proudly patriotic”. And he even got a front page in the Telegraph.

Yet he conversely pledged to renationalise rail, water, energy and the Royal Mail during his leadership bid. So, it seems Starmer’s brand of triangulation might be a ‘fourth way’: taking more socially conservative policies and combining them with left-wing economics. This is all a bit “Blue Labour”, a concept founded by Maurice Glasman based on socially conservative values of ‘family, faith and flag’ but more socialist economic policies. It is rooted in the values that Glasman perceived existed in the party pre-WWII. So far, Blue Labour hasn’t endorsed Starmer. It’s merely given its opinion on what he should do.

Could we see a return to more traditional, pre-WWII Labour values under Starmer? Given the current pandemic and Brexit has caused a surge in British patriotism among some working-class voters – maybe. And perhaps specially since Corbyn’s agenda didn’t seem to land in some working-class communities.

But don’t be fooled: just because Starmer talks the talk on defending the working classes, that doesn’t mean he’s on our side – as his coronavirus rent policy clearly shows. Be prepared for Blair-style triangulation, with knobs on.