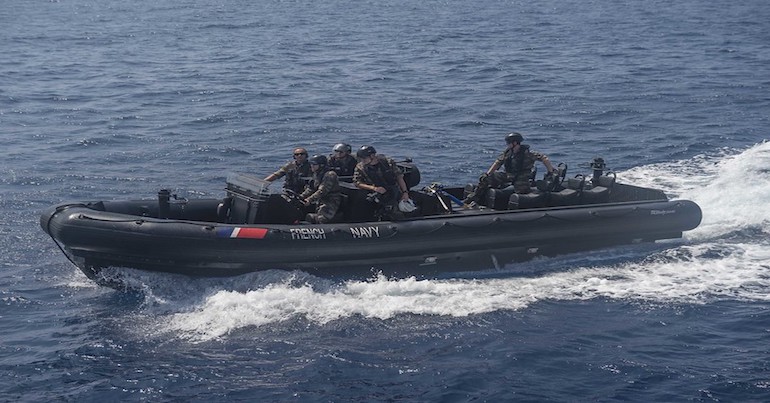 Two children are among the four people from the same family who have died trying to reach Britain across the Channel from France. Their fifteen-month-old baby is still missing.

Rasul Iran Nezhad, Shiva Mohammad Panahi and their children, Anita, nine, and Armin, six, drowned. The Kurdish family had left Iran, and travelled through Turkey to France, before attempting the crossing. They had previously tried to come to the UK through other routes. But having failed twice, they resorted to paying people smugglers.

These deaths are the latest in a series of heartbreaking attempts to cross the Channel. This loss of life is entirely avoidable. However, the policy of the hostile environment actually makes the deaths of migrants all too inevitable.

The policy demonises and punishes people who are risking their lives to find safety and shelter.

Helpfully, a number of right-wing figures have stepped forward to offer us their sage insight.

Home secretary Priti Patel had this to say:

My statement on the tragic loss of life in French waters. pic.twitter.com/KFQGzjP4Lc

It’s a fat lot of good Patel’s thoughts and prayers will do. Given that she is currently overseeing the introduction of a points based immigration system, her thoughts might be a little limited. The new system will replace freedom of movement.

Further, Patel’s claim that she will “do everything… to stop callous criminals exploiting vulnerable people” begs us to ask if the criminals she refers to are her own government. Could it be those who shafted the Windrush generation? Those who watched Grenfell tower burn with poor Black and Brown people inside? Maybe it’s those who are working to enact the regressive and racist Prevent policy?

Enter the man whose racism precedes him. Incidentally, he is also the man currently busy guiding the country through a disproportionately large coronavirus death toll of BAME people, prime minister Boris Johnson:

My statement on those who tragically lost their lives in the Channel today. pic.twitter.com/W7zT5NKINr

The idea that coming down hard on the “ruthless criminal gangs” will go any way to avoiding the loss of life is so laughable it makes you want to weep.

Two adults & two children – aged 5 & 8 – died after their boat sank while crossing the Channel. They were hoping to rebuild their lives here.

This tragedy shows why instead of whipping up fear about a "migrant crisis", we should create safe & legal routes to sanctuary in the UK.

The hostile environment doesn’t work just though government policy. It works by whipping up suspicion and mistrust of refugees. Creating a narrative that criminal gangs are the ones to blame for these tragic deaths neatly shifts the blame from decades of government policy that has made monsters of people seeking sanctuary onto rogue gangs operating outside the law.

Any more for any more?

Famous race understander Laurence Fox logged on to plead for these same criminal gangs to be stopped:

What horrible news. No child should drown on the way from one free country to another. Find the bastards who make money out of this manslaughter and stop them operating. For good. https://t.co/mU0TLXH1e3

The apparent freedom of France and Britain in relation to refugees aside, we have some concerns. Is Laurence worried about Tory ministers making money from private companies? Do they need to be stopped? Answers on a postcard.

MP Nadia Whittome posted a speech she gave a month ago and rightly called the government out for allowing people to die for trying to get into the country:

Last month I asked how many more people have to die before Priti Patel creates safe and legal routes.

Two children, aged 5 and 8, have since died crossing the Channel.

I can’t even begin to comprehend the heartbreak that this government has allowed. It’s unforgivable. https://t.co/zePDPIJ9zA

Safety is so important for people trying to get into the country. People desperately seeking a better life should be helped and welcomed. If the UK had reached out a helping hand and offered sanctuary when this family first tried to enter the UK, we wouldn’t now be mourning their deaths.

Instead, what Britain has is a callous shower of right-wing figures who can’t see the wood for their own hypocrisy. Spare us their crocodile tears; we don’t need their thoughts and prayers.