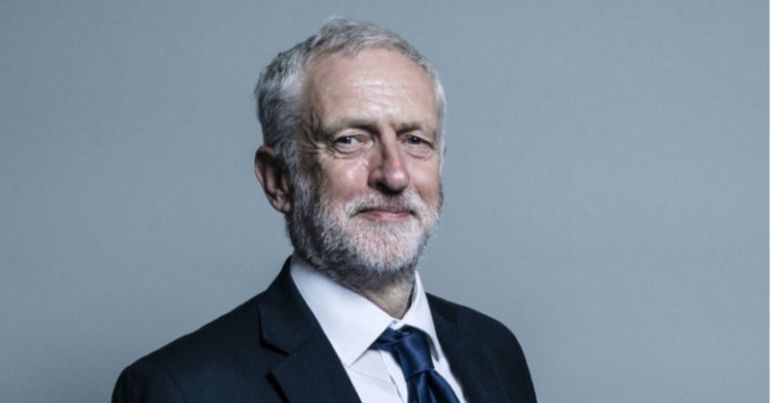 19 comments
Support us and go ad-free

Former Labour leader Jeremy Corbyn has been suspended, “in light of his comments” in response to an investigation into antisemitism in the Labour Party. The Equality and Human Rights Commission (EHRC)’s investigation, published on 29 October, found Labour responsible for “unlawful acts of discrimination and harassment” in its handling of allegations of antisemitism.

In his statement following the release of the report, Corbyn said he regrets it took “longer to deliver that change than it should,” but that:

the scale of the problem was also dramatically overstated.

This comment led to his suspension from the party. Corbyn told followers that he will “strongly contest” Labour’s decision to suspend him.

People took to Twitter to express their thoughts about the shocking news. There has been an outpouring of solidarity for Corbyn from organisations and individuals, under the hashtags #IStandWithJeremyCorbyn, #WeAreCorbyn and of course, #Jezza.

"We stand in solidarity with Jeremy Corbyn and believe that his record speaks for itself. As an organisation we will continue to campaign against all forms of racism and for Palestinian rights." #WeStandWithJeremy #WeAreCorbyn #EHRCReporthttps://t.co/Eibv3zJMWj

Can anyone honestly suggest we live in a healthy democratic society when I statement like this gets you suspended from a major political party? pic.twitter.com/JqDnhhiRCc

Solidarity to @jeremycorbyn from @Camden_Momentum

Jeremy has been an inspiration as we stand together for a socialist & humane Britain.
That this comes after the shameful abstention on the spycops bill shows how unfit Labour leadership is now.
We will resist. We must resist

Just a reminder that it's only been 5 days since it was revealed that Boris Johnson's Tories are hanging out with literal Nazis.

But somehow a lifelong anti-racist is the real threat.#IStandWithJeremyCorbyn https://t.co/zv16lWn1FM

Some are calling on Corbyn to establish a new political party, as they feel that Labour no longer represents the politics they stand for. Many are calling for #StarmerOut:

These bastards would rather pretend Jeremy Corbyn is an antisemite, than make the necessary changes to our economic system so our children don't grow up in needless poverty. #StarmerOut #IStandWithJeremyCorbyn

Labour’s decision to oust Corbyn is monumental. With internal divisions running deeper than ever, the future of left-wing parliamentary politics in England is unclear.