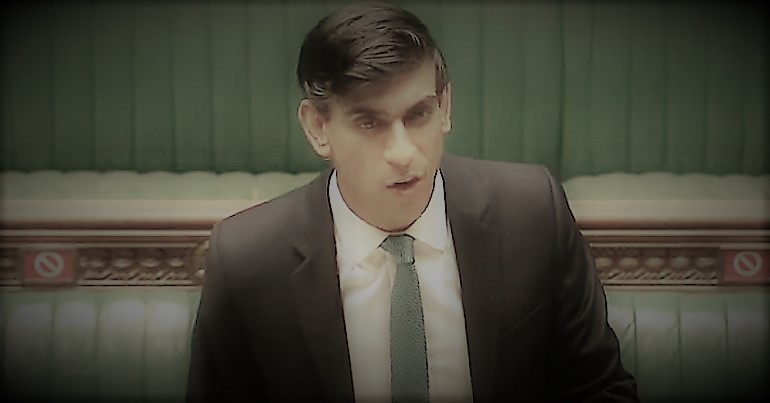 Chancellor Rishi Sunak’s Spending Review was a fine bit of electioneering, if you’re a Tory. Otherwise, as one person pointed out about a key policy, it was all a bit “smoke and mirrors”. Because buried in the detail was a damning admission: that austerity round two had effectively begun.

First up, and it was Richard Vaughn from the iPaper who called Sunak’s national living wage rise “smoke and mirrors”. He is increasing it by 19p an hour to £8.91. As the Resolution Foundation pointed out, this is:

the smallest rise since 2013

So, actually – in real terms (when you factor in inflation forecasts for 2021) this may end up being about 1%:

Smoke and mirrors from Rishi Sunak on the rise in the national living wage there. Says he will accept the Low Pay Commission's recommendation of a 2.2% rise BUT the rise was supposed to be 5.6% before Covid.

But people who the Tories will definitely be cutting money from are social security claimants.

The Mirror reported that people on so-called legacy benefits like Employment and Support Allowance (ESA) will see a mere 0.5% rise in their payments next April. This is a real terms cut, if inflation rises as forecast.

Public sector workers didn’t fair much better. Sunak is freezing the pay for most of them next year, except for around one million NHS staff. He is going to give 2.1 million public sector workers who earn below the median wage a £250 a year pay rise, though. But, as Liam Young pointed out:

The Tories announce another pay freeze on public sector workers, which is technically a pay cut. Key workers have kept the country running during this crisis. Their reward? Their wages are down 1.5% since 2010.

But Sunak’s agenda around workers was clear. HuffPost noted he said:

unlike workers in the private sector, who have lost jobs, been furloughed, seen wages cut, and hours reduced – the public sector has not

Divide and conquer, much? The Canary’s editor-at-large Kerry-Anne Mendoza thought so:

Rishi Sunak pitting public sector workers against private sector workers, and insisting we need to level down so everyone has it as bad as the worst among us. #SpendingReview

And there was more divide and conquer on the horizon.

Sunak’s £4bn “levelling up fund” for local infrastructure projects is interesting. He said that:

Any local area will be able to bid directly to fund local projects.

This is about funding the infrastructure of everyday life: a new bypass, upgraded railway stations, less traffic, more libraries, museums, and galleries.

But crucially, the government will only give the money to a local area if its MP approves. The Liverpool Echo‘s political editor Liam Thorp spotted a potential issue:

As BBC News reported, Robert Jenrick was caught up in a scandal over him signing off on funding for a fellow minister’s constituency. That fellow minister then signed off on funding for Jenrick’s constituency. The latter is in charge of the Ministry of Housing, Communities and Local Government – the department that will partly control the new levelling up fund. Nothing to see here, obviously.

And if that wasn’t enough “smoke and mirrors” for you – then here’s a bit more.

Professor Richard Murphy had this to say about Sunak’s borrowing claims:

We are not seeing the highest levels of peacetime borrowing on record, Rishi Sunak. So far this year the government has borrowed near enough nothing but it has created £450bn of new money, and that’s something very different, which you should know #SpendingReview

What Murphy means is Quantitative Easing, or QE – where the Bank of England effectively creates electronic money. In other words, Sunak’s hasn’t gone cap-in-hand to a payday loan company. The Bank of England has created the cash for him.

Green Party politician Sian Berry was not impressed with the chancellor’s housing plans. These include a £7.1bn national home building fund. But as Berry noted:

Crumbs for millions of struggling renters, who need social housing. Billions towards the profits of private developers.

Yesterday, detail on London’s part of the £12.2bn AHP showed Govt insists we spend HALF on subsidised ownership for people earning up to £90k. #SpendingReview https://t.co/FBz3pVwKkn

And Helen Barnard from the Joseph Rowntree Foundation broke down the reality of education spending, where Sunak said another £2.2bn for schools in England would be spent:

School funding to rise by c 2.2% per pupil: keeping up with inflation, nothing more, despite higher costs of Covid-secure education. #SpendingReview

But overall, Sunak’s Spending Review was a con. Because it was actually a return to austerity; if not in name, then financially. The Resolution Foundation’s Torsten Bell number-crunched, and for many it may well look like a cut to public sector spending:

Right, have figured out what's happened to normal public service spending for next year – it's been cut by £10bn vs what was set out back in March. So £14.8bn increase next year is 40% less than previously planned pic.twitter.com/GBEexpWdld

So, a smoke and mirrors review it was then. And at some point, the Tories will expect even this reduced amount of spending to be paid for. If it goes the same way as the aftermath of the last financial crisis – it will be the poorest people, who are still living with the consequences of austerity, who will continue to bear the brunt of financial and social misery