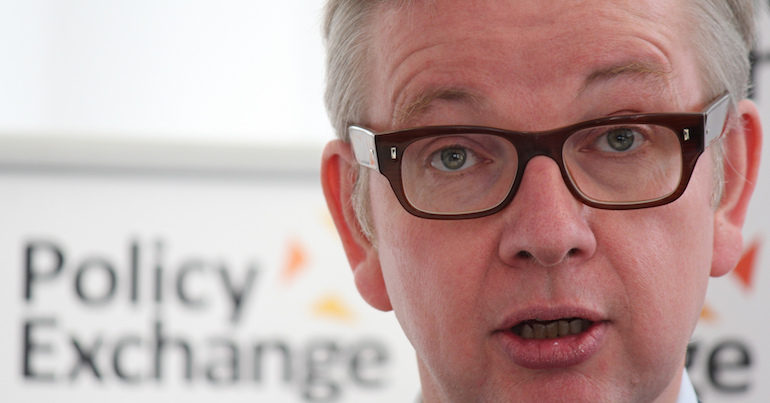 The UK government has allegedly set up an ‘Orwellian’ unit to blacklist journalists and act as a clearing house for freedom of information requests.

A new investigation by Open Democracy reported that Michael Gove’s office set up the specialised unit which also coaches departments on how to respond to freedom of information requests (FOIs) from journalists.

Open Democracy has described the unit as centralising control to Gove’s office:

This secretive FOI unit gives advice to other departments “to protect sensitive information”, and collates lists of journalists with details about their work. These lists have included journalists from openDemocracy, The Guardian, The Times, the BBC, and many more, as well as researchers from Privacy International and Big Brother Watch and elsewhere.

The unit has also signed off on FOI responses from other Whitehall departments – effectively centralising control within Gove’s office over what information is released to the public.

In 2019, Gove’s office was the department most likely to be referred to the Informations Commissioner’s Office for its decisions on FOIs.

However, the tightening of information is not a recent phenomenon:

In 2019, central UK government departments granted fewer and rejected more FOI requests than ever before. In the last five years, the Cabinet Office – as well as the Treasury, Foreign Office and Home Office – have all withheld more requests than they granted, according to the report.

After noticing that several of her FOI requests were redacted, Corderoy submitted a request for her personal data. She called the findings shocking:

Government departments – which are legally obliged to protect my personal information – were not only sharing my details with the centralised Clearing House, they were also talking about me and my work.

FOIs are supposed to be anonymous or ‘applicant blind’ to prevent discrimination and enable free information to all members of the general public.

However, Corderoy’s findings show that journalists are hot on the radar for the ‘secretive’ unit.

Staff at the Attorney General’s Office (AGO) saw no issue in “just flagging that Jenna Corderoy is a journalist” or warning that “once the response is confirmed, I’ll just need [redacted] to sign off on this before it goes out, since Jenna Corderoy is a reporter for Open Democracy”.

Had the FOI request been processed properly, the fact that Corderoy is a journalist should not have even come into play.

Corderoy’s experience also supports the claim that Gove’s office is acting as a central report base for government departments, as several followed AGO’s response.

The AGO was not the only one. The Foreign and Commonwealth Office talked about my profession and my employer when dealing with my requests. The Ministry of Housing, Communities and Local Government shared my personal information, too.

Open Democracy to enter legal battle with the Cabinet Office

After a two year battle, Open Democracy is set to enter into a legal battle with the government department:

We know about the Clearing House only because of a two-year battle for information with the Cabinet Office. Even then the department refused to release crucial documents. So we are now working with legal firm Leigh Day in a bid to force transparency.

On 8 September 2020, Leigh Day, the same firm working with Open Democracy, reported that the Ministry of Defence had blacklisted Declassified UK, an organisation of investigative journalists.

According to Leigh Day:

Despite repeated requests, the Ministry of Defence (MOJ) has failed to provide Declassified with any details of when or why it has adopted the policy. The effect has been to exclude Declassified from the standard process of engagement between media outlets and the MoD, effectively blacklisting Declassified as an organisation to which the MoD will provide comment or responses in relation to journalistic enquiries.

The legal firm has since issued the MOD with an urgent letter, informing them that by blacklisting journalists it is in breach of Article 10 under the European Council of Human Rights (ECHR), which the UK is required to follow.

If found to be in breach of Article 10, it will have violated journalists’ rights to form opinions and interfered with the flow of information as a public authority.

It is a matter of great concern that the MoD appears to seek to silence critical public-interest journalism by blacklisting our client and excluding them from the normal comment and response process that all other journalists continue to be able to use.

Our client’s concern that this policy stifles open journalism in retaliation for Declassified’s coverage of the UK’s role in the war in Yemen is compounded by the unfair process by which the MoD has implemented it.

The MoD has refused to explain the basis for the blacklisting, gave no advance notice of the policy, and has denied our client any opportunity in advance to make representations in opposition to it.

The government’s support for the freedom of the press both home and abroad is selective, to say the least.

With increasingly hostile political environments in Belarus, the UK government has been extremely vocal in condemning the sanctioning of journalists’ rights.

Since September 2020, at least 144 domestic journalists have detained under ‘administrative charges’. Similarly, since September, 83 journalists, 21 of them foreign reporters, were held without a police report. In other words, the reasons for their arrests are unknown and not documented.

But this condemnation doesn’t seem to apply to countries such as Turkey, Saudi Arabia, and Egypt – all countries that have imprisoned and abused the rights of journalists. All three countries were listed as priority markets for arms sales in the year 2019/2020.

On 24 November 2020, the ECHR ruled that Turkey had violated the liberty, security, and freedom of expression of journalist, Ahmet Şık. Reporters without Borders has previously described Turkey as one of the biggest jails for journalists in the world. Although it has now dropped to second place as “the worst country to work as a journalist”, 100s of news organisations have been shut down and 48 journalists are still in prison. Meanwhile, the UK has sold £1.3bn of arms to Turkey since 2013.

The violations against journalists in these countries may be extreme in comparison to the UK. But the idea of a unit being designed and set up to screen journalists is incredibly troubling. By suppressing the freedom of the press, authorities run the risk of destabilising democracy and violating the public’s right to freedom of information.