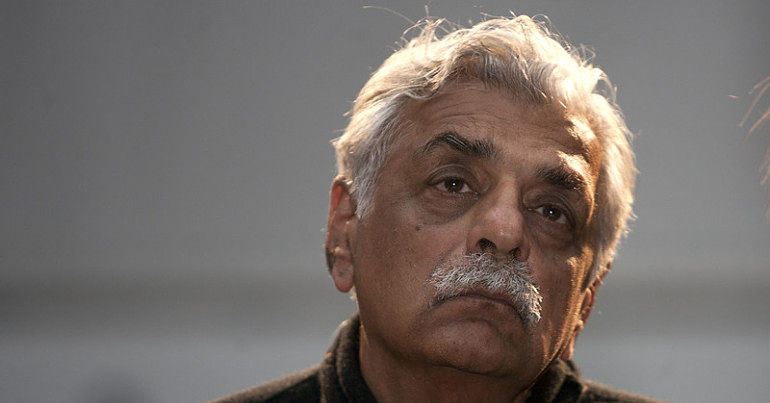 The Covert Human Intelligence Sources (CHIS) Bill seeks to legalise the criminal activities of police, the security services and their sources. It is currently at the committee stage in the House of Lords.

Ironically, its passage also coincides with the Undercover Policing Inquiry (UCPI) which, after five years, has just heard opening statements from victims of undercover policing. While the CHIS bill is likely to be enacted within a matter of weeks, the UCPI is expected to continue for several more years, with no end date confirmed.

One of the many powerful statements presented to the UCPI was by veteran anti-war activist Tariq Ali. From the beginning Ali made it clear that the UCPI is, in his opinion, all about blaming the victims of crime, not the perpetrators (‘spycops’):

my strong feeling is that this Inquiry is likely to be a monumental waste of time. This is because the direction of travel is clear from the questions – to dissect the politics of the victims of police spying, and therefore to turn the spotlight away from the actions of the police. This is the politics of ‘blame the victim.’ And no doubt I and others will be declared guilty. Even 50 years on, the State is fighting exactly the same battle it was engaged in in 1968. This comes as not the least surprise.

Ali then named the police officers he alleges spied on him, one of whom was Special Demonstration Squad (SDS) officer Roy Cremer. In February 1968, Detective Sergeant Cremer led the raid on the Hornsey home of anarchist Stuart Christie in regard to an attack on the Greek Embassy. In September 1968, Ali’s Black Dwarf office was raided, followed by falsified reports in the mainstream media about “weapons”.

A police raid of 3 September on the offices of Black Dwarf triggered one round of panic with press turning instructions about how to make a Molotov cocktail found on the wall there into stories of bombs being prepared across the city and small arms being purchased ahead of the demonstration.

But, as with the raid on Christie’s house, the allegations were nonsense.

A report dated 22 October 1968 and headed by Metropolitan Police Special Branch, assessed information on an upcoming anti-Vietnam War protest planned for 27 October of that year. DCI Conrad Dixon, who founded the SDS, refers to a number of alleged targets.

With reference to another one of Dixon’s reports, dated 3 October 1968, Ali told the inquiry:

an attack by 50 anarchists from Liverpool on Scotland Yard – it never happened. Then LSE students planning to attack the London Stock Exchange – never happened. 400 Glaswegians with crash helmets, fireworks, ball-bearings, and hat pins (!) for use as weapons – never happened. He lists the political persuasion of the VSC demonstrators as: “Trotskyists, Communists, Anarchists, Maoists, Students, Foreign Elements.” I would be surprised if every one of the 100,000 demonstrators characterised themselves this way.

On 10 September 1968, Dixon even talked of political elements seeking “revolutionary change”. But in his statement Ali referred to the “febrile imagination of Chief Inspector Conrad Dixon, who had a vested interest in over-estimating the threat of violence to give credence to the idea that his secret SB unit was valuable to the British State”.

It was also disclosed that chief superintendent Bert Lawrenson, who was seconded to Special Branch, monitored the activities of the Vietnam Solidarity Campaign (VSC). It was revealed too that Lawrenson went on to work directly with the blacklisters, the Economic League (EL).

Ali continued to provide the inquiry with a catalogue of SDS false statements. He was then asked about Special Branch monitoring of the VSC, and his answer brought up an issue that prompted the UCPI to be set up in the first place:

I am not at all surprised at the police having Special Branch officers in our meetings. But most of the reporting could have been done by routine SB officers. What I want to know about is these long term deployments and the intrusive deployment into people’s private lives. As yet I have been given no details of this. What did all these officers get up to after the meetings were over? Who did they befriend and sleep with? If there is a right to privacy, how far did they go in invading people’s private and family lives?

The UCPI now admits that at least 1,000 political groups were spied on over the years, some of which are searchable via a joint Guardian/Undercover Research database.

Towards the end of his statement, with reference to the 2003 anti-Iraq war demonstration attended by 1 million protesters, Ali poignantly observed:

It is incredible to think that after 35 years, in 2003, under the Tony Blair Labour government, that Special Branch were still engaging in the same anti-democratic activity as they had been at the outset.

But will things now be different? Not according to Ali:

As I said in my book at p.293: “We knew full well that phones were tapped, mail was opened, and there were Special Branch infiltrators in the VSC. This was part of the routine functioning of capitalist democracy” Is it any different nowadays? No. Will it be different after this Inquiry? No. Will the Police and Security Services get a clean bill of health? Of course.

With the CHIS bill making its way into law, Ali’s statement is especially relevant. And that means activists who seek a more just and progressive society, free from elites and corruption, need to be far more vigilant and security conscious.