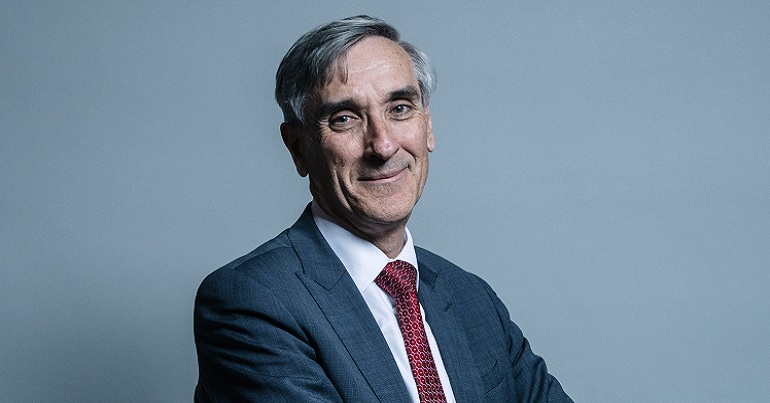 This article, including the headline, was updated on 30 November at 11am to remove the term ‘tone-deaf’ from the piece and replace it with “insensitive”.

A tweet by a Conservative MP seemed rather insensitive. Because the seeming ignorance he displayed in just a few characters was quite something to behold – even by Tory standards. But delving deeper, was he actually using the NHS and its staff to make a political point against his own government?

Veteran MP John Redwood is clearly not happy with his government’s approach to the coronavirus (Covid-19) pandemic. Because he tweeted that:

Why not open and staff all the Nightingale hospital capacity they need… and get the rest of the NHS back to full capacity for everything else?

Why not open and staff all the Nightingale hospital capacity they need for CV 19 cases and get the rest of the NHS back to full capacity for everything else? No need to scare us with the idea the NHS will not cope.

To be fair to Redwood, it’s a good point. For example, BBC News reported that Tory MP Laura Trott said in Kent:

Darent Valley Hospital, near Dartford, was full, but “trying to add additional beds”, and the Tunbridge Wells Hospital, in Pembury, was at 90% capacity.

She revealed that the NHS in Medway and Swale was deploying full “‘business continuity measures’, which basically means they have declared a major incident and can no longer accept new cases”.

She said in Maidstone and Tunbridge Wells five of the 20 operating theatres had closed so staff could be redeployed to wards.

But other Tory MPs don’t believe that the NHS has been facing a capacity crisis. And they’re openly rowing with their own government about it.

A row in government

Redwood’s comment comes amid a growing row in the government. Cabinet office minister Michael Gove wrote an article in the Times. The Guardian reported that he said the government had decided to do a second lockdown because of fears for the NHS. Gove said that this was because the NHS could have been in a situation where “every bed, every ward” was occupied. This included Nightingale hospitals. The Guardian said that some anti-lockdown Tory MPs were saying Gove’s claims were ‘exaggerated’.

But as it also noted, only two of the seven Nightingale hospitals had started taking patients. So, it seems that Redwood may have been responding to Gove’s column. But there was one major problem with his tweet.

Despite what Redwood said, the NHS may well not have the staff to open all the Nightingale hospitals. The Guardian said that health minister Nadine Dorries told a group of Tory MPs that:

it was proving difficult to find the staff to run them. A spokesperson for the Department of Health and Social Care denied she had used those words

But you don’t need to be the health minister to know the NHS is short-staffed, as people on Twitter reacted angrily to Redwood’s tweet:

It's well known that there aren't enough staff to operate them. Why do you insist on making such ridiculous populist pronouncements?

And staff them how? Serco operatives trained to switch off ventilators is not an answer by the way. Get back to droning on about British fish you gormless tit. At least that was funny

Now, tell me again where you hid those spare medical professionals

Thinktank the King’s Fund said that:

Just where the staff needed to open all the Nightingale hospitals will come from is anyone’s guess. But was Redwood showing ignorance with his tweet? Probably not. Because on 7 November, he wrote an anti-lockdown diatribe on his website. It listed the reasons why the government shouldn’t have put restrictions in place.

So, it seems Redwood’s comment is less insensitive and more stirring rebellion in the government’s ranks. But either way, his tweet shows the NHS and its staff are really of no concern to him. And given that he advocates private companies running NHS services, we shouldn’t be surprised.