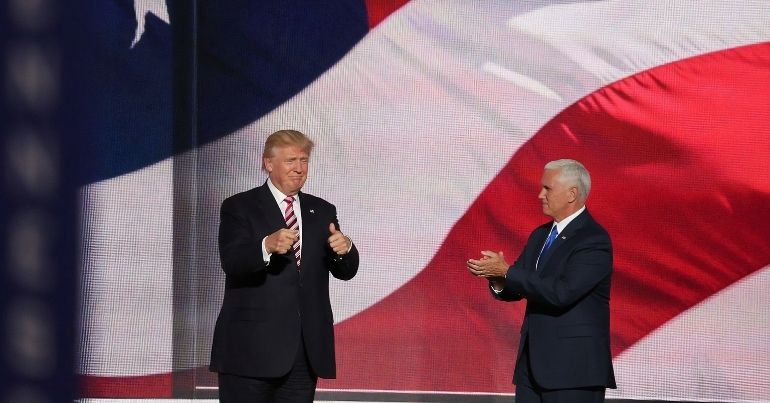 Twitter permanently suspended US president Donald Trump’s account on 8 January “due to the risk of further incitement of violence”. It came after a violent insurrection at the US capitol building on 6 January.

The 75,000,000 great American Patriots who voted for me, AMERICA FIRST, and MAKE AMERICA GREAT AGAIN, will have a GIANT VOICE long into the future. They will not be disrespected or treated unfairly in any way, shape or form!!!

This was soon followed by:

To all of those who have asked, I will not be going to the Inauguration on January 20th.

In the context of recent events, Trump’s tweets violated the tech giant’s “Glorification of Violence” policy. Twitter suspended his account on the basis that his divisive words are likely to stir up further violence.

Our public interest framework exists to enable the public to hear from elected officials and world leaders directly. It is built on a principle that the people have a right to hold power to account in the open.

However, we made it clear going back years that these accounts are not above our rules and cannot use Twitter to incite violence… We will continue to be transparent around our policies and their enforcement.

MSNBC‘s Joy Reid was among those who celebrated the suspension of Trump’s account. She said that Twitter has finally accomplished “something three wives… and his entire White House staff have failed to do: shutting him the hell up”.

Donald tried to get on Melania’s Twitter but she told him the password was Barron’s middle name plus his birthday.

Some jested that the president might have to resort to using social networking sites of the past, such as Bebo:

All said and done, the president’s days of spreading fake news, supporting white supremacy, and inciting violence via Twitter are over. Let’s hope that this is the first of many consequences that Trump sees for his actions in office. It is now time for Congress to hold him to account in the real world.

Featured image via History in HD/Unsplash.