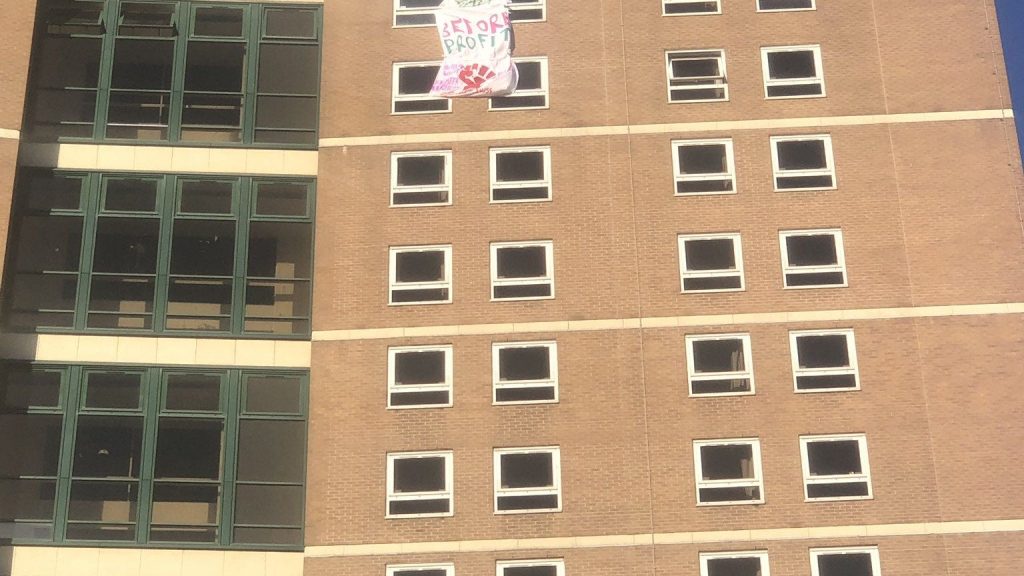 Ministers and university leaders are facing calls to offer rent rebates to students amid the lockdown.

The government has said the majority of university students in England can’t return to campus until at least mid-February. Instead, they’ll have to study from their current residence. Some universities have decided to move lessons online until even later in the year amid tighter restrictions announced this week.

The National Union of Students (NUS) has said it’s “unacceptable” that students have to pay towards accommodation that they’ve been told not to travel to on public health grounds. They say ministers in England should step in to ensure all students get rent refunds. Since the government has announced that in-person teaching should only take place for a small number of key courses.

On 8 January, the University of Sheffield and Birmingham City University became the latest institutions to say they won’t charge rent to students who can’t use their university halls during the lockdown. It came after students across England said they’ll take part in rent strikes for accommodation they can’t use. Students were told they could leave university campuses at the start of December.

It is simply unacceptable that students are being told to not live in housing they have paid for, on public health grounds, yet are receiving no Government support. All student renters must now be offered rent refunds and the option of leaving their tenancy early. If universities and landlords need financial support to make this happen then Government must step in.

No student should be made to pay rent for accommodation they cannot use and we support students campaigning against this unfairness. Ministers now need to work with universities and provide staff and students with the resources to make sure everyone can study remotely.

Unfortunately, from free school meals to exam results, this looks like a Government that has to be shamed into supporting students

On 7 January, Boris Johnson said education secretary Gavin Williamson is set to provide an update about support for university students in lockdown.

The prime minister acknowledged the “financial frustrations” facing students amid the lockdown. He said:

I think we need to look very hard at the deal that students are getting. We need to see what more we can do to support students and to help them in what has been a very, very difficult time.

Due to the current national lockdown restrictions, we will not charge rent to students who are unable to make use of their University owned or managed accommodation between 4 January and 22 February 2021.

— The University of Sheffield (@sheffielduni) January 8, 2021

In November, thousands of students at the University of Manchester got a 30% rent reduction. This was amid ongoing strikes after face-to-face classes were halted and there were issues with accommodation. But universities say that the vast majority of student accommodation is privately owned. So many decisions on refunds are often down to private landlords and other providers.

With Government restrictions reducing the numbers of students returning in-person to universities, now is the time for the Government to seriously consider the financial implications for students and institutions and what support they will provide.

This has been a very difficult time for students and we encourage universities and accommodation providers to review their accommodation policies to ensure they are fair, transparent and have the best interests of students at heart. The Government will continue to prioritise the full return to education settings as soon as possible.

She added that the government had recently committed to up to £20m to help students most in need of support.

The Government should be considering in its current deliberations whether there is a case for reducing student debt: half the money loaned to students is due to be written off by taxpayers in due course, so the loans of individual students could conceivably be reduced without a huge impact on the public finances.

This would send an important signal that students are not being forgotten and are facing a tough situation.