As coronavirus continues to impact the retail industry, workers will lose out the most - Canary Workers’ Co-op 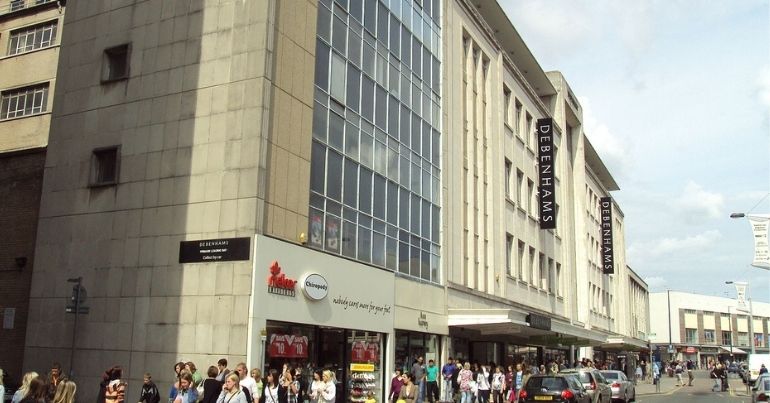 The closure of high street stores leaves 20,000 jobs at risk amid rising unemployment under the pandemic.

On 25 January, Debenhams announced it would close all stores after online company Boohoo bought the chain. This will most likely result in the loss of 12,000 jobs as Debenhams stores disappear from the high street.

In July, the Sunday Times reported that Boohoo were paying workers “as little as £3.50 an hour” as they worked in poor conditions at a Leicester factory.

The job losses are another blow in a period of increasing redundancies across the retail sector and rising unemployment.

Nearly 180,000 retail job losses and around 20,000 store closures last year were absolutely devastating and lay bare the scale of the challenge the industry faces. Each one of those job losses is a personal tragedy for the individual worker and store closures are scarring our high streets and communities.

We need better regulation of fast fashion, a strongly unionised retail sector, and a plan from government to save jobs and prevent the collapse of the high street.

As well as Boohoo buying Debenhams, Asos is currently in negotiations to buy parts of the Arcadia brand, including Topshop. Arcadia Group employs around 13,000 people whose jobs will be at risk in a deal with the online retailer.

Many other retailers faced administration during 2020, including Bonmarché, Peacocks and Jaeger, and Harveys Furniture. Several of these retailers had to close stores as a result, meaning store employees were very likely laid off.

The Centre for Retail Research estimated that there were 176,718 retail jobs lost during 2020 due to coronavirus (Covid-19). On top of this, it said:

Love waking up to find out I’ve pretty much lost my job 🤦🏼‍♀️ if only the company would have the decency to keep the staff update to date with changes, instead of us having to read everything in the media #arcadia #Debenhams

Redundancies are rising across the UK, particularly among young people. According to the Office for National Statistics, the unemployment rate was 5% in the three months leading up to November 2020.

Similarly, the redundancy rate climbed to a “record high of 14.2 per thousand”.

In December, the Bank of England said it expected more jobs to be lost among the hospitality, leisure, construction, and retail sectors.

The chancellor extended the Job Retention Scheme until the end of April 2021 in December.

However, if the redundancy trend continues as it is, more intervention will be required to save the jobs and livelihoods of those working in the sectors most affected by the pandemic.

Heartbreaking news for 12,000 #Debenhams workers, my solidarity with everyone who has lost their job today.

Staff have been treated appallingly, and the Government should take urgent action to ensure that this never happens again. https://t.co/ECQEWpg9rF