Despite the pandemic, landlords are preparing to evict tenants as soon as the lockdown ends - Canary 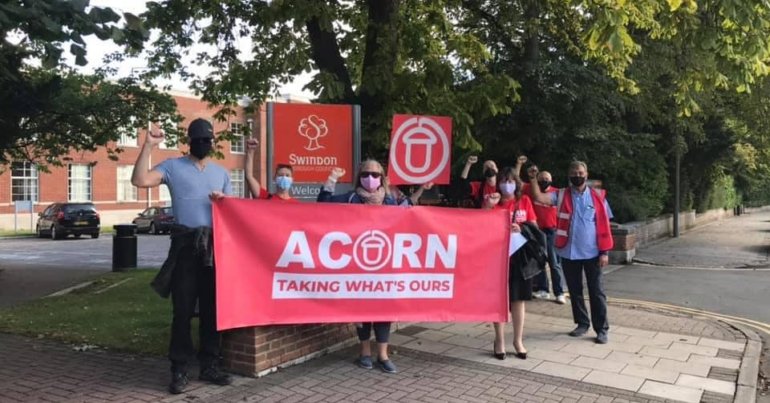 This piece was amended on 28 January at 13:50. It previously stated that the school wouldn’t take responsibility for rehoming its caretaker. It has now been corrected to the council.

The UK is currently the hardest hit country in Europe by the coronavirus (Covid-19) pandemic. This is a crisis and we should be looking after each other.

But instead UK landlords and lettings agents are moving people into slum accommodation, or preparing to chuck them out onto the street once lockdown is over.

In Bristol, two tenants were threatened with eviction recently when they couldn’t keep up with the rent because of the pandemic. The ACORN tenants union in Bristol stepped in, and the letting agency soon backed down and offered alternative accommodation. But, according to ACORN Bristol, the replacement accommodation was infested with cockroaches:

Sam and Jams couldn't pay rent because of the pandemic, then were moved into a cockroach infested home.

Well they don't have to live in the houses he rents out!

Members of the union held a picket in solidarity. One supporter Tweeted:

Spent my lunch break with @ACORN_Bristol outside of let's rent in St Werberghs to try and get the boss to talk to Sam and Jams about the disgusting conditions he's forcing them to live in by refusing to clean the property despite urine,smoke damage and cockroaches pic.twitter.com/4SSDGAHjrw

We wrote to Let’s Rent Bristol, the letting agency mentioned in ACORN’s Tweet, but we had not received a response by the time of publication.

The Canary spoke to Kate Linnegar, who is secretary of the ACORN branch in Swindon. Linnegar told us that her union had been called on to defend tenants on several occasions since the pandemic started.

According to Linnegar,  an ACORN member called Sarah (not her real name) was served a Section 21 notice in August 2020 giving her until December to vacate her home in Swindon. Section 21 of the Housing Act is a controversial provision which allows landlords to issue eviction notices without giving a justification. That is why they are popularly know as ‘no-fault evictions’.

Sarah got in touch with ACORN, and the union was able to negotiate with her letting agent to give her a little longer. Linnegar told us that union members stood outside the letting agent’s shop with a banner while negotiations went on.

According to ACORN, Sarah had been in her home for seven years and had paid all her rent. The eviction is because the landlord’s circumstances have changed.

Sarah has been told she has to leave her home next Wednesday, the 3 February.

Because of the government’s recent announcement, Sarah’s landlord will not be able to legally carry out the eviction until after 21 February. But ACORN stressed that Sarah can’t find anywhere else to go and that the whole process is incredibly stressful. According to Linnegar:

You can imagine the stress and anxiety that this causes to the lady in question, thinking that she might become homeless in the middle of the pandemic.

She’s got a dog, and a lot of landlords don’t want pets. They [the letting agent] initially said that they would help her find somewhere else, but they haven’t.

We advised her to approach the council, but she’s had no reply

ACORN told us that Sarah is in receipt of housing benefit, which can make it even harder to find a new place to live.

Linnegar told us that, if it comes to it, ACORN will physically resist the eviction:

As ACORN we will physically stand there and stop the bailiffs from evicting her, because where’s she gonna go in a pandemic?

Served an eviction notice by SMS

Linnegar told us that ACORN Swindon had successfully fought off two other attempts to evict or intimidate their members since the pandemic. She told us

One gentleman was served an illegal section 21 by text saying that he had to get out within a month.

ACORN were able to avert the eviction, when union members arranged to go to the tenant’s house while the estate agents were visiting, and negotiated with them.

Linnegar told us that the second case was of someone who’d been a school caretaker. He had lived in accommodation provided by the school. According to Linnegar:

He had an agreement that when he retired he would have a like-for-like home. But when he retired the council said ‘we’re not responsible for finding somewhere for you’. Within two weeks of ACORN getting involved they got it sorted

Linnegar concluded by stressing the importance of solidarity in standing up to evictions:

People on their own are bullied by councils, landlords and letting agents. When they are part of the union they have more strength and a bigger voice.

Its more important than ever that we stand with those facing intimidation from their landlords in our communities. We need to keep our eyes on whether the current limited restrictions on evictions will continue after 21 February, and be ready to stand with our neighbours when they need it.