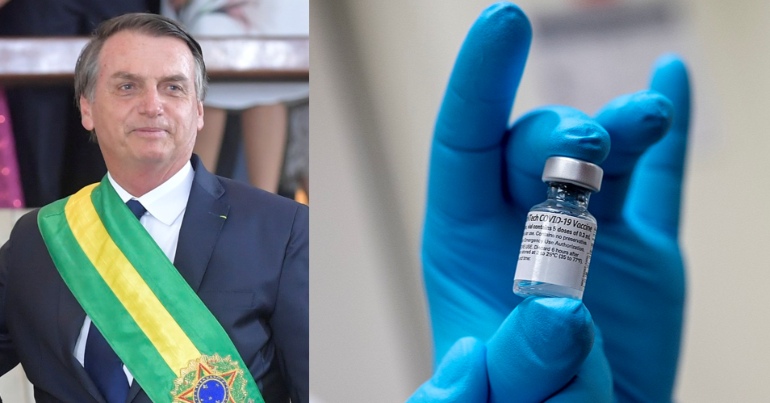 Far-right Brazilian politician Jair Bolsonaro’s presidency has been on a downward spiral ever since he assumed office on 1 January 2019. As The Canary has previously reported, his presidency has seen a sustained assault on Brazil’s indigenous and LGBTQI+ communities as well as a targeted campaign against political opponents and social and trade union organizers.

Now, Bolsonaro’s government seems on the verge of collapse as mass mobilizations calling for his impeachment have sprung up across the country – and from across the political spectrum. Evidently, like other far-right faux populist figures, his handling of the coronavirus (Covid-19) pandemic has been bumbling at best and homicidal at worst. And as Brazil’s coronavirus deaths keep rising, Bolsonaro’s hold on power might be shortly reaching the end of its tether.

Thousands take to the streets

On 23 January, thousands of Brazilians took part in demonstrations across the country calling for Bolsonaro’s impeachment. The mobilizations follow falling approval ratings for the beleaguered president over his government’s poor handling of the coronavirus pandemic. Growing opposition to Bolsonaro appears to come from across the political spectrum, with groups representing the right, left, and center organizing rival protests. The latter two launched rallies in over 20 of Brazil’s state capitals, including the major cities of Rio de Janeiro and Belo Horizonte.

That same day, Brazil’s coronavirus death count reached 216,000. Brazil has the second-highest coronavirus-related mortality count in the world, after the US. This fits within a wider pattern as countries led by far-right faux populists such as Bolsonaro and Trump have tended to see much higher death tolls than those with progressive or moderate governments. Also like Trump, Bolsonaro initially downplayed the seriousness of the virus and even attended a rally in support of overturning his own government’s coronavirus restrictions.

He and his government have also spread outlandish conspiracy theories and false information. Health minister Eduardo Pazuello, for example, promoted bogus treatments such as hydroxychloroquine while visiting Manaus in the Amazonas state. That region has been particularly hard hit, experiencing a devastating healthcare collapse including hospitals running out of oxygen and leaving dozens dead.

A foul record of destruction and bigotry

The Canary has consistently documented the extreme destructiveness and venality of the Bolsonaro government, as well as his long record of making offensive and incendiary remarks. His attacks on Brazil’s indigenous community have been particularly alarming. He has opened up large sections of indigenous land for exploitation by extractive and other corporate interests.

Indigenous leaders in Brazil have described the move as amounting to “social extermination” and even “genocide”. Bolsonaro himself once commented that “Brazilian cavalry wasn’t as efficient as the Americans, who exterminated their Indians”. Withdrawing protection for these lands also threatens to accelerate deforestation and the climate crisis since the areas they occupy provide a bulwark against deforestation. His economic record, meanwhile, includes launching a fire sale of state assets at bargain basement prices and appointing the notorious ‘Chicago boy’ Paulo Guedes as economy minister.

Bolsonaro has also made numerous sexist and homophobic remarks, once stating that “If I see two men kissing in the street, I’ll hit them”. On another occasion, he told a female then-colleague of the Brazilian legislature that he “would never rape you because you don’t deserve it”. He has also praised Brazil’s murderous military dictatorship and expressed support for torture. Before getting elected, a document signed by activists including Noam Chomsky described Bolsonaro as a “fascist, racist, chauvinist and homophobic candidate, one who calls for violence and armed repression”.

A lawyer who helped organize the protest in Belo Horizonte described the government’s coronavirus response as “dereliction of duty” and condemned its “denialism towards the Covid pandemic”. Political journalist João Villaverde, meanwhile, said “We are now very, very close to the moment in which all the conditions exist for an impeachment process to happen”, adding that Bolsonaro has now committed multiple impeachable offenses.

According to polling data, Bolsonaro’s approval ratings are currently hovering at just over 30%. Villaverde said that if they drop to 20%, impeachment will become a distinct possibility. Given that emergency government coronavirus benefit payments are scheduled to come to an end on 27 January, that drop could happen sooner rather than later. It’s looking increasingly likely that Bolsonaro’s brutal reign of incompetence and terror could be brought to an end just two years into his sordid presidency.