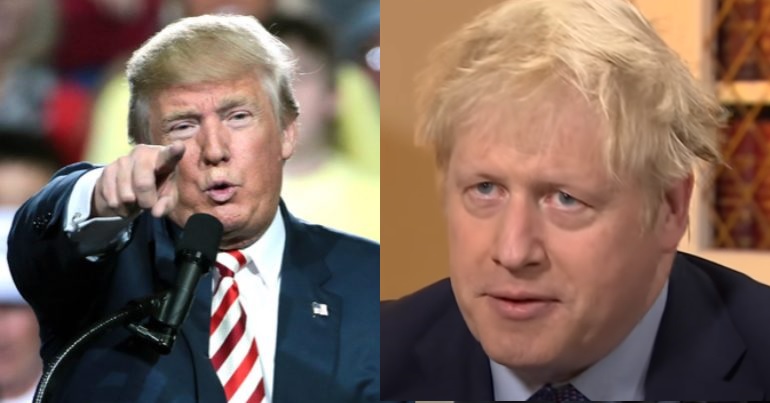 It’s tempting to casually dismiss buffoonish figures like Donald Trump, Boris Johnson, and Jair Bolsonaro as too bumbling to do the kind of lasting damage that was inflicted by previous far-right leaders in the 1930s and 40s. But now, in the era of coronavirus (Covid-19), we are beginning to find out the true cost of incompetence. During a global pandemic, it’s clear that the decisions of these political leaders are costing people their lives.

A sad reflection of Trump’s mind

In the US, the unfolding of the coronavirus saga has provided a revealing window into Trump’s twisted mind. In January, when news of the potentially global crisis reached Western outlets, he declared that the outbreak was “a hoax” perpetrated by political rivals to harm him and his administration. Of course, this translated into not taking things seriously in the crucial first weeks when he should have been implementing protective measures.

When it became too obvious even for Trump to deny that it was a real threat, he then conveniently changed tack around late January. At that point, he used the outbreak as an opportunity to boast about how great he and his administration purportedly are – because, he said, “We think we have it very well under control”.

But even after he had acknowledged its severity, Trump’s stupidity continued to cause harm. In March, for example, he started touting the purported benefits of an unproven ‘cure’ called hydroxychloroquine – an antimalarial drug whose effectiveness for Covid-19 sufferers is completely unproven. Its use has reportedly increased death rates and the mainstream medical community has advised against it.

Trump’s incredible narcissism and childishness have also been on full display throughout the crisis. On 13 March, for example, when asked whether he takes any responsibility for his administration’s failures, he replied flatly, “No, I don’t take responsibility at all”. Far from having the decency to admit that he’s been wrong about his earlier claims that coronavirus was a “hoax”, on 17 March he tried to claim that he “felt it was a pandemic long before it was called a pandemic”.

Now that it’s becoming clear that his administration most certainly doesn’t have things under control, Trump is again changing tack by using the outbreak as a ploy to accelerate his reactionary, xenophobic agenda. On 22 April, the Hill newspaper reported:

President Trump is seizing on the coronavirus pandemic to engineer an immigration ban that he’s sought for years, framing it as a step to protect domestic jobs and public health amid waves of new unemployment claims.

The measures include a 60-day ban on issuing Green Cards, which allow non-citizens to work legally in the country – though this was slightly watered down the following day.

As is so often the case, however, Trump seems to be talking out of two sides of his mouth depending on who his audience is. When supporters of his started defying stay-at-home orders by holding mass protests in public places, Trump openly encouraged these so-called ‘liberations’ on social media. These mass gatherings, of course, risk spreading the virus even further.

Reflected around the world

The situation in the US has sadly seen parallels in other countries with right-wing populists in government. In the UK, for example, part of the UK government’s initial strategy appeared to be to let the virus spread in order to build ‘herd immunity’. Once this was duly ridiculed by experts, Boris Johnson quickly changed course and began enacting business closure and social distancing measures.

In Brazil, meanwhile, fellow right-wing populist Jair Bolsonaro has been demonstrating similarly disquieting habits. On 19 April, he flouted his own government’s social distancing measures in order to attend a rally – a rally which called for their revocation.

The three tenets of right-wing populism

Together these examples shine a light on the three underpinning tenets of right-wing populism. The first tenet is a proud and defiant anti-intellectualism that scorns expert opinion and intellectual authority. In the UK, this attitude was summed up perfectly by Michael Gove. When asked on television about predictions by economic experts that leaving the EU would have severe negative economic consequences, Gove snapped back, “people in this country have had enough of experts”.

The second central tenet of right-wing populism is conspiratorialism – the idea that dark forces are conspiring against the public. On this front, no one can compete with its undisputed master – Trump. He honed his skills in conspiracy-peddling while serving as the public voice of the so-called ‘birther movement’. Followers of this quasi-cult believe that former US president Barack Obama was not really born in the US and that the birth certificate stating he was is a forgery.

Such conspiratorialism was on full display during the ‘liberation’ protests. In one video, an attendee spoke of how he believes the outbreak to be part of a secret conspiracy to insert microchips under people’s skin to spy on them:

We really need to put more funding into public education, don't we? pic.twitter.com/9uJQq4zcZI

The third tenet of right-wing populism is the idea a strong leader is needed to save the population from these ‘dark forces’ and ‘elitist intellectuals’. In doing so, right-wing populists often steal the left’s clothing by claiming they will stand up for ordinary people. This aspect of their political strategy is, of course, a pure con job. Johnson, for example, claimed during the EU referendum campaign that he wanted Brexit so he could claw back millions from the EU and channel the recouped funds into the NHS. Bolsonaro, meanwhile, claims that fighting corruption – a real and debilitating problem for most Latin American countries – is one of his top priorities.

But once again, Trump is the true master and excels at feigning concern for ordinary people. The sad thing is that he has actually tapped into legitimate grievances amongst many Americans. He was dead right to say that the Washington status quo is corrupt and that the US’s political elite has become more beholden to private interests than responsive to the needs of the public. Of course, he hasn’t done anything to change this situation – from the stacking of his administration with corporate insiders to his administration’s deregulatory legislation, he has shown himself to be every bit as beholden to private interests as any of his establishment Democrat rivals. But right-wing populism relies more on perception and appealing to people’s emotions than it does on reality.

If the left doesn’t offer a real alternative to both the empty promises of right-wing populists and the corrupted, neoliberal establishment wings of traditional center-left parties, then we risk endless victories for the former as they fill the political space left by that failure. That ultimately means more incompetence and the cost in human wellbeing – and even human life – which that entails.