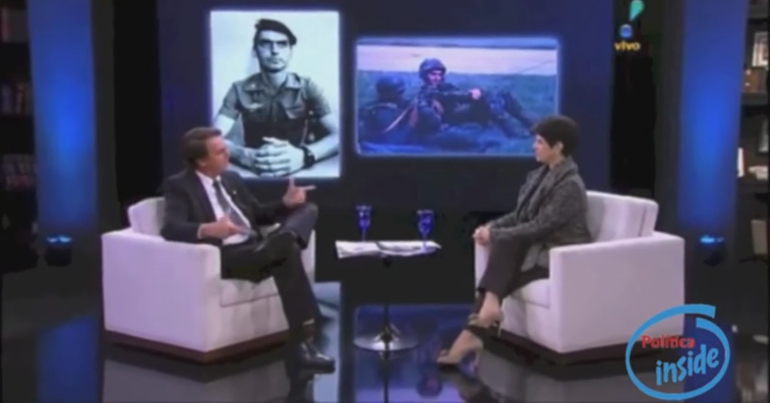 A far-right populist candidate won the most votes in the first round of Brazil’s presidential election on 7 October. Jair Bolsonaro of the ‘Social Liberal Party’ (PSL) received 46% of ballots cast.

According to Brazil’s electoral system, a candidate must win over 50% of the vote to become president in the first round. Therefore, Bolsonaro must face his nearest rival, Fernando Haddad, in a second round of voting. This will take place on 28 October.

Haddad, of the centre-left Workers’ Party (PT), won 29% of the vote. Another 11 candidates were in the race, but only one of them achieved over 5% of the vote.

Bolsonaro is a controversial figure, who has a developed a reputation for extremism and offensiveness. He has praised Brazil’s military dictatorship, for example, which murdered hundreds of people. He has also made sexist, racist and homophobic remarks. A recently released manifesto signed by Noam Chomsky and other intellectuals and activists described Bolsonaro as a “fascist, racist, chauvinist and homophobic candidate, one who calls for violence and armed repression”.

Both the result and the second round of voting look set to plunge Latin America’s most populous nation and largest economy into further division. Opinion polls show that “in a second round the two candidates would be tied.” Monica de Bolle, the director of Latin American Studies at Johns Hopkins University, said:

The PT campaign took a big knock with the disqualification of popular ex-president Luiz Inácio Lula da Silva. In September, a court upheld a controversial conviction against him on alleged corruption charges, meaning he was ineligible to stand. Some supporters view the ruling as politically motivated.

Da Silva, a former metallurgy worker and trade union organizer, remains a beloved figure among large swaths of Brazil’s population. Some polls expected him to win before his disqualification.

Haddad was widely considered a last-minute replacement, and was thus largely unknown before the electoral campaign outside São Paulo, where he served as mayor.