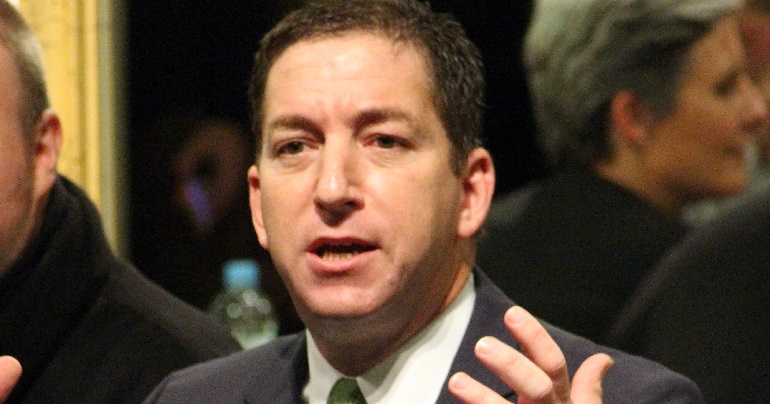 Veteran journalist Glenn Greenwald has spoken candidly about what he sees as the “military coup” currently underway in Brazil. But that’s something the UK government is unlikely to talk about any time soon. Because Britain has been giving aid to Brazil. And the Conservatives are very much ideological bedfellows of Brazil’s austerity-obsessed regime.

A “new military dictatorship” in the making?

The big news story in Brazil at the moment is about Luiz Inácio ‘Lula’ da Silva. Lula is a left-wing former president and the front-runner in October’s presidential election. But he has been facing what many people believe are “trumped-up charges of corruption and money laundering”. If he goes to jail, his participation in the upcoming election is very unlikely.

On 5 April, the Brazilian Supreme Court rejected Lula’s request to stay out of jail while he appeals the controversial conviction. On top of that, the country’s military had been visibly putting pressure on the institution regarding the case.

In this context, The Intercept‘s Glenn Greenwald wrote a series of tweets on 4 April. And he said:

Last night, it’s not an exaggeration to say the military coup began.

6/ This last week, various military leaders have been publicly threatening that a military coup would be necessary if Lula is freed by the Supreme Court. It’s intimidation directed at the judge expected to be the deciding vote in Lula's appeal, Rosa Weber https://t.co/AGGIErUil0

9/ There’s no democracy if the Army is publicly threatening judges with a coup if the don’t rule how the military wants. As the Brazilian economist and journalist @lauraabcarvalho put it: “The revolution won’t be televised, but the coup will be tweeted.” https://t.co/IA1gOZ7eEK

This situation, he insisted, was the first time during his 13 years living in Brazil that “the threat of a new military dictatorship is very real”:

11/ I’ve lived in Brazil 13 years. It's had great progress and serious setbacks. It’s a county of massive human potential, plagued by systemic corruption, virulent racism & inequality. But this is the first time I’ve thought the threat of a new military dictatorship is very real.

As The New York Times has reported:

The evidence against Mr. da Silva is far below the standards that would be taken seriously in, for example, the United States’ judicial system…

A poll last year found that 42.7 percent of Brazilians believed that Mr. da Silva was being persecuted by the news media and the judiciary.

Human rights lawyer Geoffrey Robertson, meanwhile, spoke to the BBC on 5 April. And he said “there’s no evidence that he [Lula] did any deal” that would constitute as corruption.

Lula himself has characterised the accusations against him as an “attempt to criminalize my political party” by Brazilian elites trying to derail his election campaign.

Brazil going from bad to worse

But military threats aren’t the only attacks on democracy that Brazil has suffered recently. As Greenwald pointed out:

10/ The excellent journalist @flaviaol noted that there have been 3 major fascist attacks on democracy this month: 1) the assassination of Marielle; 2) the shooting at Lula’s bus caravan; and now 3) these threats from the Commander of Brazil’s military https://t.co/UknJWHseaW

Lula’s bus convoy, meanwhile, was shot at on 27 March.

And Brazil’s political environment has been tense ever since the wealthy and controversial Michel Temer became president in 2016 after the impeachment of democratically elected president Dilma Rousseff. Corrupt right-wing figures (backed by the corporate media) led the impeachment process; and a notorious corruption investigation implicated a third of Temer’s chosen cabinet of white businessmen. Leaked recordings soon showed that one of his closest allies had conspired to remove Rousseff in order to stop the probe.

Temer’s regime imposed austerity policies on Brazil. And soon, around 60% of Brazilians wanted new elections, and for Temer to step down. His approval ratings, meanwhile, have been the lowest of any president for around three decades – currently standing at 5%. And although prosecutors sought to put him on trial in 2017 over corruption allegations, his political allies protected him – ensuring he could avoid further investigations until his presidential term ends later this year.

Since 2017, Conservative MPs in the UK have mentioned Brazil almost entirely in the context of post-Brexit trade deals. In April 2017, then chief secretary to the treasury David Gauke spoke about the so-called “Prosperity Fund”. This fund, he said, would “promote economic reform”, with a “secondary benefit of opening up opportunities for international, including UK, business”. And during year one, part of this money went to Brazil. Here, it would supposedly help “to tackle transnational bribery and reduce corruption“.

There are no apparent records of MPs discussing Michel Temer during this period. And that means no talk of the corruption allegations he and his regime have faced.

In fact, Conservative minister Rory Stewart actually praised Brazil in September 2017. This was months after the filing of corruption charges against Temer. Stewart said:

We need to embrace other countries, above all those such as Brazil and India, which are huge democratic successes in the most challenging developmental contexts—countries struggling internally with corruption and huge problems of sectarian violence that are still keeping democratic systems alive.

Who would benefit from propping up Brazil’s elites and getting rid of Lula?

Lula’s Workers’ Party (PT) ruled Brazil from late 2002, lifting around 50 million people out of poverty and becoming (according to the UN) “a champion in the fight against hunger”. It also increased health and education spending significantly. And after eight years in power, Lula stepped down with an approval rating of 80%.

Temer’s regime, meanwhile, has been slashing public spending and privatising state industries. It has even threatened to privatise state-owned Petrobras – Brazil’s biggest company and one of the world’s largest oil companies. The right-wing candidates for October’s election seem to agree with that policy, but Lula’s PT does not.

Speaking to Democracy Now! in March, Lula said there are “extraordinary interests in our Petrobras” and asked:

Who would be interested in trying to destroy Petrobras?

Mexico’s unpopular privatisation of state-owned oil company Pemex in recent years provides the answer. It is oil giants like Chevron, Exxon Mobil, BP, and Shell that benefit; along with the right-wing governments in their pockets.

No wonder Britain’s Conservative government has been keeping quiet about the ongoing elitist coup in Brazil.

– Read The Canary‘s previous articles about Brazil at The Canary Global. And join us so we can keep holding the powerful to account.