You may have missed it, but the Tories are sending aid to a government plagued by corruption - Canary 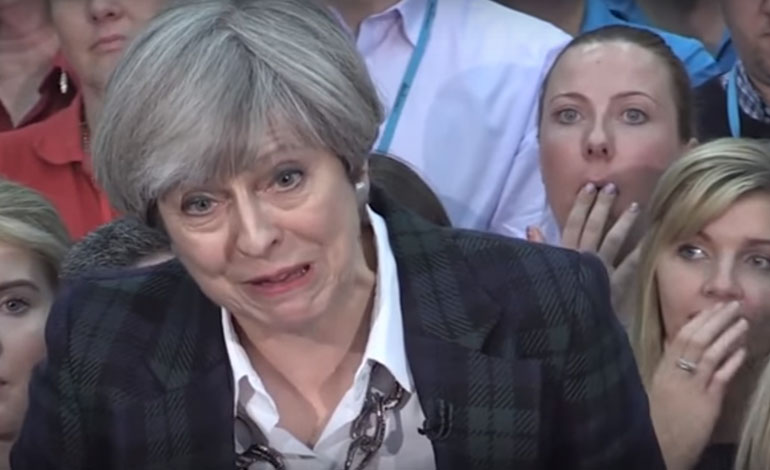 In Brazil, federal prosecutors have just formally charged President Michel Temer with corruption, making him the first sitting head of state to face such charges. But Britain’s Conservative government, which is currently sending aid to the country, is keeping quiet about these developments – in an apparently typical show of self-interested double standards.

Nothing to see here…

When there are crises in countries whose governments the Conservative Party doesn’t like, they rarely hesitate to shout it from the rooftops. But regarding the current turmoil in Brazil, there has been near silence in parliament.

So far in 2017, parliament has mentioned Brazil almost entirely in the context of post-Brexit trade deals. There was only one comprehensive mention not directly related to Brexit. And that was when Chief Secretary to the Treasury David Gauke (now Secretary of State for Work and Pensions) spoke in April about the so-called “Prosperity Fund”. Using mostly Official Development Assistance (ODA) money, he said, this fund would “promote economic reform” with a “secondary benefit of opening up opportunities for international, including UK, business”. During year one, part of this £55m ODA money (and £5m of non-ODA money) went to Brazil. Here, Gauke explained:

But for all the talk about dealing with corruption, the British government appears to have made no critical reference to the fact that President Temer and his team have faced corruption scandals for months. This suggests a level of double standards that we’ve come to expect from the Conservatives, who’ve used the current unrest in Venezuela to make cheap political points while largely avoiding talk about the widespread abuses of British allies in countries like Saudi Arabia, Turkey, or Mexico.

Brazil has many social problems. It’s home to deadly land conflicts, for example. And Human Rights Watch says that “torture and extrajudicial killings by police contribute to a cycle of violence”. This is in light of reported police shootings of wounded suspects, innocent civilians, and anti-government protesters.

Temer became President in 2016 after democratically elected President Dilma Rousseff was impeached. Corrupt right-wing figures (backed by the corporate media) led the impeachment process; and a third of Temer’s chosen cabinet (full of white men with business interests) had been implicated in a notorious corruption investigation. Leaked recordings soon showed that one of his closest allies had conspired to remove Rousseff in order to stop the probe.

From the start, unrest has plagued Temer’s regime, which has sought to impose austerity policies on Brazil. Almost immediately, around 60% of Brazilians wanted new elections and for Temer to step down. But that didn’t happen. He now has a 7% approval rating – the lowest of any president for around three decades. And Brazilian workers even launched a nationwide strike against him back in April; the largest in at least two decades.

Then, in May, leaked recordings seemed to show Temer endorsing bribery. Authorities had overlooked previous allegations because there was no proof; but they couldn’t ignore this new tape. Temer’s allies in both politics and the media began to abandon him. And now, the Supreme Court is formally seeking to put him on trial for allegedly accepting millions of dollars in bribes.

Like the US, British governments have a history of supporting coups against independent governments and supporting right-wing dictatorships. Today, the rules may have changed slightly due to higher scrutiny. But their overall aim is apparently the same. They want to keep countries (especially ones with natural resources or economic power) under the control of malleable allies rather than independent adversaries. Their selective criticisms of and interventions in some countries but not others (which often have even worse records) is hypocrisy. Plain and simple.

That is precisely what is apparent in British-Brazilian relations today. Brazil has a government that the Conservative Party likes; so the latter is happy to put business before human rights and democracy. With governments it doesn’t like, however, it’s a completely different story.

All divided or problem-ridden countries should receive impartial international help to resolve their crises. Britain and other powerful nations should stop their self-interested and hypocritical political games; and should support human rights and democracy across the board – for all countries, not just adversaries. International policies should always focus on supporting other countries to overcome their problems peacefully and democratically. But apparently, the Conservatives only believe in criticising their adversaries while ignoring the abuses of their allies.

– In the UK, write to your MP to let them know about your concerns regarding UK aid in Brazil.

– Join The Canary so we can keep challenging the powerful and amplifying the democratic concerns of ordinary citizens.