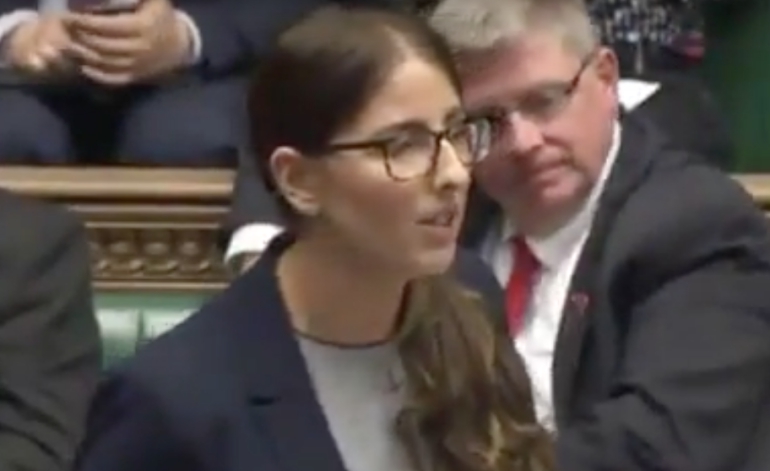 A maiden speech by a new Labour MP is going viral for all the right reasons. Laura Pidcock used the speech to launch a scathing attack on the archaic and intimidating nature of Westminster. But it is also a sign of hope that there is a new generation of younger MPs who are prepared to challenge the very nature of how parliament operates. And this can only be good for our democracy.

Pidcock was elected as MP for North West Durham in the recent election. In her maiden speech to parliament, she stated:

Now I turn to this place. This building is intimidating. It reeks of the establishment and of power. Its systems are confusing, some may say archaic, and it was built at a time when my class and my sex would have been denied a place within it because we are deemed unworthy.

But she went even further. She claimed that it was not “accidental” that parliament is designed in such a way:

And I believe that the intimidating nature of this place is not accidental: the clothes, the language, the obsession with hierarchies, control and domination is symbolic of the system at large.

Pidcock also nailed the frustration that she feels as an MP:

But I think the most frustrating thing has been to sit opposite those people who tell me that things are better, that suffering has lessened for my constituents.

And she offered a direct challenge to the Conservatives:

I would like you to come and tell those people who have been sanctioned that things are better. Or the teacher in my constituency who was recently made redundant. I would like you to come and talk to the sixteen and a half thousand people in County Durham in receipt of food parcels. To the nurses, to the junior doctors, to the firefighters. Come and tell them that years of austerity have improved their practice or their profession.

Pidcock finished her speech by offering parliament a choice:

We can choose in this place to be self-obsessed, to be a perpetrator of fear and greed, a monument to injustice. Or… it can be a place that elevates equality, facilitates the power of the people, esteems and properly funds a rich network of public services so that nobody is left in the indignity of poverty.

You can watch her speech here:

Pidcock is not the first MP to raise the issue of the elitist nature of parliament. Mhairi Black has also spoken out about how parliament operates as an institution. She described it as “depressing” and said that:

It is so old and defunct in terms of its systems and procedures – a lot of the time, it is just a waste of time.

But while it is “depressing” that this is the way our government still functions, these new, young MPs also give us reasons to be hopeful. Parliament is slowly becoming a more diverse and representative place. And although there is still a long way to go before the ruling elite is not dominated by Oxbridge graduates, these MPs are speaking out and highlighting exactly what so many of us find alienating about parliamentary politics.

Westminster, at present, is not designed to represent ordinary people. As Pidcock said, it originates from a time when people of a certain class or gender would have been excluded. This is still reflected in how it operates. But if enough people and a new generation of MPs start speaking out, this can change. And it means we might eventually get a parliamentary system that represents the 21st century.