A second general election would likely be bad news for the Conservatives, after Labour has leapt ahead in recent polls. But while Theresa May is publicly calling for “a period of stability”, it looks like the Tories may not expect any such period to happen. In fact, they may be expecting a second election. Because they are advertising for new campaign managers to start within the next two months. 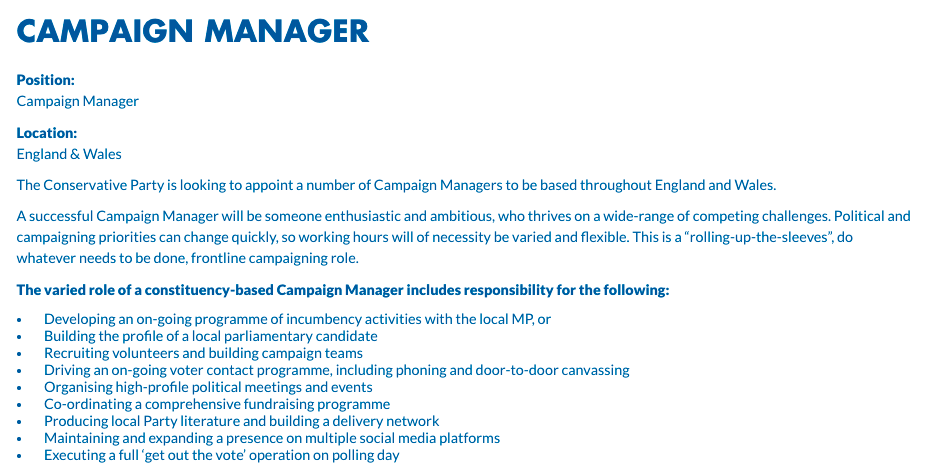 And also on the Working for an MP website: 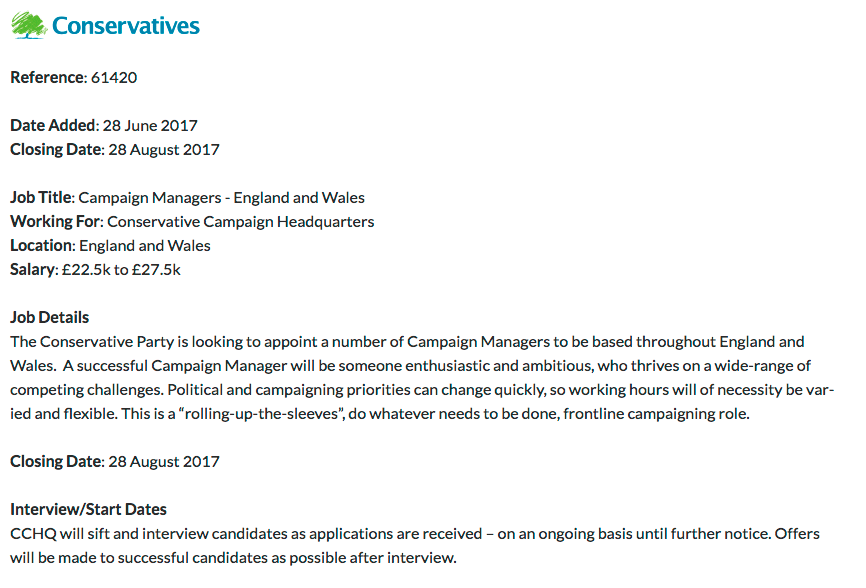 The sort of staff they are advertising for are usually hired up to a year before a major campaign. It would be strange and wasteful to hire such staff if you were expecting your next campaign to be two-to-five years away. Without a major campaign to plan for, these ‘campaign managers’ would literally have nothing to manage.

Bad news for the Conservatives

A second general election is widely seen as bad news for the Conservatives. Polling suggests that Britain now prefers Jeremy Corbyn over May in the role of prime minister. And a series of other post-election polls put Labour up to six points ahead of the Tories. While May has said that “more than anything else this country needs a period of stability”, Labour has been preparing for a second election since the last one finished:

Well this is interesting. Tories are hiring campaign managers and candidate administrators.. we all ready for another election this year? https://t.co/uPQZWhLWrE

Everyone should be ready for one anyway. Especially as Theresa ‘U-Turn’ May has promised a period of stability.

The Canary asked the Conservative Party for comment but received no response by the time of publication.