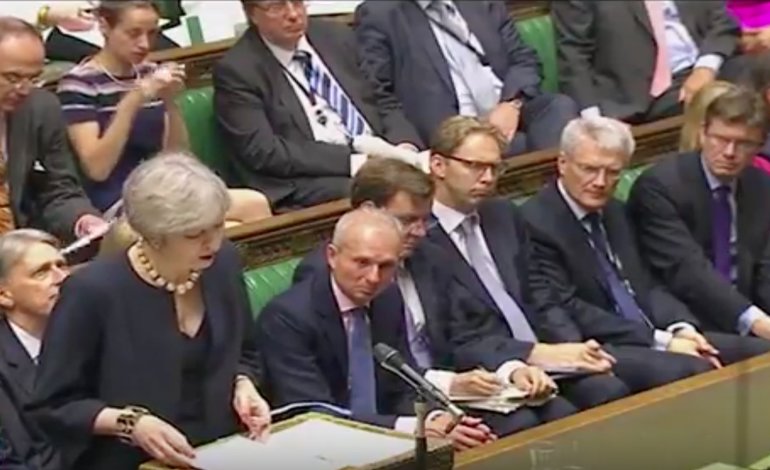 Theresa May’s insecure government was forced further onto the back foot as the Queen’s speech debate continued on 29 June. Following their chaotic dithering over the public sector pay cap the day before, ministers were once again scrambling in response to Labour pressure.

Labour MP Stella Creasy had tabled an amendment [pdf] to the speech, calling for NHS-funded abortions for Northern Irish women travelling to England for treatment. Abortion is currently illegal in most cases in Northern Ireland. Women can travel to England for the procedure, but must fund it themselves. Over 100 MPs, from every party except the Democratic Unionist Party (DUP), added their names to the amendment. With such a level of cross-party support, it would have had a high chance of winning the vote. And this would have spelled an embarrassing defeat for the government. Health Secretary Jeremy Hunt even appeared to attempt to delay the issue by talking of a ‘consultation’. But Creasy was quick to dismiss this as a red herring:

Jeremy hunt just claimed there is consultation on access to abortion in England. No such consultation exists-outrageous! #MyPledgeHerChoice

On 29 June, one of the Conservative signatories of the amendment, Peter Bottomley, asked Chancellor Philip Hammond why, in the case of women from Northern Ireland, “only the poor should be denied lawful abortions”. This led Hammond to reveal that Education Secretary Justine Greening was in the process of making an announcement. Greening is also the Minister for Women and Equalities. She confirmed that, “from now on”, the Government Equalities Office will fund abortions in England for women from Northern Ireland:

With its purpose achieved, Creasy withdrew the amendment (as expected), reducing the risk that the DUP would fail to back the final version of the Queen’s speech. But the message for the government is clear, and was spelled out by the right-leaning Spectator:

This wasn’t a change ministers wanted, but for a weak minority Government propped up by the slenderest of margins, this is the new reality. It’s unlikely this will be the last time in this Parliament that ministers relent where they would have once stood their ground.

The Government had better get used to this new way of doing business.

In the space of just ten weeks, May has collapsed from a position where she expected to secure unassailable power. Now, she has to fight over every inch of parliamentary ground. At one stage, she thought she’d have no trouble rolling out policies as contentious as grammar schools and fox hunting. But in this “new reality”, a Labour backbencher can secure a major victory with one well-judged amendment. May remains Prime Minister for now, but it’s easy to see which way the political tide is going. And most importantly, Labour is showing it can make a positive change to people’s lives, even before it’s in government.