Professor says government policies 'actually kill people', and the media must do much better at holding them to account - Canary 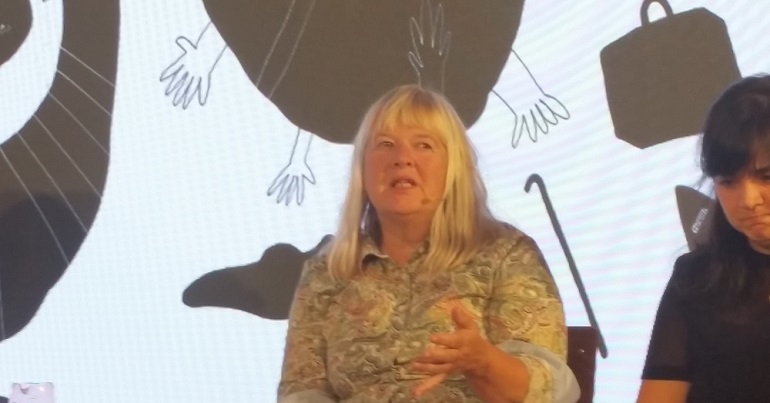 The Canary recently attended an event about refugee voices and the media, hosted by organic cosmetics company Lush. One professor in particular insisted that government policies in Europe “actually kill people”, and that the media must do much better at holding politicians to account. Participants at the event also urged the media to let refugees speak for themselves.

Listen to the voices of refugees

Lush Times journalist Katie Dancey-Downs hosted a panel of journalists, film-makers and activists. Three of the panellists had fled violence and oppression in their own countries.

The press too often ignore refugee voices and the context of their situation, the panellists said.

The event featured Rania Ali (a documentary maker from Syria), Sue Clayton (a documentary filmmaker and professor at Goldsmiths, University of London), Jihyun Park (a human rights activist and North Korean defector), Reem Khabbazy (a Syrian filmmaker and journalist), and Jaz O’Hara (founder of The Worldwide Tribe). Park, Ali and Khabbazy are all refugees from their native countries. 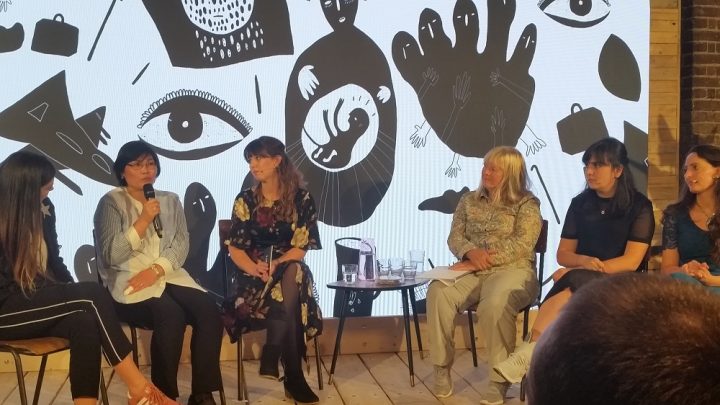 The Canary heard how the press tend to generalise refugees as “victims” or “threats”.

As an experiment, the audience anonymously messaged through one word or a phrase which they felt summed up media representation of refugees. A screen then broadcast the results. The larger the word, the more people used it: 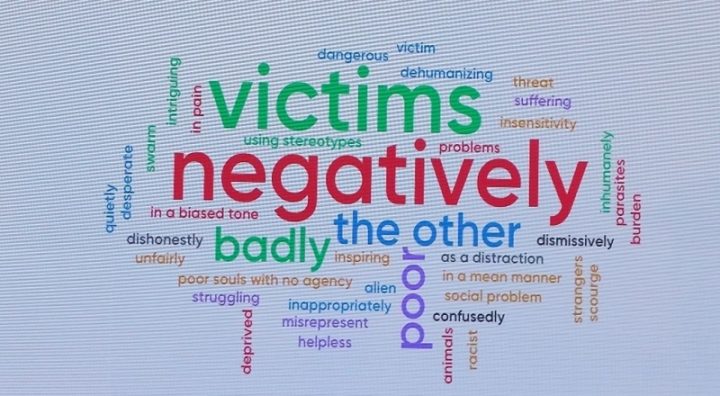 Dancey-Downs told the audience how she had interviewed Syrian refugees about their thoughts of media coverage of refugees. They told her that the press speak about refugees as “groups” rather than as “individuals”.

"The media is using strategies of dehumanisation…people are being spoken about and for, but not with, they are not part of the conversation." @Katie_Dancey #RefugeeVoices pic.twitter.com/GMEACKsmbZ

Clayton is a consultant for outlets like the BBC and ITV. She lamented that the structure of broadcast news too often requires the packaging of stories into short clips, making it difficult to give a truly fair and honest picture or a real critique of government policies. However, she also made it clear that not all news is bad, and that some teams have been brilliant – producing items that have been exactly what she wanted them to be.

Ali is a Syrian Kurd born in Kobanî, Syria, but raised in Raqqa (a city which Daesh (Isis/Isil) ultimately took over). Norwegian documentary maker Anders Hammer gave her a “Go Pro” camera to film her trip from Syria to Europe. Ali made a documentary with that camera about her own “escape” from Syria and the dangerous journey she then undertook. The film is called Escape from Syria: Rania’s odyssey and is freely available to watch.

"The story of escaping a war zone needs to be done by the people who have done it." Says @alimrania a documentary maker from Syria #RefugeeVoices pic.twitter.com/cwDzbXEtF6

Where is the political context in the media? Where is the talk of government policies ‘killing people’?

Clayton directed and narrated the documentary Calais Children: A Case to Answer.

“It has had over 200 screenings in six countries,” Clayton told The Canary.

She also lamented that “the role of the EU” in killing refugees is missing from most press reporting. Frontex, the EU ‘border force’, doesn’t merely turn a blind eye to refugee deaths – its policies “actually kill people”, she stressed.

Regarding press coverage, meanwhile, she said:

While many news teams do get the story out, and want real voices heard, others go for a simplistic short headline or sound-bite which totally fails to address the real issues.

The main message to come out of this event was that the media can and must do better. The alternative press can also fall into the trap of speaking for or generalising about the experiences of refugees. The press must therefore seek out refugee voices whenever possible. And we must never ignore the context within which humans flee their countries, nor how our governments treat them when they flee.

Update: This article was updated at 8:51pm on 10 October to reflect more fully and accurately Clayton’s views about media coverage of refugees.

– Hear the refugees in their own voices, once the video of the discussion is up on the Lush video player.

– Also watch Calais Children: A case to Answer at one of the next screenings, or contact Clayton to arrange one yourself.