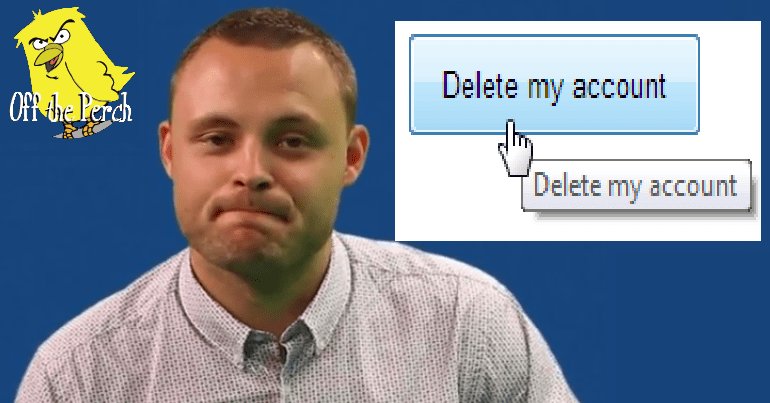 Conservative MP Ben Bradley has become the first politician to undertake the government’s new social media strategy, by deleting his Twitter account. And Labour is no doubt taken aback by a Conservative digital manoeuvre that may actually prove effective.

‘Things can only get worse’

Bradley, the first to test the waters, is a case in point. The MP for Mansfield appears to hold the record for the most retweeted post of any Conservative MP. The thing is, it’s a tweet apologising to Jeremy Corbyn: 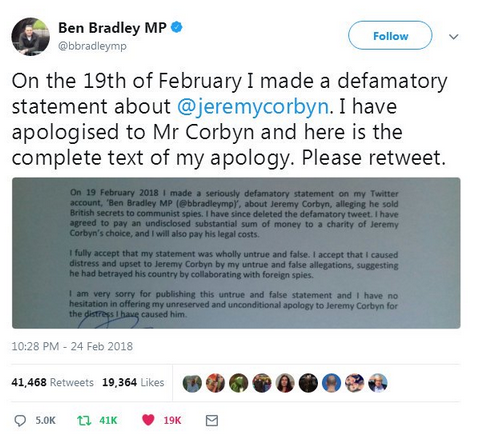 In one fell swoop, Bradley rubbished a right-wing press smear on the Labour leader and upheld his integrity.

Right before Bradley deleted Twitter, he asked people on social media if they could make him a campaign video for free. But again, it didn’t go quite the way he wanted:

Ben Bradley MP wanted a ‘slick and engaging’ promotional film made for him free of charge. So I made one. @TheRedRoar @forexposure_txt @OwenJones84 #SocialistSunday #ToryChaos pic.twitter.com/O1vTK7W8Sz

Sources say Conservative HQ had the posts in mind when selecting Bradley to begin the new ‘things can only get worse’ strategy.

But the empirical evidence that Conservatives posting stuff is detrimental to their cause spans far:

The Tory conference backdrop is effectively a blue screen… When will they ever learn?

Unbelievable! Looks like the Tories are still having problems with their dodgy Conference backdrops….
#CPC18 pic.twitter.com/m1nPhQiyn3

Then there are the Tory politicians who simply expose their own horrendous perspectives. On Facebook, Conservative MP Bob Blackman shared an article claiming raping white girls is part of Muslim culture.

Another comes from a Tory MP with objectively silly hair, Michael Fabricant, who posted an image of a pig mounting Muslim mayor Sadiq Khan:

For those claiming not to know why this is racist, a cartoon of a Muslim – or a Jewish person for that matter – having sex with a pig is deliberate and calculated racism.

It’s okay, though, because Fabricant assured everyone his tweet was an “accident”. Reminds me of the time I ‘mistakenly’ tweeted that Fabricant is a raving buffoon unfit for office.

Corbyn is not a holocaust denier. I am happy to make that clear. My comment referred to @Muhammad_S_85 buying into Corbyn's position on anti-Semitism pic.twitter.com/ROCuCcfmXq

All this suggests that the new Conservative strategy to simply delete the accounts of serving MPs may prove very effective. Watch out, Labour.