A paedophile royal bodyguard was spared jail due to his 'remarkable' career. Had enough, yet? - Canary 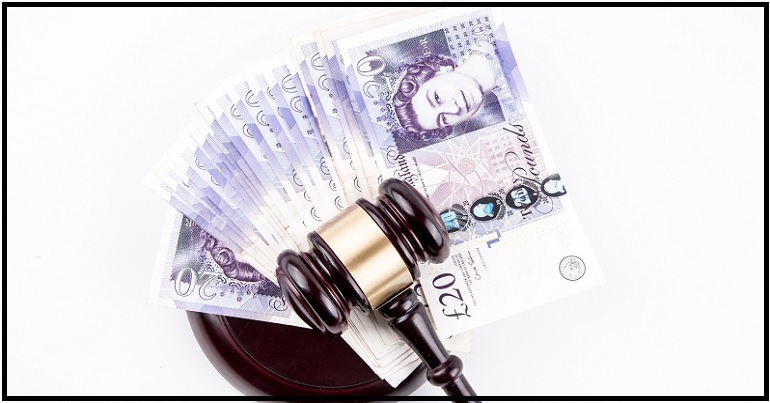 WARNING: THIS ARTICLE CONTAINS GRAPHIC CONTENT THAT MAY DISTRESS THE READER

A sexual offender who owned sickening images of child sexual assault and rape has dodged a jail sentence. The reason the judge let the former royal bodyguard off? Because he had a “remarkable” military career. Had enough of this country yet?

As Kent Live reported, on Monday 8 October a judge gave father-of-five, Timothy Murfitt, a six-month suspended sentence for downloading “really appalling” images of the rape and sexual assault of children. But the judge gave him this sentence because he’d received “levels of considerable praise” from military people. Muffitt was also ordered to carry out 160 hours of unpaid work, placed on the sex offenders register for seven years” and given a sexual harm prevention order (SHPO).

I need to make one thing very clear. This former bodyguard to Prince Harry didn’t just have images which the police grade as the lowest level. He had 171 images in the highest category, level three – which include rape, sadism and bestiality.

Let’s say this for what it is. People may have tied, bound, beaten, whipped or subjected children to severe pain. They may have forced them to have sex with animals. There is probably nothing more depraved.

Kent Live reported that Murfitt spent 24 years in the military, working for the Parachute Regiment, the Royal Engineers and Military Intelligence. He then set up his own private security firm. His career took him to “33 countries including Bosnia, Northern Ireland, Afghanistan and Iraq”. But he was reportedly living with Post-Traumatic Stress Disorder (PTSD).

As Kent Online reported, Murfitt’s defence had argued that:

There is a deeper psychological issue here… He has tried to get help with his mental condition, but has not received much.

He got so desperate that his partner actually wrote to Prince Harry, who he was a bodyguard for at one point. There was very little help for soldiers. This is an unusual case. It is not something that is frequently seen in the context of this offending. There is unique mitigation that accompanies this sort of offending.

He clearly has serious ongoing PTSD. The harm he poses is very low. He has become entrepreneurial. He employs 11 people in his company.

Only in Tory Britain would “entrepreneurial” be touted as a mitigating factor for someone watching child rape. The prosecutor said that Murfitt was “open and honest” with the police. Even though when he was first questioned he claimed he only had adult pornography. So, he lied to start with. He apparently denied having a sexual interest in children and that originally the images had been sent to him. His defence said he was “deeply ashamed of this behaviour”. But Murfitt had still managed to type “toddler”, “kids” and “baby girl pics” into his search engine.

An “exemplary” and “remarkable” paedophile

The judge said of Murfitt:

Equally importantly, you spent a lot of your life working very hard to protect other soldiers from harm…

Your history is remarkable. Your military record seldom reaches the levels of considerable praise that you have from those who dealt with you.

This is utterly out of character. Nothing like this should happen again… I am prepared to suspend the sentence.

It seems that PTSD may have been a factor. Granted, there are limited studies which show a link between increased “compulsive sexual behaviour” and PTSD in military veterans. And judges have spared other men jail due to mental health. In one case where this happened, the man went on to reoffend. But the judge didn’t give Murfitt any kind of rehab or treatment order. So this begs the question: will he reoffend?

The judge said that “nothing like this should happen again”. But this seems at odds with his imposition of a SHPO. According to the Sentencing Council:

In order to make a SHPO, the court must be satisfied that the offender presents a risk of sexual harm to the public (or particular members of the public) and that an order is necessary to protect against this risk.

Generally, there appears to be no hard and fast rule when sentencing men who own child rape and sexual assault images. But the law often appears to spare them jail if they admit they need ‘help’.

But there is often one similarity.

Upper class and enjoy watching child rape? As you were.

A judge spared former Eton student and lawyer’s son Andrew Picard jail. He had downloaded rape images of children as young as two. The judge gave him a ten month suspended prison sentence.

Also if you’re a Cambridge University professor you might get away with it. And even in Scotland’s different legal system, if you’re a police officer or a Tory councillor you could get off lightly. Yet if you’re a baker or unemployed, a judge will quite rightly send you to prison.

But this is the point. It often seems that if you’re of a certain class, you can own the most disgusting images imaginable. And the law will let you partially get away with it. We see the same if you stab your boyfriend, too.

Yet judges send fracking protesters to jail; the same judge spared a paedophile a prison sentence. Meanwhile, our criminal justice system fines and imprisons homeless people, for the crime of being homeless.

Something stinks with the way the law is implemented in the UK And it’s ‘classism’. Meanwhile, does anyone know if Theresa May has found those 114 files on establishment child rape and sexual assault yet? No? Funny that.